Did Leah Remini Get Plastic Surgery? Speculations of Lip Jobs, Facelift and Botox! 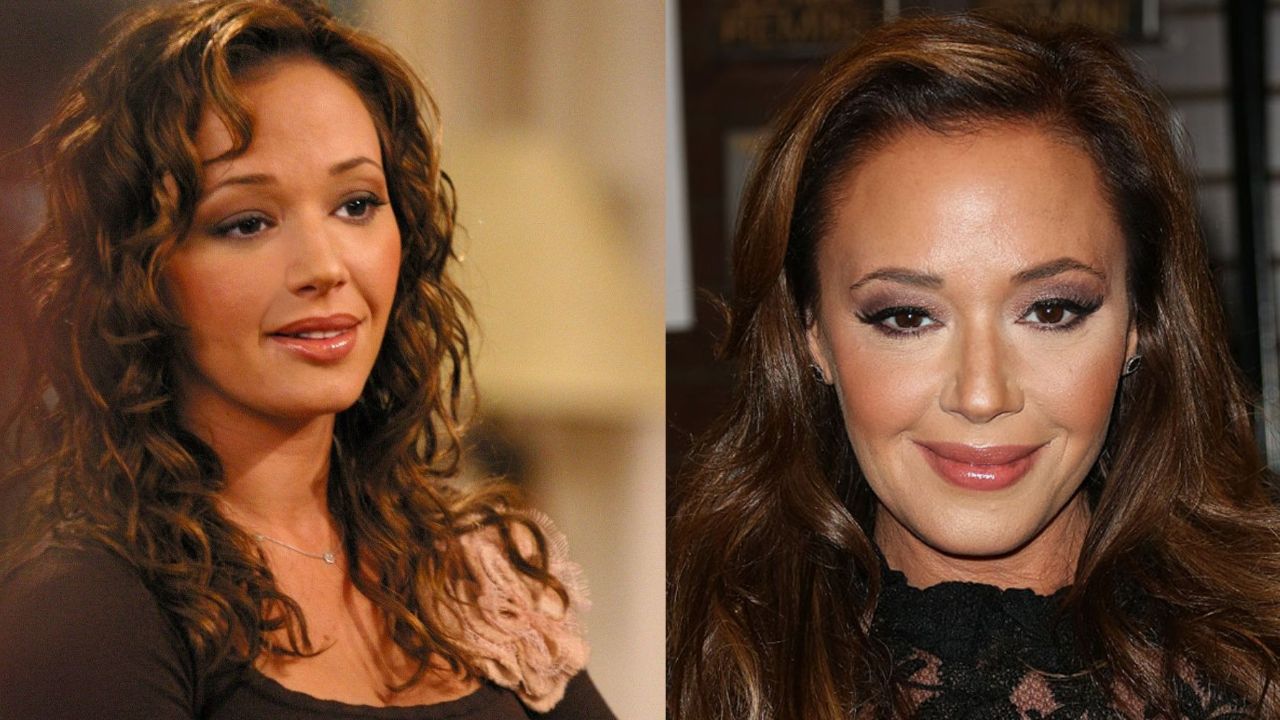 'Did Leah Remini get plastic surgery?' is the question that's going around in everyone's minds after she slammed Tom Cruise for supporting Scientology. The actress is thought to have had Botox, a facelift, and her lips done. Leah Remini has admitted to Botox only which she doesn't consider plastic surgery.

Best known for her role as Carrie Heffernan on the CBS sitcom The King of Queens and as Vanessa Celluci in the CBS sitcom Kevin Can Wait, Leah Remini is a well-known face in the realm of entertainment. An actress, producer, and host of a talk show, Leah's charm and beauty along with phenomenal talent helped her become one of the most famous faces in Hollywood.

One of Leah Remini's early television jobs was the sitcom Who's the Boss?, which spawned a spin-off series starring Remini and Halle Berry called Living Dolls. Leah was also a contestant on season 17 of Dancing with the Stars, where she was paired with veteran dancer Tony Dovolani. The couple competed until the tenth week and came in fifth place. Over the years Remini played multiple roles in numerous series and shows which has spiked her popularity.

Fans have been watching Leah Remini's acting career for years. With that kind of visibility, now comes (it has come before as well) the question if she's had any plastic surgery. They thought that she had Botox, especially because she was looking less natural and more plastic than usual in the episodes of the sitcom Kevin Can Wait. She had also been criticized for getting her lips done. So, did Leah Remini get plastic surgery? Here's the answer to that question!

Previously, we touched on the plastic surgery efforts of Alysia Magen and Meg Ryan.

Leah Remini's Plastic Surgery: Are The Rumors of Her Getting Cosmetic Surgery True; Check Out Her Before and After Pictures!

Leah Remini (@leahremini) is rumored to have undergone several plastic surgery procedures including Botox, a lip job, and a facelift.

Leah Remini has been under the radar of plastic surgery accusations multiple times. Much appreciated for her beautiful features, many believe that Leah's beauty is all thanks to plastic surgery mainly Botox and lip jobs. But is there any truth to any of those speculations?

The rumors of the actress' plastic surgery initially began to surge after the actress allegedly appeared a bit 'different' and had a waxy texture in one of the episodes of  Kevin Can Wait, which led to speculations that she had had Botox. Some of them thought she was sporting false lips, after which fans began to search for her recent pictures and old photos for comparison and seek before and after pictures.

Looking at Leah Remini's pictures before and after, she does look different, but her features don't appear altered. Like we can tell it's the same person because her facial features are the same (maybe lips not so much), yet she doesn't look the same. Let's just say her face changed with the changing time, or maybe she did Botox and had a lip job as well. Botox makes you look different, and by different, I mean plastic especially when there's too much of it.

In July 2015, a Twitter follower chastised The King of Queens actor for wearing false lips, and she promptly retaliated without remorse. She replied to that,

"Actually, my lips are genuine... Maybe it's the Botox that's bothering you. However, thank you for your nasty a** tweet."

Unlike other celebrities, Leah Remini was always quick to call out the unnecessary rumors and allegations surrounding her looks and plastic surgery. On multiple occasions, the star shut down people who asked her whether she has gone under the blades.

The Who's The Boss star also went after viewers who questioned her appearance on her A&E show Scientology and the Aftermath. She fired back,

“Lol. I haven't undergone any plastic surgery but thank you for thinking that. I'll Botox the hell out of it until I do need a real facelift though." You've got it, girl!

While Leah Remini has denied getting any plastic surgery, she did admit to having botox. She also said she would get a facelift and looking at one of her recent pictures, the actress might have finally gotten one. Though not confirmed, the foxy cat-eye look which gave her face a snatched look might either be due to a facelift or just makeup.

All in all, Leah Remini didn't undergo major face-altering plastic surgery but has had small procedures here and there like Botox, and though she has not admitted to it but also a lip job, and a facelift.

Top Gun: Maverick, Tom Cruise's most recent movie, continued to rule the box office as Leah Remini attacked him. And here's the reason why!

Less than three weeks after it opened in theaters, Top Gun: Maverick received acclaim from audiences and made $100 million on its first weekend. Because of Cruise's affiliation with the Church of Scientology, Remini attacked him on Twitter.

Leah Remini, 52, formerly belonged to the Church of Scientology but quit in July 2013 and has railed against it ever since. Tom Cruise, who is 59 years old, is still involved.

Remini tweeted a screenshot of a Facebook post by the ex-Scientologist and her friend Claire Headley in which they accused Cruise of endorsing "a deadly cult that ruined my family."

She said, "So no, I will not watch the movie, nor will I ever support or approve of this scam of a man." She continues, "Trust me, Tom Cruise knows exactly who he is supporting and the abuses the organization perpetuates."

This isn't the first time Leah Remini spoke up against Tom Cruise. Back in 2017, while speaking at a Reddit event, Remini referred to Cruise as 'diabolical' adding that 'there is a public persona of the guy who looks at you directly in the eye, shakes your hand, hugs you, and is an attentive person to you, and there's the person behind the mask who is a completely different person.'