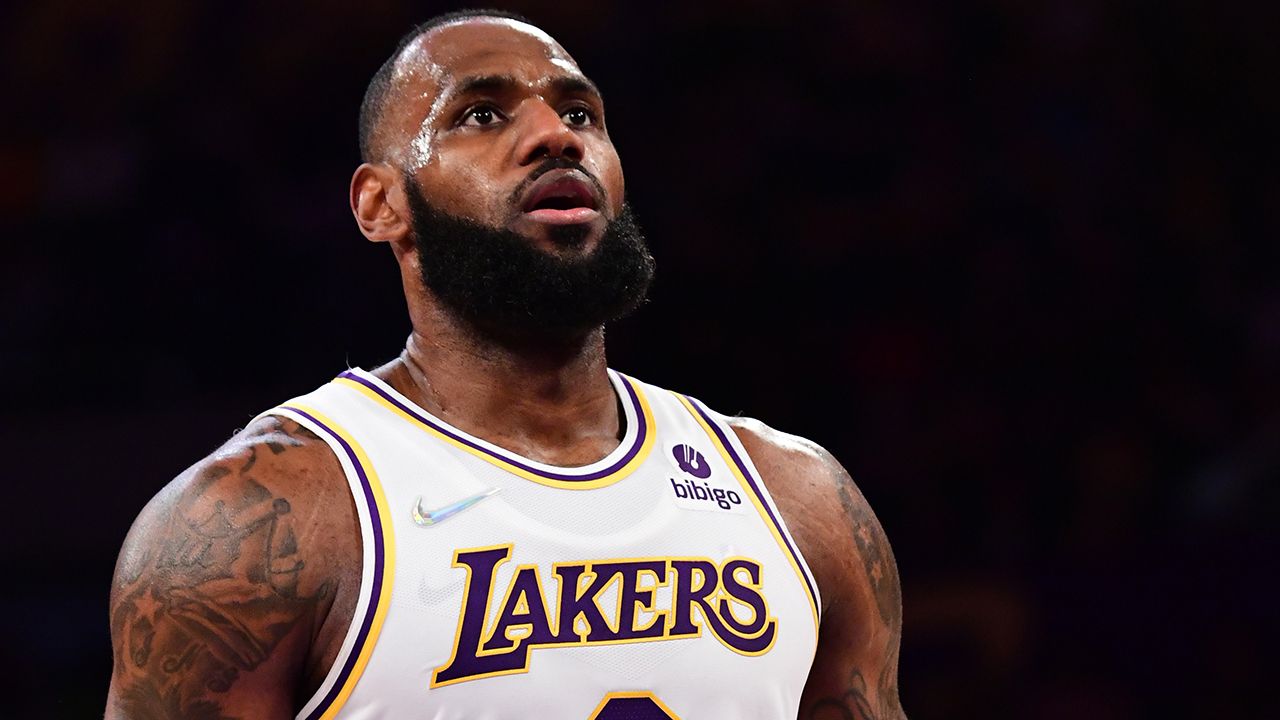 LeBron James’ mistress is a woman named Sofia Jamora. Their affair was exposed by Erza Haliti. Fans wonder if LeBron James cheated on his wife Savannah.

The internet was taken aback by the revelation that LeBron James cheated on his longtime wife Savannah Brinson whilst having three children with her. Recently, the rumors of the world-famous basketballer’s mistress are flying around.

The claims of infidelity are burning as wildly as they could. As crazy as it seems, James allegedly cheated on his forever wifey with an Instagram model and the one who exposed him is someone with quite the number of followers. So, here’s everything we know about LeBron James’s mistress.

Previously, we touched on Noah and Dixie’s relationship status and what happened to Morpheus in The Matrix 4.

Who is LeBron James’ Mistress for Who He Broke the Vows of His Marriage?

It all began when someone with the name Erza Haliti, a former Miss Idaho exposed Sofia Jamora, James’s supposed mistress as well as her ex-best friend, and LeBron James on her Instagram story.

The pageant queen posted a picture of LeBron on her story with the caption, “Am I the only one that’s not a fan of LeBron?” Haliti then added, “I guess I’ve never been a fan of guys that cheat on their wives especially with @sofiajamora.”

Sofia Jamora is a famous model, Instagram influencer, social media star, and also entrepreneur. With a huge number of followers on her platform, Jamora has made a brand for herself with her incredible looks and stunning pictures.

Mostly modeling for bikini brands, Zamora is known for being in a music video of Zayn Malik. The model was also rumored to have made out with Zayn Malik. Already a famous personality, Jamora’s popularity skyrocketed when her name was joined with the one and only LeBron James.

While the rumors of the cheating spread like wildfire, there were no comments on the issue by either LeBron or Jamora. LeBron and his wife Savannah remained tight-lipped. The pair too posted a video of their family showing off the harmony they have instead of the rumors of James’s mistress.

On the other hand, Jamora too didn’t speak a word on the topic but was posting subliminal and cryptic messages for Erza following the internet chatters.

While she did not confirm or deny the allegations of an affair, she implied that Erza’s betrayal had devastated her. On an Instagram story, the model posted, “You will hurt. You will heal.”

“People don’t recognize how much words can actually hurt,” the model wrote in her Twitter post. Jamora’s comment section was quickly flooded with people asking if she was talking about the recent drama.

“Damn yo friends turned on you and bron?” one penned. After lighting the fire, Erza kept silent about the issue and provided no evidence or explanation to support the allegations.

Despite losing to the Brooklyn Nets on Christmas Day, LeBron James had fantastic gameplay and the time of his lifetime. On December 25, James was ranked second in the all-time list of players with the most points scored.

With 395 points scored in 16 Christmas Day games during his career, Kobe Bryant was at the top of the list. LeBron was only 12 points away from breaking the record, and he shattered it tonight with a 39-point performance.

Just months before Bryant’s untimely death, James notably eclipsed Kobe in the NBA’s all-time scorers list. The news has been all over the internet now exciting LeBron James fans.

Hopefully, despite the Lakers’ latest loss to the Brooklyn Nets, the ‘King’ enjoyed this record. He was also attempting to break the NBA’s all-time record for most wins on Christmas Day. Tied for first place with former colleague Dwayne Wade, James didn’t win this time.

If the Lakers play on the 25th again next year, LeBron might be able to beat the record. This season has been difficult for the ‘King,’ as his squad has been vanquished by nearly all of the NBA’s top teams. They are a long way from the title-winning team from the year 2020.

Even if the Lakers aren’t having a good season, LeBron James continues to put on fantastic performances. His lack of collective success has little to do with his own performance level, but rather with the team’s general defensive performance.

Despite James’ efforts, Brooklyn was able to make a statement tonight, with James Harden putting up a monster triple-double to help Brooklyn win at the new Crypto.com Arena. James got his record, but he had a bittersweet sensation when he exited the game.