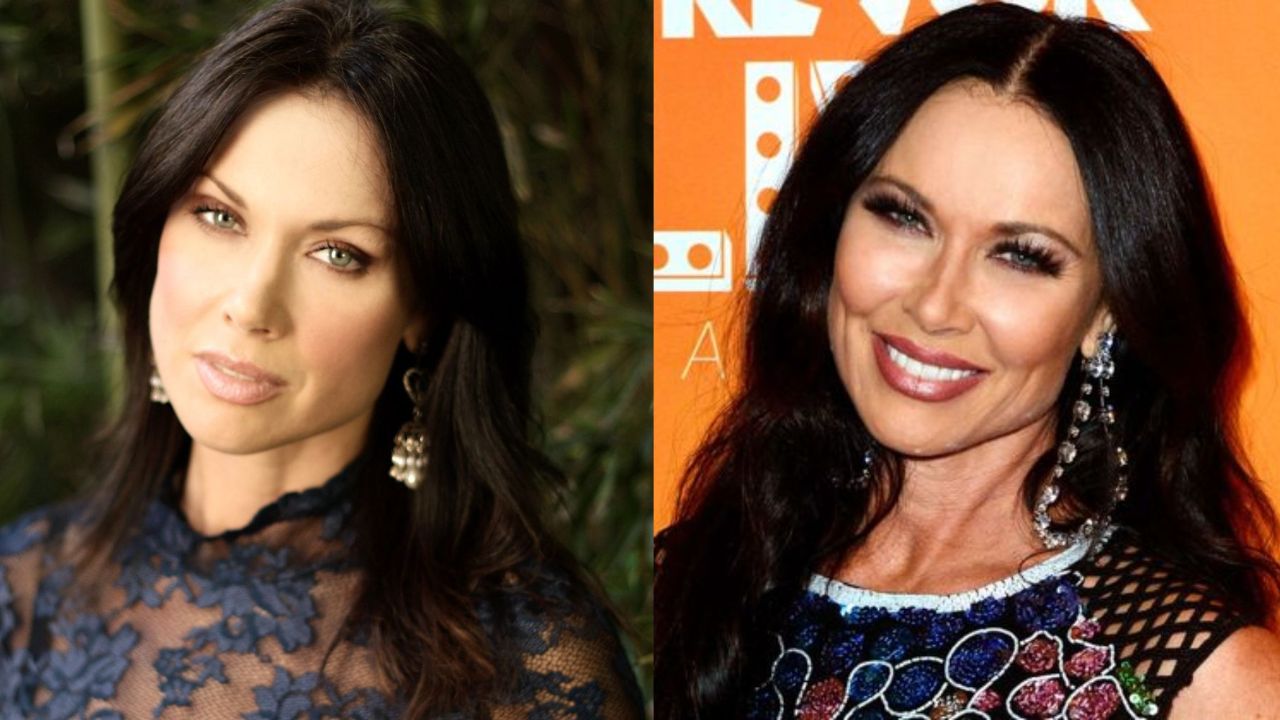 LeeAnne Locken is an American actress and television personality who is mostly recognized for starring in the Bravo reality series The Real Housewives of Dallas. She started her career in television as a beauty pageant queen when she competed in the Miss America pageant and came in sixth. Fans may also recognize her from Big Rich Texas or from Miss Congeniality, where she played the role of blonde Miss Nebraska. She had her own clothing line called Infinity Dress.

She currently promotes different companies on Instagram. On one such promotion, fans noticed that she looked unrecognizable after which her plastic surgery became a hot topic of discussion. She has been very candid about the work she has gotten in the past but fans think she has gotten more. Let’s find out more about LeeAnne Locken’s plastic surgery!

Also, check out the plastic surgery stories of  Amy Poehler and Amelia Gray.

LeeAnne Locken’s Plastic Surgery: The Reality Star Has Opened Up About Breast Reduction, Botox, and Hand Fillers; Experts Believe She Has Had More!

LeeAnne Locken (@leeannelocken) has been very open about choosing to have plastic surgery. She has candidly spoken about getting multiple breast reduction procedures, Botox, and hand fillers. Experts also believe that she has had cheek fillers and a lower eyelid lift though she had not admitted to those.

LeeAnne Locken recently shared a photo of herself promoting a weight loss product on Instagram and she literally took her followers’ breath away and not in a good way. She looked so unrecognizable that people must not have placed her until they looked at her name. She was so yassified that many people criticized her for over-filtering herself. Many thought the difference in her face from before was more due to plastic surgery.

After that, her fans were left wondering if she had any new plastic surgery, other than the ones she had already had. If she had, maybe she would talk about it. She has never been the kind to shy away from the work she has had. Remember that time when she confessed to getting Botox while she was defending her plastic surgeon Dr. Robert True against attacks by costar Cary Deuber?

LeeAnne Locken was not just well-versed in the credentials of her doctor but she also was very close with him to defend him fiercely like that. In his defense, she said to fellow housewife Brandi Redmond,

LeeAnne Locken also had hand fillers. Hand fillers??  That’s right. She had hand fillers. We might have never heard of such plastic surgery procedures (technically, it’s just an injection but still) but The Real Housewives of Dallas alum has already got’em. She got them just in time to make her hands gorgeous while exchanging rings at her wedding. She documented her experience of getting injections in her hands ahead of her nuptials. In an Instagram story a few weeks before the wedding, she posted pictures of her swollen hands and wrote,

I just got my hands filled! I wanted my hands to look pretty for when we [exchange the rings].

Sivan Parienta, who was the one who injected LeeAnne Locken’s hands, said that hand fillers can make your hands look youthful as people don’t see much of the veins as they did before. And even though hands might look swollen at first, that will go down and Locken’s hands were going to be gorgeous in time for her wedding. Say no to wrinkly old hands with veins visible and say yes to plastic surgery!

Besides the hand fillers, LeeAnne Locken also got breast reduction procedures multiple times. This was also a bit surprising and a bit extreme because normally people have plastic surgery to enlarge their breasts and mostly, just one time. In a 2018 interview on The Domenick Nati Show, she revealed,

I think I am on my third or fourth breast reduction. Listen, God can be generous, sometimes too much.

The plastic surgery for breast reduction was extreme not just because of how many times she had it but also because after one of the procedures, she contracted a flesh-eating bacteria that made her very sick to the point of death. She said that it took three months to stop the disease from eating her skin and for the necrosis to stop. And to get her organs to function normally, it took seven months.

LeeAnne Locken was incredibly ill and would sleep 18 hours a day. It nearly killed her. There were holes in her body. Recalling a very disturbing experience, she shared that there was a morning when she showered and she could see a blue stitch from her surgery and after three hours, when she reached the doctor, the entire stitch had been eaten up by the bacteria. She somehow made it through the horrifying experience.

The former beauty pageant queen has other plastic surgery procedures as well, besides the ones she has opened up about, the experts say. Dr. Anthony Youn believes that she has had a lower eyelid lift wherein the fat from the lower eyelids is removed to make them look less puffy. He also suspected that Leanne Locken has undergone injections of a filler to her cheeks causing them to look plumper.