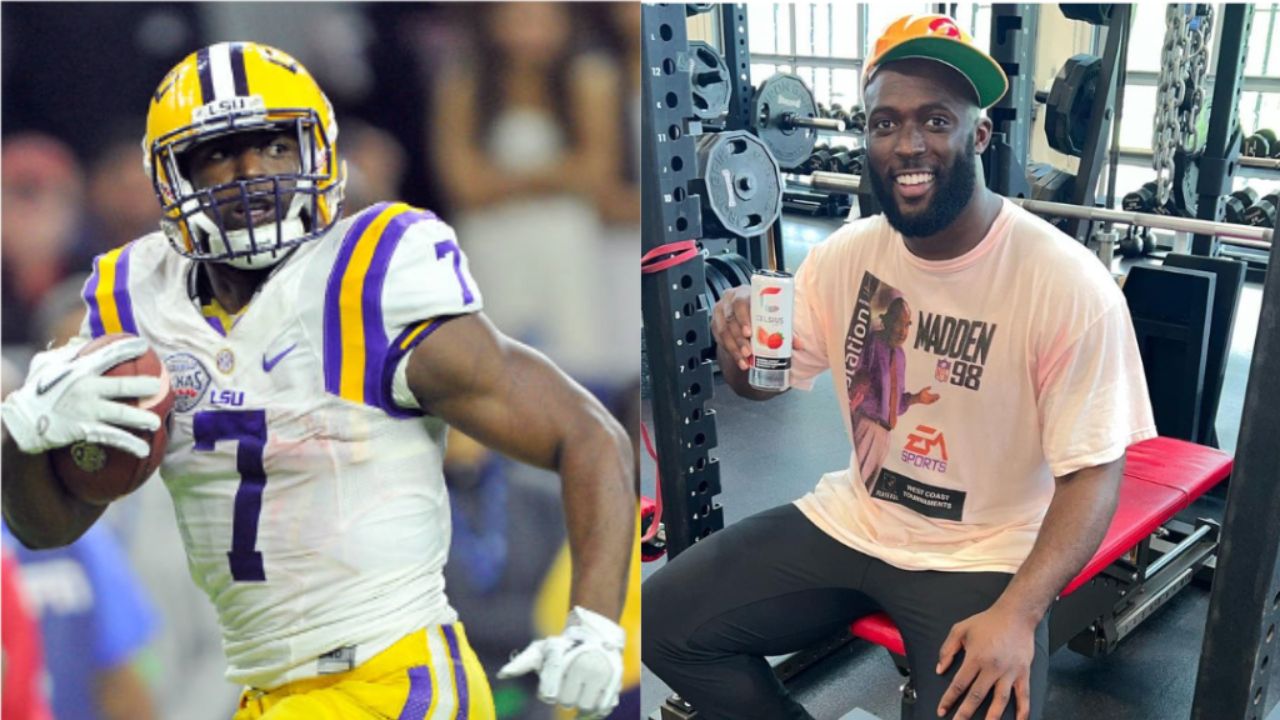 Leonard Joseph Fournette is a well-known American football running back for Tampa Bay Buccaneers and athletes. The Jacksonville Jaguars selected Fournette fourth overall in the 2017 NFL Draft after he played college football at LSU. ESPN, 247Sports.com, and CBS all named him the top player in the 2014 senior class. However, Leonard has been involved in football since he was in elementary school.

Leonard Fournette was born on January 18, 1995, in New Orleans, Louisiana. He is currently 27 years old. Leonard’s father is Leonard Jr., and Leonard’s mother is Lory Fournette. He has three siblings: Latae, Lanata, and Lanard. In terms of his education, the star attended St. Augustine High School, where he also played football. The athlete went on to attend Louisiana State University to further his education.

Fournette is currently weighing in at a whopping 260 pounds. However, his weight was 228 pounds, implying that the Buccaneers’ running back may have spent too much time enjoying himself in the offseason rather than exercising.

A 32-pound gain in such a short period of time is quite remarkable. Regardless, a significant weight gain enough to irritate coaches is a primary concern for fans, especially given that Fournette just signed a three-year, $21 million contract extension with the Buccaneers.

Previously, we touched on the weight gain efforts of Tyra Banks and Natasia Demetriou.

As the Tampa Bay Buccaneers training camp approaches, Leonard Fournette (@leonardfournette) is attempting to block out the harmful noise. He was the subject of an unflattering, humiliating report of weight gain.

The Buccaneers’ bruising running back, listed at 228 pounds, reportedly arrived at mandatory minicamp “a donut shy of 260.” Coaches in Tampa Bay were reportedly unhappy with Fournette’s weight gain, especially since he did not participate in organized team activities during the spring.

Leonard Fournette took to Twitter on Tuesday and posted a stern message. He tweeted, “They wouldn’t have the same energy in your face so why entertain them…… See y3’all September 11.”

Of course, we can’t say he is reacting to the weight gain report. But, given that he sent the tweet just over 24 hours after the story broke, it seems reasonable to assume what he’s referring to in his message to his detractors.

The Buccaneers’ 2022 season begins on September 11, as you might have guessed. Fournette and company will be in Dallas for the Cowboys’ Week 1 primetime game.

To be clear, the NFL season does not begin for another month and a half. That means Fournette will have more time to prepare for the game. It’s not uncommon for players to relax their workout routines during the off-season. Weight gain happens all the time in every sport.

However, Leonard Fournette is reportedly arriving at minicamp 30 pounds heavier than last season. Fournette is an excellent runner. That is a fact, but he is also growing older. He’s currently 27 years old and any father who enjoys beer will tell you that the older you get, the more difficult it is to lose weight.

It’s understandable for coaches to be frustrated with one of the offense’s most important components reportedly weight gain.

Leonard Fournette (@_fournette) re-signed with the Buccaneers on a three-year, $21 million contract on March 23, 2022. Fournette signed a one-year contract with the Tampa Bay Buccaneers on September 6, 2020. After scoring a touchdown in the Buccaneers’ Super Bowl victory over the Kansas City Chiefs, Fournette earned the nickname “Playoff Lenny,” which later evolved to “Lombardi Lenny.”

Leonard Fournette re-signed with the Buccaneers on a one-year, $3.25 million contract on March 31, 2021. Fournette signed with Complexity Gaming in 2021. After the National Football League uniform numbers rule changed in April 2021, Fournette was one of the first players to change his jersey number. He chose to wear the number 7, which he wore at LSU during his college career.

Fournette was named NFC Offensive Player of the Week after rushing for 100 yards, receiving 31 yards, and scoring four touchdowns in a 38-31 victory over the Indianapolis Colts. He was placed on injured reserve on December 23, 2021, after suffering a hamstring injury in Week 15. Moreover, he was activated on January 22, 2022.

Trending
Has Amanda Holden Had Plastic Surgery? What Are the 51-Year-Old Star’s Beauty Secrets?
Trending
Rita Ora’s Weight Loss: How Did The Singer Lose Weight? Check Out Her Workout Schedules, Diet Plan, and Before and After Pictures!
Trending
Roisin Conaty’s Weight Loss: Did the After Life Cast Get Slimmer than Before?
Trending
Lizzie Cundy’s Plastic Surgery: What Procedure Has the Former WAG Had?
Trending
Carol Vorderman’s Plastic Surgery: What’s the Secret of the Countdown Star’s Young Looks and Her Curvy Shape?
House&Whips
About UsPrivacy PolicyTerms of UseDMCAContact
House&Whips is a leading media and entertainment source as a fast-growing information hub. For promotion or advertisement, please mail us at [email protected]