Lil Yachty’s Weight Gain: The Rapper Was Often Called Fat and Body-Shamed By His Fans! 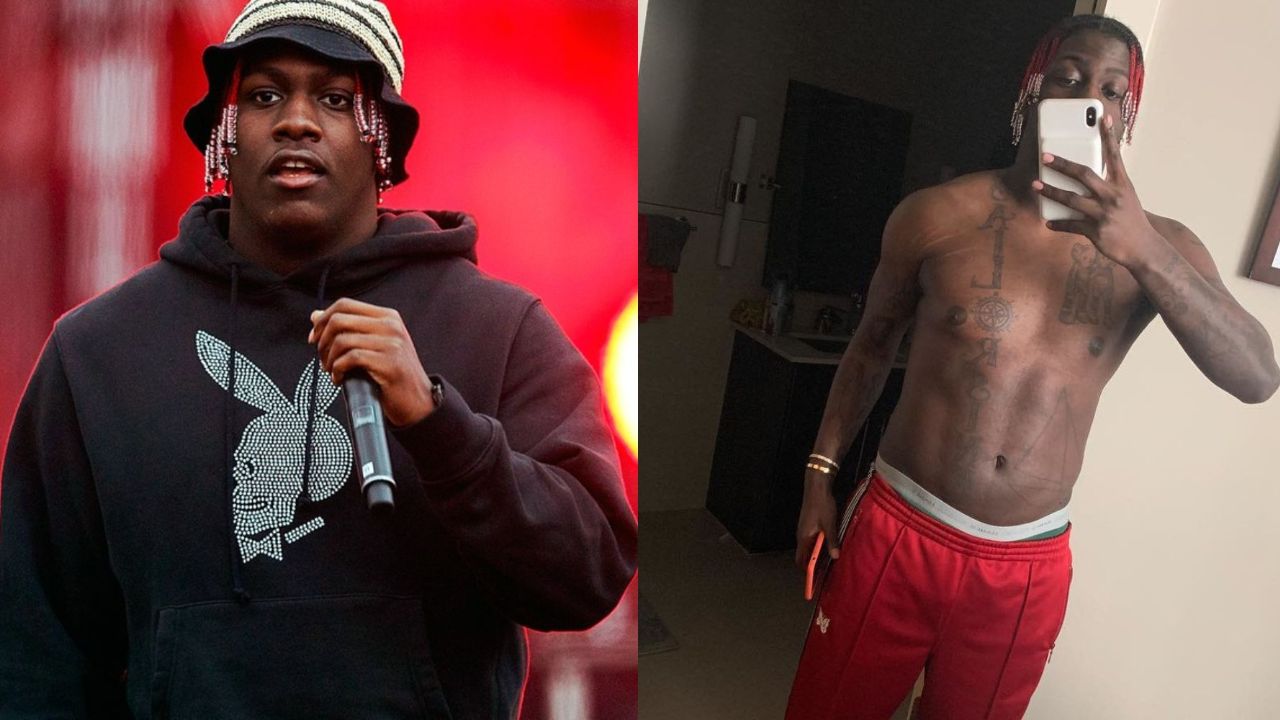 Lil Yachty would always be on the receiving end of fat-shaming for his weight gain every time he appeared less than perfect and a little bigger. The rapper was often frustrated with being called fat as he didn’t want people to think that. So, Lil Yachty tried to debunk his weight gain by posing in shirtless photos to make a point that he was more svelte than chubby, which sparked more criticism.

Lil Yachty (real name Miles Parks McCollum) is an American rapper who first came into fame when he gained recognition on the internet in 2015 for his singles One Night and Minnesota (featuring Quavo, Skippa Da Flippa, and Young Thug) from his debut EP Summer Songs.

Next year in March, he released his debut mixtape Lil Boat and in June, Yachty announced that he had signed a joint venture record deal with Motown, Capitol Records, and Quality Control Music. He has released four albums since then, beginning with Teenage Emotions in 2017. His second and third studio albums, Lil Boat 2 and Nuthin’ 2 Prove both were released in 2018, and his most recent album Lil Boat 3 was released in 2020.

All four of his albums did commercially well and charted within the top 20 of the Billboard 200, with Lil Boat 2 peaking the highest at number 2. Besides that, he has also released several mixtapes and EPs throughout his career.

Throughout his career, he has faced a lot of fat-shaming as well. Anytime he looked less than perfect and appeared bigger, people could never refrain themselves from commenting on their weight gain. One time, he even posed shirtless to show he was svelte more than fat which only drew more criticism. Here are all the details about Lil Yachty’s weight gain!

Previously, we touched on the weight gain stories of Conor Mcgregor and Sam Smith.

Lil Yachty (@lilyachty) didn’t usually have issues with his weight wherein he would have problems with the size of his body and how he looked. And that time as well, he really didn’t have any issues with his weight because it was other people who did. Others were the ones who didn’t like the way he looked and they fat-shamed him for his weight gain. This was back in 2019 but things haven’t changed much since then.

Just for one instance, once in 2019, there was a time when Lil Yachty just couldn’t catch a break on social media and who knows what goes on his mind usually but pretty sure, he regretted getting ever famous then because some of his photos where he looked a little bit bigger invited unwanted attention to it. Fans were discussing his weight gain and scrutinizing his body intensely.

Lil Yachty, not very long after fans found themselves freely commenting on his body, got tired of fans calling him overweight. The rapper was constantly reminded of the slight weight gain he never even considered because of that. All that kind of fat-shaming wasn’t exactly new to him as he had known it for the number of times that he got fat. As a public figure, that was a lot.

In one picture of the rapper, Lil Yachty was posing in a white T-shirt in New York City which seemed just fine until the stream of insults and body-shaming began. There were lots of comments with the same tone like “u fat”, “getting a little chubby Boat”, and “Yachty been eating good.” He felt defensive about his weight gain and he responded by posting a couple of shirtless photos to prove otherwise.

However, it only grew worse since then. Lil Yachty didn’t want any people to think that he was fat and he didn’t ever want to be fat-shamed either. That was why he posed shirtless at all to show that he was not fat because he did not feel comfortable when people were hurling abuse at him before for his weight gain. He must have realized later on that it was the fat-shaming and not the abuse that concerned her.

Anyway, Lil Yachty got further blowback for posing shirtless to prove that he was not fat for being too shallow and not fit for fame. People do not run out of things that they can always blame others for, do they? But he already knew better than to focus on that now and so, he again shared a picture of himself in red sweatpants and explained his weight gain and why he may appear overweight to some people. He was really frustrated at all the fat-shaming he was getting at this point.

Y’all buggin who fat…I’m tired of y’all trying me like I’m just some large ass n—-. I like big shirts and I got a chunky face.

Only to be met with comments from fans who think it would be better for the Minnesota rapper to spend some time at the gym. One person wrote, “Man if you don’t get yo old ass back up and do some lifting u gon get chubby like a wombat.” His post trying to explain his weight gain by showing that he was not svelte than chubby seemed to spark more harsh criticism.

The comments were all like, “He just wide,” “You not fat boo but the way your body set up you 2 cheeseburgers away,” and “He shaped like Tracy Morgan.” He didn’t post any more shirtless photos after the negative feedback trying to explain his weight gain.