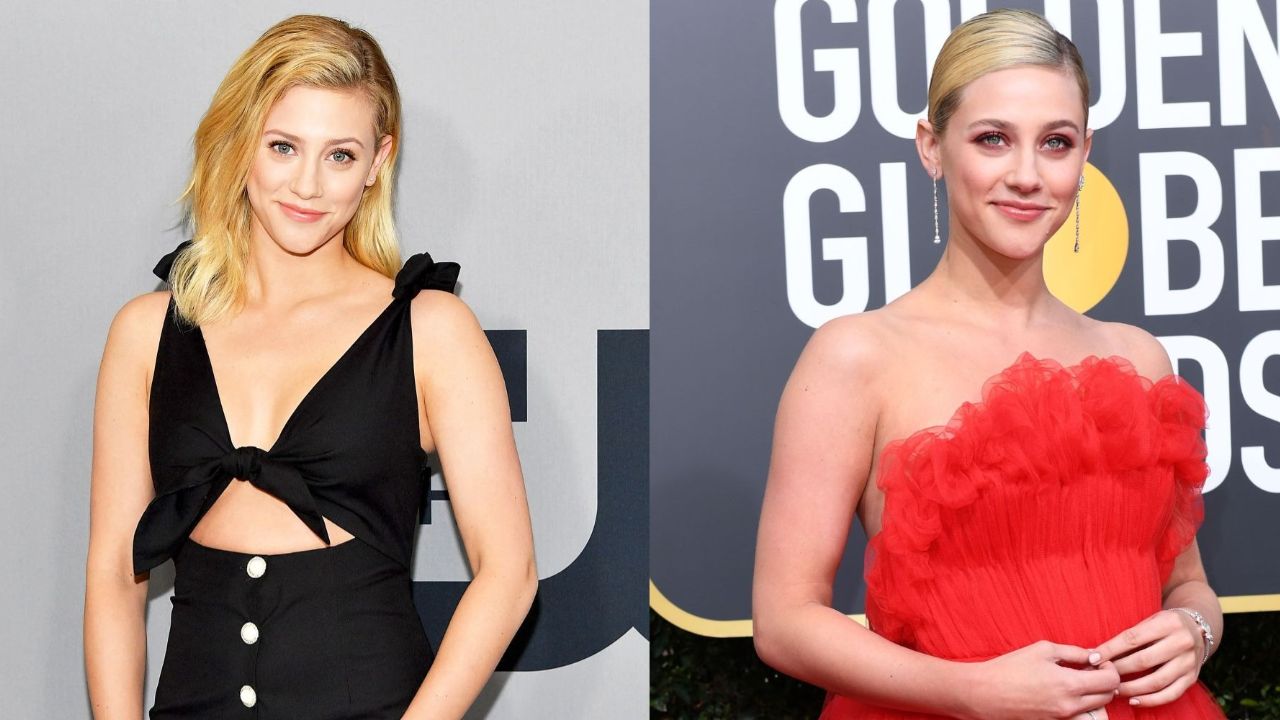 Lili Reinhart neither had any weight gain in recent times nor is she pregnant. The Riverdale star just plays a pregnant woman in her latest movie Look Both Ways. Lili Reinhart had weight gain two years ago which she said made her feel insecure. She also criticized the people on Reddit invalidating her struggles with body image issues.

Lili Reinhart is an American actress who is best known for portraying Betty Cooper on The CW teen drama series Riverdale and Annabelle in Lorene Scafaria‘s black comedy crime drama film Hustlers. She is also well recognized for the portrayal of Grace Town in Chemical Hearts, a film adaptation of the novel Our Chemical Hearts by Krystal Sutherland.

The latest movie the actress did is Look Both Ways which was released on August 17. She plays a pregnant woman in the movie but many fans have come to wonder if she’s pregnant in real life as well. Plus, they also want to know her weight gain story and how she handled it because she has always been a vocal advocate about body image issues. Continue reading to know more about Lili Reinhart’s weight gain!

Previously, we touched on the weight gain efforts of Luke Bryan and Lamar Jackson.

Lili Reinhart (@lilireinhart) has never been shy from having conversations about the increasingly worrying state of people’s relationships with their bodies. Body image issues seem to be a universal problem now (people are triggered by the slightest weight gain) and she understands that very well. The insecurity arising from having a less-than-perfect body and the feeling of inadequacy that comes with it because now people’s self-worth is tied to their physicality in the worst way possible.

Because Lili Reinhart has always been vocal about body image issues, people want to know if she has any weight gain story about how she felt about it and how she dealt with it. There are some fans who think that she might be pregnant. However, the rumors of her being pregnant seem to not be related to the weight gain queries at all.

As it turns out, in the latest movie of Lili Reinhart that came out on Netflix titled Look Both Ways, she plays a woman called Natalie who finds herself stuck between two parallel realities on the eve of her college graduation, and in one of the reality, she is off to LA to pursue her career whereas, in the other, she is pregnant and must navigate motherhood in her hometown, Texas.

So, all the fans googling ‘Is Lili Reinhart pregnant’ can put their phones down because she is not in real life. Only in one of the realities of her movie Look Both Ways is she pregnant. It’s all reel life.

As for the weight gain, in the press the actress has been doing for Look Both Ways, she didn’t appear to have gained weight. But about two years ago, in February 2020, she opened up about feeling insecure after gaining some weight. She said that it was something she’s been struggling with on a daily basis and it didn’t help when she would be compared to other women.

Lili Reinhart talked of the time she had a weight gain due to depression and how she felt very insecure about it. She did a bra and underwear scene because she felt it was her obligation to be strong and show confidence in herself looking the way she did and she wanted other young women to see her body on television and feel comfort in the fact that not everybody was a size zero. But she was insecure about weight gain the whole time.

The Riverdale star also slammed the critics, who are mostly Reddit and Twitter users, who exacerbate her struggles with body dysmorphia by invalidating them because she looked skinny to them. She didn’t appreciate it when they say things like she is either not curvy enough or not skinny enough to feel insecure about her body. There are lots of discussions like these about her contributing to perpetuating certain standards of beauty to talk about weight gain and other issues, especially on Reddit.

There was also a time when Lili Reinhart was triggered by fan speculations on Reddit of her being pregnant just because of normal/ routine weight gain/ a slightly bloated look. She shut down those baseless rumors and turned that situation into a teachable moment when she wrote on Instagram stories,

It’s unfortunate that one unflattering photo of my stomach circulating the internet causes hundreds of people to think that I’m pregnant. Nope. Not pregnant. This is just my body. And sometimes I’m bloated. Sometimes an unflattering photo is taken of me. Sometimes I go through periods of time where I gain weight. My body is something I will NEVER apologize for. My body will constantly go through change. And so will yours. And that’s fine. So let’s not put so much time and effort into caring about a stranger’s figure.

Reddit just won’t give her a break and that’s why Lili Reinhart gets all serious about the weight gain issue. However, she sometimes takes it lightly when Reddit is not in the picture. Like when she joked that viewers would be able to tell which scenes were filmed before quarantine and which were filmed after because of the weight gain and suntans.

Lili Reinhart, just a few months ago, admitted on Instagram that she had been struggling with obsessive thoughts about her weight and finds it challenging to look at her body with love instead of criticism even when she didn’t have any weight gain.