Linda Evangelista’s Weight Gain: Before and After Paradoxical Adipose Hyperplasia! 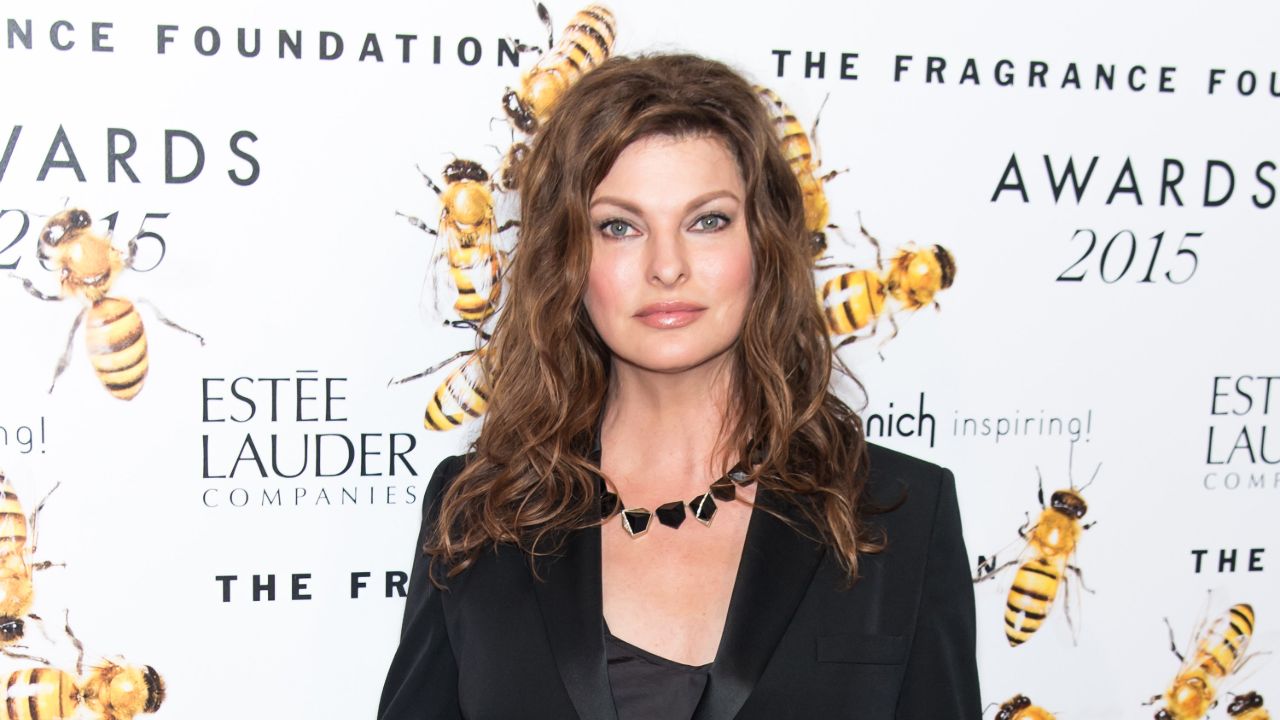 Linda Evangelista recently made a public comeback with a visible weight gain, which was due to protrusions forming in her chin, thigh, and bust areas because of a botched fat-freezing CoolSculpting surgery, with a rare side effect, known as Paradoxical adipose hyperplasia (PAH). Besides her weight gain, fans wonder about Linda Evangelista’s deformed body before and now as well as before and after CoolSculpting that led to disfigurement.

Linda Evangelista is one of the most accomplished and influential models of all time who has been featured on over 700 magazine covers.

She is the longtime “muse” of photographer Steven Meisel who doesn’t ‘wake up  for less than $10,000 a day.’  She was one of the most famous women in the world during the late 1980s and throughout the 1990s.

She was a member of the ‘Big Six’, the most famous supermodels of the 1990s, including Naomi Campbell, Cindy Crawford, Kate Moss, Christy Turlington Burns, and Claudia Schiffer.

She was voted “The Greatest Supermodel of All Time” by the viewers of the television show Fashion File in 2008. Let’s catch up with her!

Previously, we touched on the weight gain efforts of Mark Wahlberg and Carson Daly.

What is the Reason Behind Linda Evangelista’s Weight Gain?

When’s the last time you saw Linda Evangelista? Let me refresh your memory. We last saw the supermodel on the cover of Zoo Magazine’s 50th issue in April 2016.

As for public appearance, we saw her with fellow supermodels Christy Turlington and Naomi Campbell in a campaign for the Elephant Crisis Fund in September 2016. Then, she disappeared from the public eye. So, why did she go on a public hiatus? We have got it covered.

After living in seclusion for more than five years, Lina Evangelista is back and she is back with a very sad and regrettable story to share with the general public that involves plastic surgery gone very awry that ruined her body and self-esteem, and life. Her going into isolation had everything to do with this.

So, what happened was the supermodel had been making a little buzz in some tabloids in 2016 when she was 50 about her weight gain and related or unrelated to this (we may never know), Linda Evangelista had been undergoing seven sessions of CoolSculpting- an FDA-cleared “fat-freezing” procedure from August 2015 to February 2016.

Then the greatest irony and tragedy struck her when the procedure Linda got done to decrease fat cells backfired on her and her fat tissues got enlarged more than ever, disfiguring her. Fate played a cruel joke on her when she came under less than 1% of CoolSculpting patients who get affected by a rare side effect of the procedure.

In the months following Linda’s procedure, bulges began to form at her chin, thighs, and bust area- the same area where she got the treatment done to shrink were growing. They eventually hardened and turned numb. Linda was terrified when certain parts of her body began protruding.

Thinking it was something she did wrong, Linda did everything in her power to fix it. She started dieting and exercising. It got to the point where she completely stopped eating. But the bulges did not go away. She thought she was losing her mind. She couldn’t take it anymore.

So, Linda went to her doctor in June 2016, and only then did she become aware that the fat-freezing treatment had gone botched. A very uncommon side effect, really, known as Paradoxical adipose hyperplasia (PAH), she was diagnosed with.

Under this condition, the affected fat tissues thicken and expand which causes the treated area to become larger in the weeks after the procedure. It then leaves a painless, visibly enlarged, firm, well-demarcated mass underneath the skin. This was not fixable by any amount of dieting and exercise.

According to a New York City plastic surgeon Dr. Alan Matarasso, in some instances, PAH may never go away and affected areas are no longer amenable to liposuction like they would’ve been in the first place.

Linda Evangelista’s doctor then contacted CoolSculpting about PAH and the corporate offered to ‘make it right’ by paying for the corrective liposuction by the surgeon of their choosing in exchange for her silence about the entire physical, mental and emotional ordeal.

Linda was told on the eve of the procedure that the surgery would be covered for by Zeltic Inc., only if she signed a confidentiality agreement. She declined them on their affair and proceeded forward with the corrective surgery with her own money. She underwent two full-body liposuction surgeries in June 2016 and another in July 2017.

But that turned out to be just pain because her condition did not change even after she wore compression garments, girdles, and a chin strap for eight weeks, as was advised in case the PAH came back. She said that it did not get even a little better.

Because the bulges are hard, she has to walk with a girdle in the dress or else, she will chafe to the point of bleeding. And because the bulges prevent her from putting her arms flat along her side, her posture has also been affected.

After remaining in hiding because she was disfigured to the point of being what the media describes as ‘unrecognizable’, she finally decided to go public with her story, which she announced via a post on her Instagram page (@lindaevangelista).