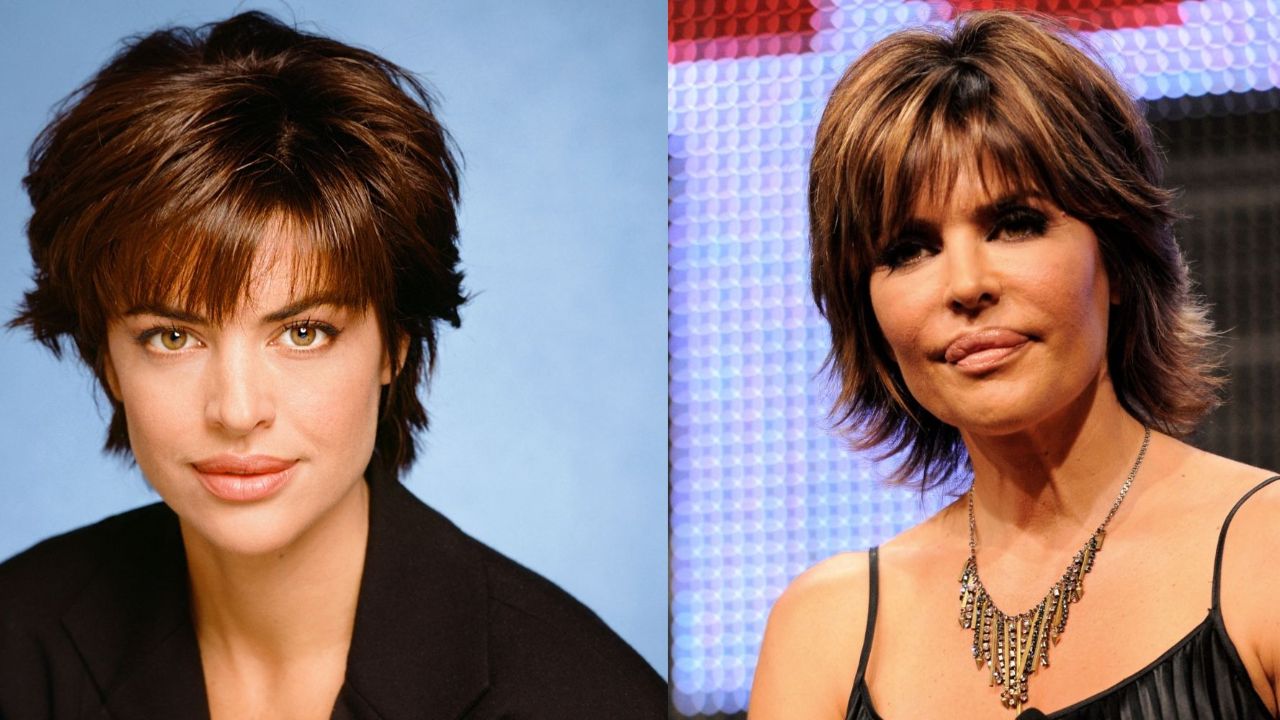 Lisa Rinna’s plastic surgery lips are currently trending on the internet after her recent ‘not racist’ rant in a now-deleted Instagram story. The Real Housewives of Beverly Hills alum got four injections on her lips in the 80s to get permanent fillers. It was fine in the 90s but after, her lips started getting hardened and became misshapen after which she got reduction surgery. Learn the story of Lisa Rinna’s plastic surgery lips.

If there is one person who can turn the tide of backlash without lashing out, then it is definitely not Lisa Rinna. The way that The Real Housewives of Beverly Hills alum who has been on the show since 2014 handled, or should I say mishandled, the recent racist PR crisis is very poor, to say the least.

After starting her career in acting in the 90s and gaining national recognition for her roles as Billie Reed on the NBC daytime soap opera Days of Our Lives and Taylor McBride on Fox’s television drama Melrose Place, she has made her name as a television personality after joining the Bravo’s The Real Housewives of Beverly Hills. So, you would think she would learn by now to respond appropriately to the social media backlash. If you did, you’re wrong.

It all started when Lisa Rinna, who has also been a contestant on NBC’s The Celebrity Apprentice and ABC’s Dancing with the Stars, responded to Garcelle Beauvais (the first black member of RHOBH) calling newcomer Diana Jenkins uneducated for her racially insensitive comments to a Black content creator. She went on to defend the racist comments?? by saying that if they fight with Garcelle, it’s because they fight with everyone and not because they are racist.

Lisa Rinna went further and called the ones triggered on social media ‘ho**’ and ‘p***’ and told them to watch Dubai, after which The Real Housewives of Dubai star Chanel Ayan promptly fired back at her and told her to keep Dubai out of her mess and her mouth. She also mocked her lips and tweeted, ‘Rinna Africa called and they want their lips back,’ which turned all the attention to Lisa Rinna’s plastic surgery lips.

Her lips were likened to African women’s because most of them, in general, tend to have voluptuous pout and full lips, which is something Lisa has also, the only difference being African women’s are natural while hers are artificially inflated. Hence, the name plastic surgery lips and two scandals brewing at once. Either way, I think you could say Lisa Rinna’s kind of mouthy.

Previously, we touched on the plastic surgery efforts of Natalya Neidhart and Chelsea Handler.

Lisa Rinna’s Plastic Surgery Lips: The Actress Got Lip Injections In The 80s; Had Lip Reduction Surgery After 10 Years!

Though Ayan’s tweet shifted the public’s attention from the racist rant to Lisa Rinna‘s (@lisarinna) plastic surgery lips, it might not be deserving of too much credit for that because Lisa’s lips have always been celebrity in their own rights. Whenever you take a look at Lisa, her lips are hard to miss. And this recent fixation on them is not new, but merely resurfaced.

She is known for her plump pout, which is the result of the surgical enhancement she has had. In the late 80s, young Lisa Rinna was instantly attracted to Barbara Hershey‘s full pout in the 1988 film Beaches so, she signed up for the permanent plumper. She was 24 and didn’t give it a second thought and got four injections to plant permanent silicone fillers into her upper lip, all while leaving the lower lip untouched.

It took some time but Lisa Rinna did come to regret her plastic surgery lips. While she has certainly enjoyed the attention that her newly full lips brought her, that was a hasty and impulsive decision made without much thought and information. As she said herself, she was crazy to even touch them. After about ten years, in the late 90s, the silicone in her upper lips started seeping throughout her lip creating scar tissue that was ‘hard and bumpy, like peas’, which made her lips get that hardened look and ruined the ‘Barbara Hershey’ look she was going for.

Lisa Rinna’s plastic surgery lips were no longer the things she had once loved. They lost the soft look they had to them, which she tried to correct with a cortisone injection. But instead of reducing the swelling, the injection made them look worse. And they got more misshapen which yielded a lot of criticism.

Every time she would get photographed, people would talk about her deformed lips, which became painful for her psychologically. Her lips had started to define who she was and she desperately wanted to prove that she was more than just an enormous pair of surgically enhanced lips.

The Real Housewives of Beverly Hills star wanted to correct those plastic surgery lips but she was told her mouth was beyond repair. But after she signed on for Harry Loves Lisa, a reality series with her husband Harry Hamlin, the producers decided to get involved and asked her to do something about ‘the pink elephant in the room.’ They convinced her to go see a plastic surgeon about that.

Having been told that her lips couldn’t be repaired, Lisa Rinna did not have much hope. But a Beverly Hills plastic surgeon Garth Fisher came through in restoring her plastic surgery lips in 2010. In a one-hour procedure, he removed tissue from the areas where there was more fullness than normal, such as the corners of her lips, and downsized her lips by about 30%.

After the procedure, talking came much easy for her as she felt much lighter in her mouth area. Her teeth were no longer hidden when she smiled, which was the case with her plastic surgery lips. Though it took six months for the swelling to disappear, her lips eventually went back to being smooth.

And after ten years of getting lip reduction surgery, Lisa Rinna came out with her own lip line called Rinna Beauty which included lip liner, lipstick, and lip gloss, all in flattering neutral tones in 2020. She said in an interview with Daily Mail that her getting plastic surgery on her lips paved the path for her brand. She said,

I always say, jokingly, that my lips have a career of their own. The feedback on them was not always positive. There was a time when people were negative. But I think they became accepted when I said, “These are my lips! This is the way they are.”