Lori Griffin from Murderville: Jennifer Aniston Features Alongside Will Arnett! 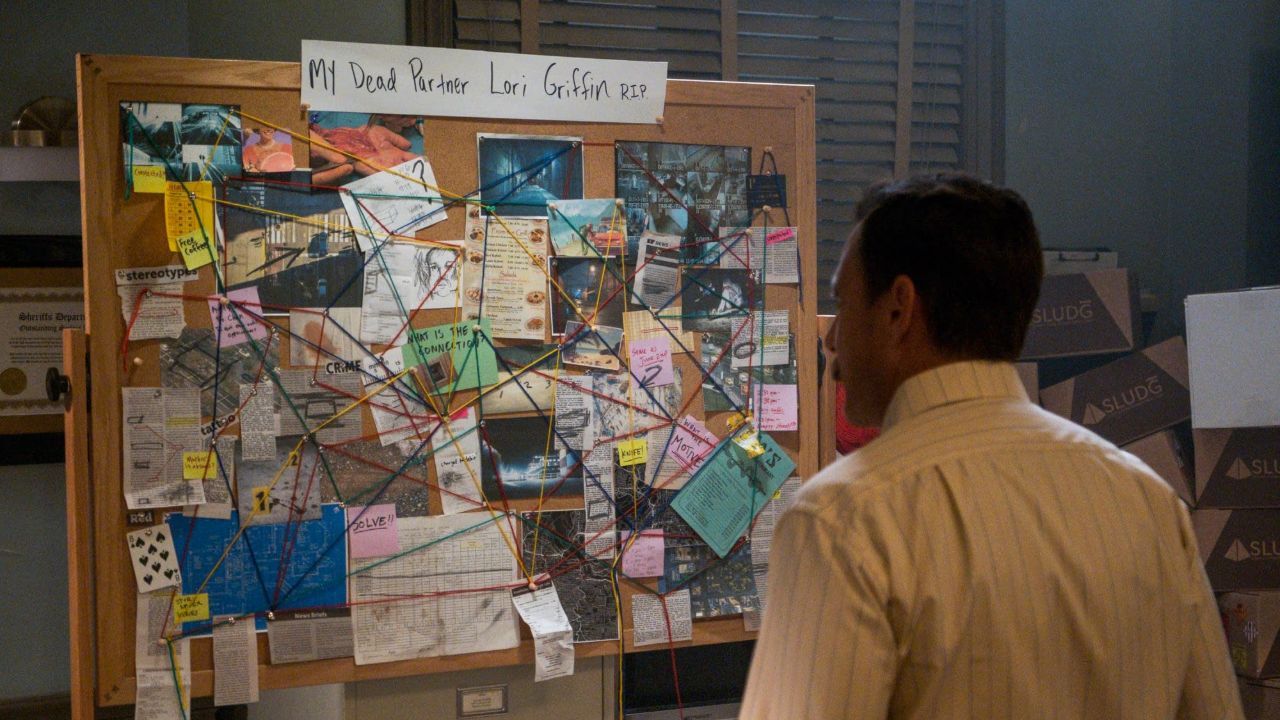 Lori Griffin’s murder case on Murderville gets reinvestigated after Terry finds new hints to her death. Jennifer Aniston is cast to play Lorie Griffin. Lori was murdered 15 years ago and the case was dismissed as no one was able to find any trace of her death. So, will Terry (Will Arnett) be able to capture the culprit of his former partner’s murder this time? Know everything about the final episode of Murderville.

Murderville is a comedic sitcom based on the British production Murder in Successville, created by Andy Brereton and Avril Spary.

Krister Johnson created each episode for the film, which follows Detective Terry Seattle (Will Arnett) and a special guest star as they try to solve a difficult murder case.

Netflix premiered Murderdville on February 3, 2022. The guest stars are given clues to figure out who the culprit is, but they are not provided a screenplay. As a result, they are forced to improvise in order to obtain the answers.

Detective Terry Seattle engages the assistance of his well-known famous friends to solve numerous murder mysteries. Each case is crazier than the last, which means these celebs will have to go to any length to crack the code, even if it involves doing surgery on a corpse or going undercover in the most ridiculous of disguises.

Previously, we touched on Tommy Tune, Deb, Rebecca Hendricks, and the triplets.

Terry Reopens the Case to Find the Murderer of His Former Partner Lori Griffin Who Was Killed 15 Years Ago!

Terry Seattle reveals at the start of the Netflix series that his previous partner, Lori Griffin (played by Jennifer Aniston), was murdered 15 years ago in a stunning cameo limited to a picture on the wall. Since then, the murder case has remained unsolved.

Terry announces the discovery of a new clue in the case of his former colleague Lori Griffin’s death in the sixth episode, titled The Cold Case. He informs Chief Rhonda about the anonymous call, which is revealed to be from Lori’s dry cleaner.

Terry returns the garments Lori had sent to the dry cleaners years before. Terry discovers a journal in his clothing, which gives the police a new lead in the cold case. Terry is paired with actor, comedian, and presenter Ken Jeong to investigate Lori Griffin’s murder.

Terry and Ken pay a visit to the back alley where Lori was assassinated fifteen years ago. Amber Kang, a forensics expert, recreates the crime scene and discovers Lori was stabbed twice in the back. On the crime scene, the killer left a piece of their prescription spectacles.

On the scene, a James Taylor concert ticket and four clover pins were also discovered. Lori was killed with a professional-grade hunting knife. Terry discovers a list of three suspects in Lori’s journal.

Terry and Ken question each suspect individually. Seamus Doyle, a former mafia enforcer who is currently incarcerated, is the first suspect on the list. Rebecca Hendricks, a real estate magnate turned reality television star, is the second suspect.

Police Commissioner Barton is the third and last suspect. Ken must come to a decision about the killer’s identity after questioning all three suspects.

The three suspects do not appear to have a reason for killing Lori, unlike in prior episodes. Lori was working on a case when she died, and her results may have put Commissioner Barton in danger. As a result, he’s the only one who may have a motivation for killing Lori.

Ken concludes by presenting his idea and accusing Barton of killing Lori. His charge is predicated on Barton’s wearing of spectacles, which links him to the lens discovered at the crime site.

He also has a hunting license, which links him to the murder weapon. Lori was also murdered in 2006, and the 2006 planner is gone from Barton’s office.

As a result, there is strong proof that Barton is Lori’s assassin. Ken, on the other hand, makes a critical mistake in his judgment. Earlier in the episode, Barton acknowledges that he can’t manage huge crowds.

As a result, the concert ticket recovered at the crime scene could not be his, and he is removed from the suspect list. As a former sniper, Seamus enjoys killing with a gun and has near-perfect eyesight. As a result, he is not the culprit.

Rebecca Hendrick, who inherited a network of hunting equipment businesses, is of Irish origin (therefore tying her to the clover), and has children named after musician James Taylor, is revealed to be the real killer.

However, before Rebecca could be captured, Terry has a fresh insight when Rebecca admits to killing Lori in order to salvage her profitable real estate project.

Murderville Season 2 Update: When Will the Second Season Be Released?

The first season of Murderville consists of six episodes, all of which were broadcast simultaneously on the streaming platform for viewers to binge. The episodes last between 29 and 35 minutes.

The delightful humor is fueled by some passionate performances, but critics have given it mixed reviews. Fans of the show’s unique idea must be wondering if it will be renewed for a second season. In that case, here’s all we know about the prospects of the second season of Murderville.

There have been no official statements concerning a second season from Netflix. The network, on the other hand, has yet to make a decision about the show’s future. Typically, the streaming service evaluates a show’s appeal and popularity for a few weeks before deciding if it deserves a second season.

As a consequence, if the series is well received by the public, a second season may be scheduled. Will Arnett, who stars in the show and serves as an executive producer, spoke with The Hollywood Reporter about the possibility of a second season. He said, “I’d want to do more if it succeeds and is well received.”

As a result, if the show satisfies Netflix’s watching standards, a second chapter might be released in the coming months. The first season was shot in Los Angeles over the summer of 2021 and premiered in early 2022.

If a second season is made, it may follow a similar production schedule. If Murderville season 2 is approved, it might be broadcast at the beginning of 2023.