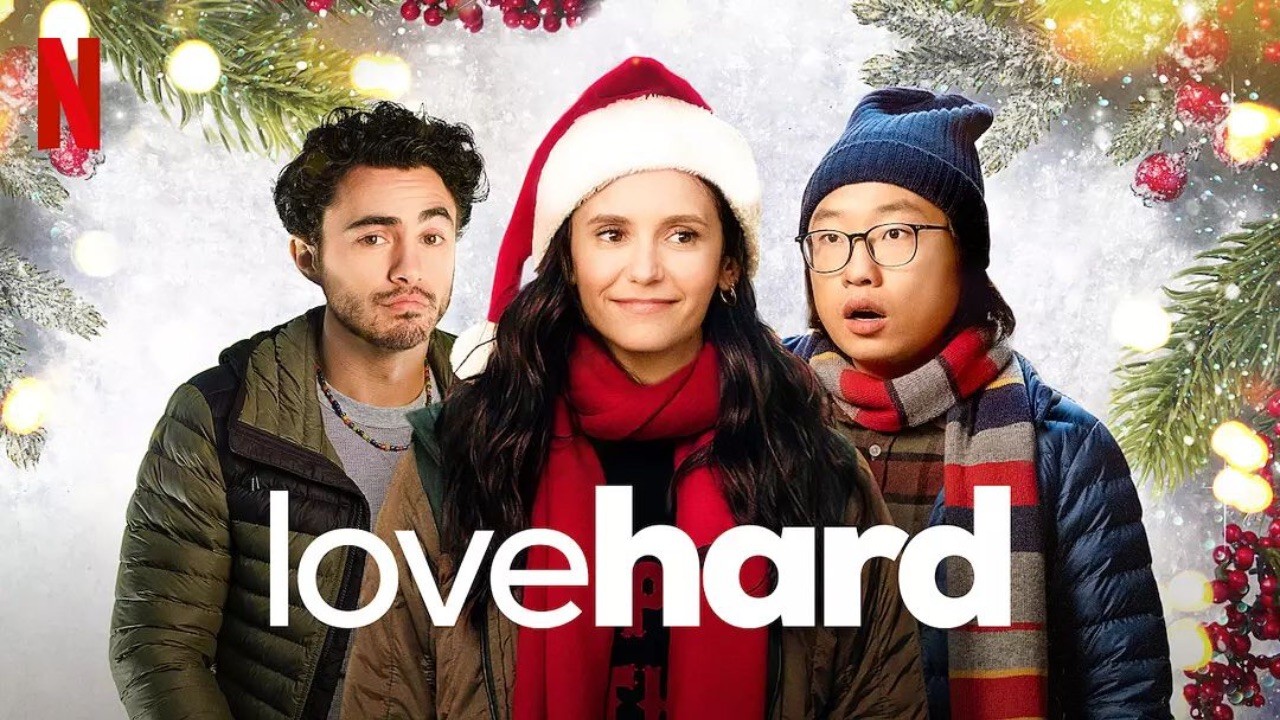 Love Hard filming locations are not in the place where the movie is set. The holiday themed Netflix production was filmed in Vancouver, Canada.

Rom-coms have always taken the cake and have been the go-to movie genre, and when it’s mixed with a relatable topic, the hype just increases. Netflix‘s Love Hard is here to serve us November’s dose of romance, comedy, and fun. Based on today’s much relatable and in a way concerning topic, the movie has been much awaited. Having the holiday vibe with romance and comedy, the filming location has played quite the role as well. So, here’s everything about Netflix‘s Love Hard filming locations.

Directed by Hernán Jiménez and written by Danny Mackey and Rebecca Ewing, Love Hard is a story of a young woman who finds the love of her life on a dating app and travels to meet him and surprise him for Christmas just to get catfished. Portraying the dangers of online dating yet making it subtle and positive, the movie has been anticipated to be one of 2021’s top rom-com.

Coming soon on November 5, 2021, produced by Wonderland Sound and Visual, here’s all Love Hard filming locations you need to know. Some places may even be a walking distance from your home. 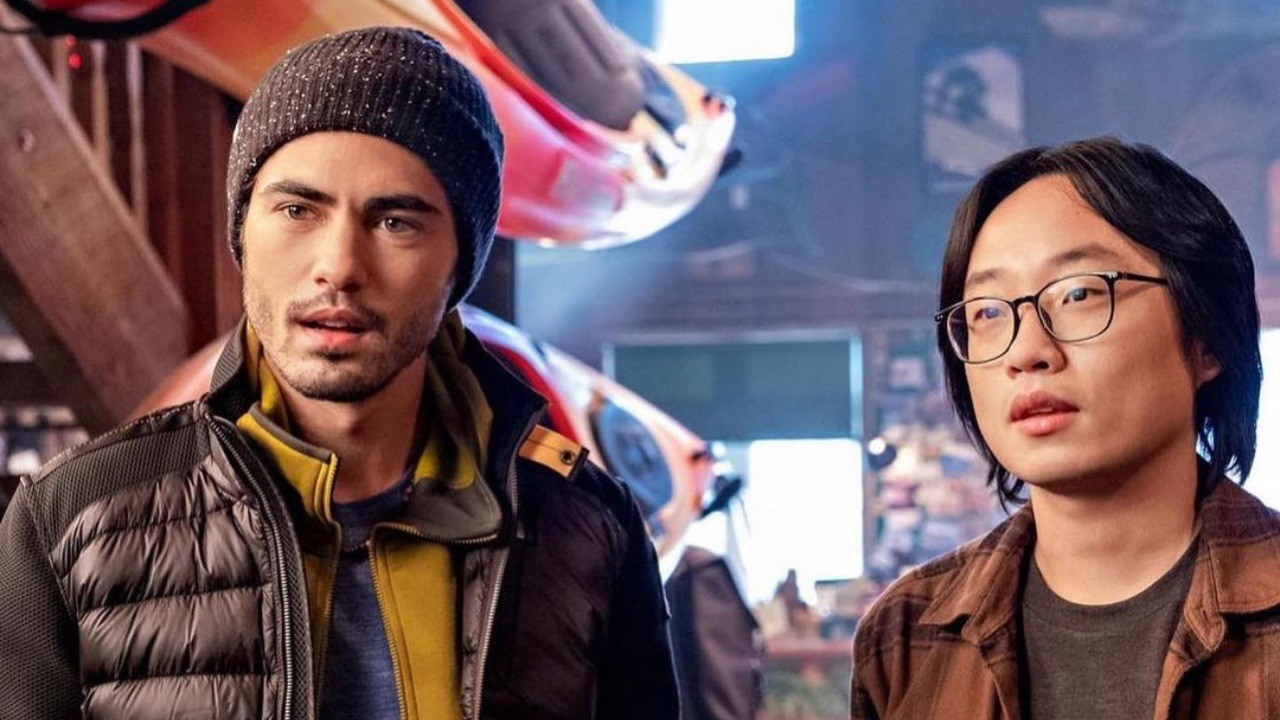 Love Hard filming locations are set in Vancouver, Canada. The Netflix movie is set in Los Angeles but Canada makes up the bulk of the production site.
Image Source: Instagram

The announcement of the movie happened in August of 2019 where it was said that Danny Mackey and Rebecca Ewing had a romantic comedy script. The movie was later named Love Hard and producers McG and Mary Viola were set to produce the film through their company Wonderland Sound and Vision.

Hernán Jiménez was announced to direct the movie on August of 2020 along with the announcement of the cast. Nina Dobrev, Jimmy O. Yang and Charles Melton were announced to star in the movie. However, Charles Melton was replaced with Darren Barnet due to his conflicting schedule with shootings of Riverdale.Barnet took the excitement to his Instagram and posted, “So excited to be a part of this production with this amazing cast. Thank you to everyone helping to make this happen ?”. The filming locations were decided later.

As per the trailer, an LA based writer Natalie Bauer played by Nina Dobrev is a hopeless romantic trying to find someone to date and have that special connection with. Unfortunate in romantic life with failed past relationships, Natalie decides to try her luck out with dating apps. She comes across a handsome and stunning guy Josh and she falls for him immediately. Head over heels, the two hit it off and she is in love! Natalie then decides to surprise him and travel to New York to surprise him for holidays. Shocking enough, she gets catfished.

The movie’s first half takes place in LA revolving around the single life of Natalie and the second in New York. However, the movie was actually shot in Vancouver, British Columbia, Canada. To potray the snowy- christmas-y vibe, Love Hard filming locations was on Canada.

As the shooting began from October 9, 2019, the movie might have face many difficulties due to covid. The shooting officially ended on November 21, 2020. Jimmy O. Yang posted a picture of the crew returning back to LA with the caption, “We successfully made a movie during a pandemic and we’re all back home in good health! ??? #LoveHard” on November 23, 2020.

Along with shooting an interesting rom-com, the cast also seemed to have much fun on the Love Hard filming locations. Lead actress Nina Dobrev share a picture with the cast on her Instagram on October 13, 2020, with the caption, “happy canadian thanksgiving (from a buncha americans on a boat) but don’t worry guys… this canuck is holding down the fort ???♥️⛵️”. Parts of the shoot also took place on Granville Island, Vancouver.

A bustling west coast seaport in British Columbia, Vancouver is one of the beautiful places in Canada. Surrounded with mountains, art museums and other wide variety of terrains, it is one of the popular filming locations. Series like Lucifer, The 1oo, Arrow and Supergirl were shot in the location along with popular movies like X-men and Deadpool. Filled with dense forest, high mountains, artistically pleasing places and an overall diverse outlook, Vancouver has been a favoured and the reason it was chosen as Love Hard filming locations.

Recommended: Afterlife of the Party Filming Locations – 2021 Netflix Comedy was Filmed in Africa!

The trailer featured parts of LA in the first half, while most of its later halves are filmed in Vancouver. From snowy nights in cosy house to adventurous terrains, mountains and many more aesthetically pleasing places, the movie has a commendable scenes with exceptional cinematics. Actor Darren Barnet has posted scenic views of Vancouver with the caption, “Vancouver you’re beautiful ??❤️”. Love Hard filming locations has give the movie advantages of being pleasing to watch.

“It Doesn’t have to Start Real To Be Real”, Netflix’s Love Hard is Coming for the Holiday Season

Considered to be a remix of 80’s “When Harry met Sally” and “Roxanne”, Netflix‘s romantic comedy Love Hard is here to lit up the holidays. A light-hearted love story with hint of comedy and fun, the Hernán Jiménez directed movie has quite the expectations from the audience.

The journey of a young girl from trying to find the love of her life in reel life to being with “the one” in her real life, the adventours and the chronicles, Love Hard is a story of an unfolding journey. A charming, romantic and light-hearted story of a girl who is unlucky in love and yet hopeful that her she’ll get her prince charming someday.

Finding the perfect one, takes her on cloud 9, and her dream of finally having the love of her life is almost fulfilled. She decides to surprise him on Christmas by visiting his home, only for her dreams to get shattered by a catfish. Guilty, the catfish tries to set the girl with the one she had fallen for and the love triangle unfolds.

Trending
Jeremy Renner’s Plastic Surgery: Has The Actor Had Botox and Fillers? Check Out His Before and After Pictures!
Trending
Is Lea Michele Illiterate? Can The Glee Star Read and Write? What About the Video of The Actress Reading Children’s Book?
Trending
Is Lea Michele Married? Who is The Glee Star’s Husband?
Trending
Melania Trump’s Weight Gain in 2023: Did the Former First Lady Gain Weight Because Her Health Issues?
Trending
Delta Goodrem’s Plastic Surgery in 2023: Looking at Her No Makeup Pictures, the 38-Year-Old Actress Doesn’t Look Natural!
House&Whips
About UsPrivacy PolicyTerms of UseDMCAContact
House&Whips is a leading media and entertainment source as a fast-growing information hub. For promotion or advertisement, please mail us at [email protected]