Madison LeCroy’s Plastic Surgery: The Southern Charm Star Had a Full Mommy Makeover; Look at the Before and After Pictures! 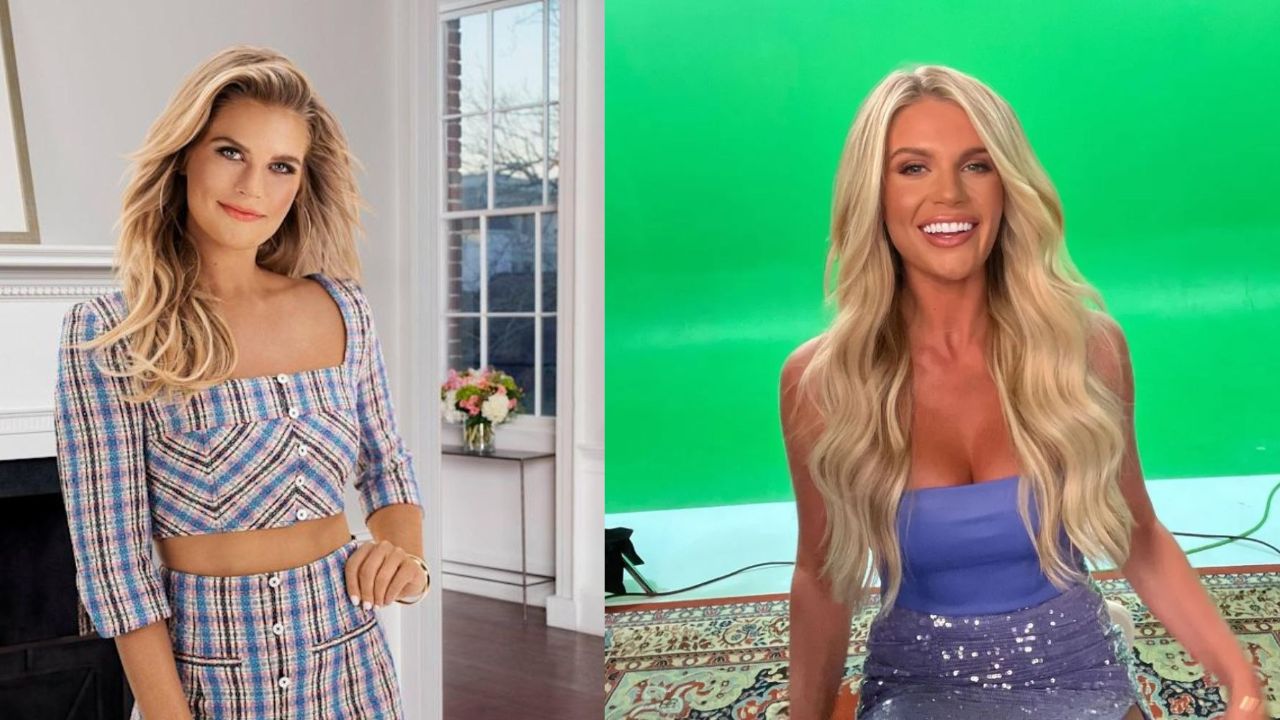 Madison LeCroy has been very vocal and outspoken about the plastic surgery procedures she has had. The Southern Charm star has shared that she had breast implants and taken fans along on a journey of putting her abs back together as a mommy makeover. Madison LeCroy says she’s done with plastic surgery as in she’s not going to mess with her face but she’s not keeping off procedures like Botox for when she gets old. She also has veneers.

Madison LeCroy came to fame in 2014 when she starred in Bravo’s reality series Southern Charm. The show revolves around the personal and professional lives of socialites living in Charleston, South Carolina while putting a focus on Southern culture. She first made an appearance in the show in its second season as a guest before making a return as a ‘friend’ in Season 6. She was finally cast as a full-time member in the seventh season.

Since the reality star came into prominence, Madison LeCroy’s love life was subjected to intense scrutiny because she was always getting accused of hooking up with various married celebrities.  She was even believed to be the reason why Jennifer Lopez broke up with A-Rod before he denied he had ever met her.

Anyway, her relationships are not the only things that are discussed about her. She also often comes into discussions for being very outspoken and unapologetic about her plastic surgery.  Fans appreciate how she has come clean about the various procedures she had. Let’s find out more about Madison LeCroy’s plastic surgery!

Previously, we touched on the plastic surgery efforts of Victoria Fuller and Dove Cameron.

Madison LeCroy’s Plastic Surgery: The Reality Star Had Breast Implants and Put Her Abs Back Together; She Has Also Had Botox and Veneers!

Madison LeCroy (@madison.lecroy) has admitted to undergoing plastic surgery including breast implants and putting her abs back together for a mommy makeover. She also revealed that she has had Botox and veneers.

Madison LeCroy was never the one to shy away from sharing that she got plastic surgery and acting coy about it. In 2021, she openly admitted she underwent an hour-long ‘full mommy makeover’ and took her followers along for the journey. She had already opened up about hoping to ‘tweak a little bit’ and had decided to stay transparent after going under the knife as well.

Madison LeCroy wanted to open up the conversation surrounding plastic surgery because she felt people think that it was such as easy way out which was just not true as she explained that she had put in so much work, worked out, and eaten well, but there were things that she just could not change no matter how much efforts she put. She stressed the fact that she had a ten-pound baby and things are very different for every mother after that.

The Southern Charm star herself had misconceptions about plastic surgery and never gave much thought to it because she thought she was never going to need nor want it. Little did she know that she was going to have to resort to that for her own confidence. After she had her baby, things changed and she no longer felt confident in her own skin. And though she had always been fitness-obsessed and aware of what she was eating, she realized that would never be enough and some areas would never bounce back to where they were originally.

That was when Madison LeCroy decided that she would get plastic surgery to reclaim the confidence she lost in her body. She was most self-conscious about her breasts so she got a few tweaks to transform her body. She went ahead with Dr. Patrick J. O’Neill, a Charleston-based plastic surgeon to get the procedures. She said that she trusted Dr. O’Neill because he was more realistic and like, ‘I don’t think you need that,’ or, ‘I think this is gonna fit you.’

Madison LeCroy didn’t regret her decision to go with Dr. O’Neill and was happy with the results though there was a moment when the anesthesia had her feeling all ‘loopy’ and thinking, ‘what have I done?’ Regardless, she was pleased with the tasteful plastic surgery she got even though having her abdominal muscles put back together, as she noted, was one of the worst pains she had ever been in.

The reality star, after having had plastic surgery, recommends it to anyone who has insecurities about something that they try to fix over and over but not before putting in the hard work for that.

Madison LeCroy doesn’t see herself going under the knife in the future because she is done with it. She is not completely swearing plastic surgery off because she is sure that there are going to be things that she will end up doing when she gets older like she had already started getting Botox on her forehead. But other than that, she is not going to mess with anything else in her face. She is not going to try her crooked lips that she was born with ’cause that’s just who she is and that’s a part of her. She is going to be okay with imperfections.

Though Madison LeCroy has been this open about all the plastic surgery procedures she had, fans think she’s in shape because of surgery. But she is setting the record straight. In an Instagram story clip she shared, she said that she had legitimately put in so much work to get where she was and was still continuing to do it and it was very belittling and rude to imply she had surgery by disregarding her efforts.

The television personality was also once trolled about her botched plastic surgery which was just her crooked mouth. Not to mention how her dental work, a veneer procedure was called pitiful.