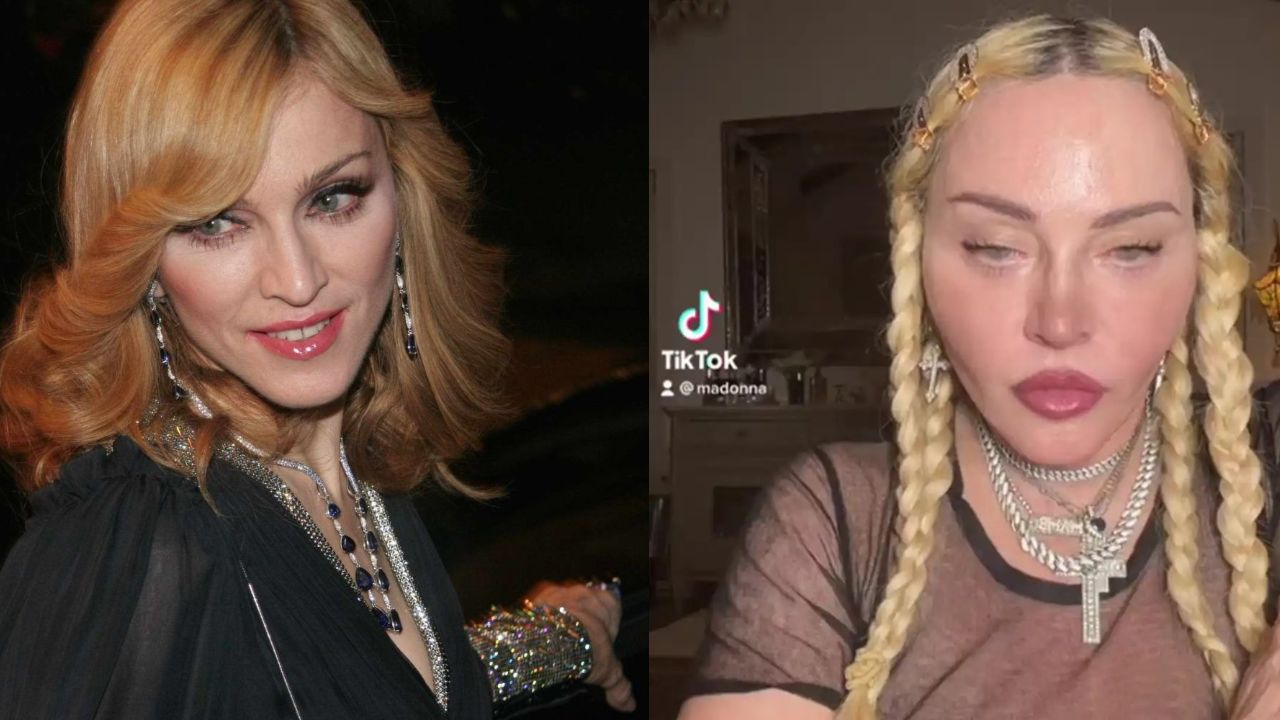 Madonna is more associated with plastic surgery as of 2022 than with her contribution to the music industry, especially on Reddit. Loads of people who are not Madonna have talked about what kind of plastic surgery she has done, whereas the musician herself does not care for discussing it. People believe that the singer has gotten facelifts, fillers on cheeks and lips, butt implants, collagen implants, and Botox. Since 2021, Madonna’s plastic surgery has become fodder for gossip on Reddit.

Madonna, the Queen of Pop, is considered one of the most influential figures in popular culture. She has done a remarkable job of pushing the boundaries of artistic expression in mainstream music while simultaneously maintaining control over every aspect of her career.

Her continual reinvention and versatility in music production, songwriting, and visual presentation have surely created a legacy that is unlike anyone’s but does legacy necessarily mean respect like she once had? Because lately, her legacy seems to be tainted by herself with the antiques she pulls to remain on the public radar.

I don’t think anyone ever imagined that Madonna would still be worshipped almost as a religious figure when it was 2022 but I also don’t think any of them imagined that in 2022, she would be in the news only because she was ridiculed for getting too much plastic surgery and not aging gracefully.

Always known as a chameleon for her constant reinvention and evolution which is how Madonna has managed to hold everyone’s attention for so long, now she has once again captured the attention of the public by changing her face.

Previously, we touched on the plastic surgery efforts of Nicola Peltz and Tanesha Walker.

Madonna’s Plastic Surgery Till 2022: What Does Reddit Think of Her Implants and Facelifts?

Madonna‘s (@madonna) impressive status in the 80s and 90s has now been relegated to being the subject of plastic surgery rumors and discussions for the Gen-Zs now in the 2020s.

In fact, it seems that the entirety of Reddit believes that she is refusing to age gracefully and she has become insecure about her looks now that she doesn’t look the same as before and has stopped getting attention like before.

People have very strong ideas about what kind of cosmetic procedures the Grammy winner has had and very strong views and opinions about her decision to get herself altered through plastic surgery. Especially, on the discussion platform Reddit, there are countless threads dedicated to Madonna’s plastic surgery as of 2022.

Reddit had started to discuss Madonna and plastic surgery even before maybe 2021 but what recently sparked the discussion surrounding it was an unsettling TikTok video she has since deleted after it generated backlash for looking weird.

In the still of the video, the singer truly looked different and not in a good way. The first thing anyone would not fail to notice was that her face literally looked V-shaped with her cheeks too wide and big. It became clear to many that shopping for good plastic surgeons is not her forte. Not a single person could resist remarking on her unusual appearance and how it came to that.

A plastic surgeon from New York got involved in the entire ordeal and began listing out what plastic surgeries the Material Girl songstress has gotten to aid or rather say ruin her face to OK!. The physician who spoke when it was really Madonna that was questioned about plastic surgery started with Plastic Surgery 101 and told that she has had a bunch of Botox that has rendered her forehead incapable of moving at all.

He then touched on the subject of her upper eyelids, which are significantly drooped like one would need an eyelid lift, that it was called ptosis, and it is something that needed fixing.

About her cheeks, he said, and everyone would agree, that they are way too filled with filler like her cheekbones are too prominent to look good now. It was either filler or when the doctor told Madonna to tell him to stop when he removes enough buccal fat as per her need, she fell asleep. And thus, her face ended too narrowed. Also, her lips are way too disproportionately big for her too narrow face.

To justify the changes in the features of the 63-year-old that are seen in the snaps that the Like A Prayer singer posts on her Instagram, her fans also claim the reason behind it to be fillers. Since the musician has not herself straight-up admitted to any sort of plastic surgery, there are some who refuse to believe that she has had any work done and she looked different only because of the filters.

The Like A Virgin hitmaker is asked about plastic surgery, she never denies it but never confirms it either. She makes it clear that it’s not a question she would ever prefer entertaining. Madonna had once said in 2012 that she was certainly not against plastic surgery however, she was absolutely against having to discuss it.

With no cosmetic procedures that she has ever confirmed till now, it is obvious that her stance has not changed much even in 2022.

In 2019, when rumors flew that she had had butt implants following her performance on New Years’ Eve at Stonewall Inn, she shared a post saying: “Desperately seeking no one’s approval…and entitled to free agency over my body like everyone else!”

Anyway, it is immaterial what the Queen of Pop would prefer- about her plastic surgery not being discussed since she is such a cultural icon who is not ever going to go unnoticed, we have lots of people directing her looks and making guesswork of what plastic surgery she has chosen to get. It has surely become a Reddit fodder for gossip.

Many plastic surgery experts believe that Madonna has tried her best to not age by receiving collagen implants and Botox. The Rebel Heart singer has attempted her best to rebel against the aging looks that were catching up to her with a facelift and facial peels.

A columnist at Closer Amar Suchde has made an observation that Madonna’s face is getting more youthful with an upside-down triangle shape, which is exactly the opposite of what usually happens when people age. Amar suspects either some skin boosters to improve the skin quality like Profhilo, or laser treatments.

Dr. Jason Diamond of the Celebrity Plastic Surgeons of Beverly Hills fame has also spoken about Madonna’s plastic surgery. He finds the looks she’s got as a result of the alterations unnatural, squarish and mannish. He thinks the job is badly done because instead of making it flush, it was overfilled.

He further clarified that while chin to the jawbone should be a smooth transition, they ended up adding too much which was really a case of injections gone bad. Madonna, he added, looked jowly and puffed out and bizarre.

Clearly, he thinks the job done anything but tastefully, which is a sentiment shared by the people on Reddit where there is a thread titled Madonna is proof that with all the best cosmetic surgeons money can get, a 60-year-old will still look 60.