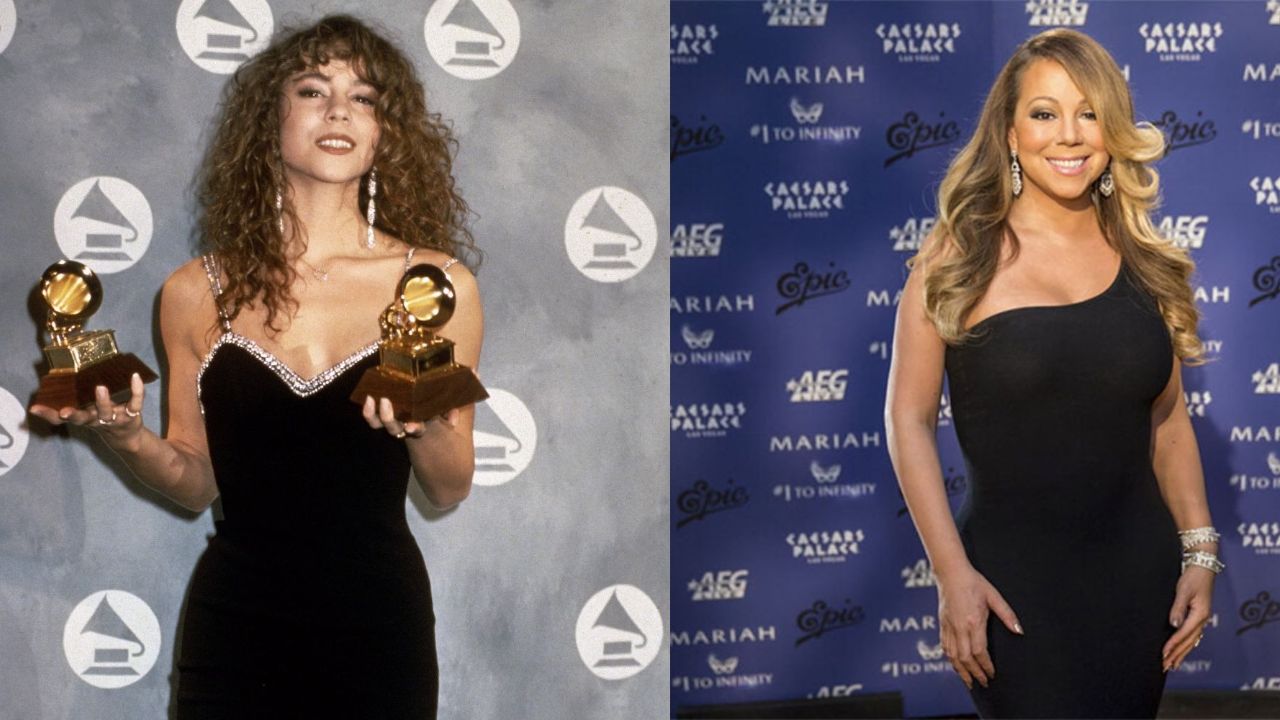 Mariah Carey has never failed to dazzle us all with her mesmerizing voice and amazing performance every time she’s on the stage. And it was our pleasure only when she surprised us by joining Latto for her performance of Big Energy at the 2022 BET Awards. Known for her five-octave vocal range, melismatic singing style, and signature use of the whistle register, it was not the first time the singer did that. She is so rightfully called the ‘Songbird Supreme’ and the ‘Queen of Christmas.’

Seeing Mariah Carey perform on the stage like she is still in her prime made people take a trip down memory lane. Fans soon began to discuss her constant weight gain and following weight loss, which was an issue she had been facing for a long time. Continue reading to learn more about her weight gain.

Previously, we touched on the weight gain stories of Serena Williams and Ayesha Curry.

Mariah Carey (@mariahcarey) burst into the pop scene with her incredible and impressive 5-octave vocal range in 1990 when she was just 20. Even with the massive talent she has, her perfect figure made it to many headlines. I don’t want to exaggerate but it takes a lot to even begin to overshadow the tremendous talent she possesses.

But nothing lasts forever. And Mariah Carey’s fit body didn’t either. In the following years, her weight fluctuated quite a lot. She often underwent an insignificant weight gain followed by insignificant weight loss. But in 2006, she put on quite a lot which was noticeable. She was even criticized and told that she had gained too much weight to be wearing skimpy outfits.

But the time the All I Want For Christmas Is You hitmaker truly had a significant weight gain that affected her was when she got pregnant with her twins in 2010. It was not an easy one because she suffered severe edema (swelling caused by excess fluid trapped in the body’s tissues) which bloated her up very much. This caused her great discomfort physically. Plus, it was very bad for her body image issues.

Mariah Carey got so disgusted with her physique after the weight gain that she didn’t let herself be seen by her husband Nick Cannon without covering up first. That’s how embarrassed she was of her ‘rancid’ body when she was at her peak pregnancy weight. The exact figure of how much weight she gained is not known because the singer chose to remain in dark about that.

After all, Mariah Carey used to gauge her weight by dress sizes and her appearance in the mirror and didn’t see weight gain in terms of numbers because she knew it would be a number she would never want to see again and knowing the number would just make her feel bad. As if she needed another reason to feel that way when she was already not able to feel her collarbones. As someone for whom it was important to feel their bones, this was bad enough as it was.

However, Mariah Carey did know how many pounds she lost as she was bouncing back from her pregnancy weight gain. The Grammy winner shed a total of 70 pounds after the birth of her twins. She revealed that she lost 40 pounds in water weight and another 30 pounds with the help of the Jenny diet program at a New York media appearance.

In the following years, the singer kept having a steady weight gain until 2015. This was the year when she went public with her relationship with James Packer. This relationship was believed to have motivated her to lose the weight she had gained over the last few years. The rumors had it that Mariah got the idea of having a weight loss surgery as James himself had undergone the procedure in 2011 and lost 35 kgs.

However, Mariah Carey did not have the weight loss surgery then. But she did rebound from her weight gain and flaunted her new body in January 2016 at the UNICEF Ball in Beverly Hills. She was believed to have lost at least 45 pounds then.

But as fast as she had lost weight, she gained back just as quickly. And next year in July 2017, her weight gain made the front page after her pictures from a Las Vegas concert were released. Many outlets claimed that the star had gone up to 263 pounds. And she was hounded with body-shaming remarks. People were trolling her left, right, and centre.

Maybe all those cruel comments she received online because of her weight gain got to Mariah Carey and maybe that’s why she chose to undergo a weight loss surgery as Page Six reported. In October, just three months after she made headlines because of weight gain, she shocked everyone with her weight loss. She reportedly shed at least 30 pounds after the surgery.

And since then, Mariah Carey hasn’t seen much change in her weight. No significant weight gain and loss. Just her and her fit body.

Trending
Is Noah Centineo Gay? The Recruit Star’s Sexuality Explored!
Trending
Christie Brinkley’s Plastic Surgery: How Does She Look Much Younger Now, at the Age of 68?
Trending
Did Mariah Carey Have Plastic Surgery? Check Out The Singer Then and Now!
Trending
Sonya Eddy’s Weight Loss: Epiphany from General Hospital Lost 60 Pounds in 2018!
Trending
Edie Falco’s Plastic Surgery: Did The Avatar Cast Have Botox and a Facelift?
House&Whips
About UsPrivacy PolicyTerms of UseDMCAContact
House&Whips is a leading media and entertainment source as a fast-growing information hub. For promotion or advertisement, please mail us at [email protected]