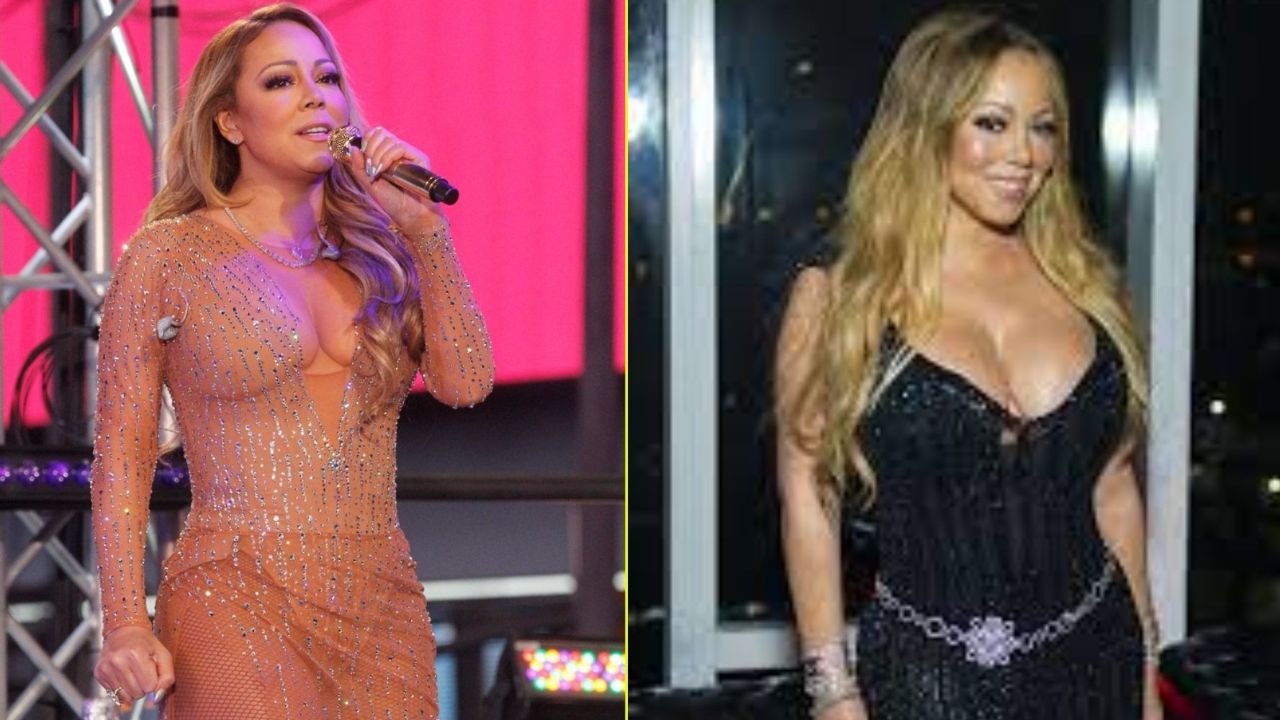 Mariah Carey underwent weight loss surgery in October 2017 and lost 30 pounds in a few months after the gastric sleeve surgery. The All I Want For Christmas hitmaker had been struggling with always fluctuating weight and she was finding it harder to contain her weight by making changes to her diet and following some workout schedules. So, Mariah Carey finally decided to have weight loss surgery after the body-shaming comments became too much for her to handle. She was happy that she got gastric sleeve surgery because she started to see the results in just a month.

It’s the Christmas season and that means it’s Mariah Carey season. After all, she’s the queen of Christmas and it doesn’t feel very festive until you crank All I Want for Christmas is You up to the highest volume and start singing it like the carols. The pop star has made such an impressive legacy with that one song. She is never going to fade out until the holiday still comes to an end.

With the singer back on the public radar with her evergreen hit, people have noticed that she has been pretty stable in terms of her weight in recent years when it was not the case before. It has not been too long since they saw the Emotions singer go through constant weight fluctuations. No diet changes and workout regime had helped her to contain her weight like she was doing it now. Did Mariah Carey have weight loss surgery? Because there’s no other explanation for her much slimmer figure and stable weight. Well, turns out, she did have gastric sleeve surgery. Here are all the details of it!

Previously, we touched on the weight loss stories of Sonya Eddy and Ethan Suplee.

Did Mariah Carey Have Weight Loss Surgery? Why Did The Singer Decide to Have Gastric Sleeve Surgery Instead of Changing her Diets?

Mariah Carey (@mariahcarey) lost 30 pounds just a few months after she underwent weight loss surgery. She chose to have gastric sleeve surgery because she found it difficult to manage her diet.

Mariah Carey had often fluctuated in terms of her size and weight over the years which was not so good for her body image issues. Also, fatphobia and body shaming at the slightest increase in body mass never helped her come to terms with her weight whenever she had weight gain. She couldn’t control her weight but whenever she put on some pounds, she always followed it with some weight loss journey.

Mariah Carey made many changes to her diet and got started on several workout regimes every single time she gained weight. She shed her pregnancy weight in 2011, she gained again in 2015, lost it, and then she regained weight in 2017 and this time it was just too much for her. She was probably tired of the constant weight gain and weight loss cycles,

She made changes to her diet and she religiously followed her workout regime but she couldn’t make a lifetime commitment to it so, after weight loss, she went back to her old ways so that her weight again increased. That must have been exhausting for her, her constantly fluctuating weight and her never-ending weight loss journey. Making overhauls in diet and getting a new workout regime was too much effort. So, she finally decided to have weight loss surgery.

In November 2017, Mariah Carey surprised everyone with a much slimmer appearance than just a few months ago after she secretly underwent gastric sleeve surgery. It was not unusual for her to step out looking too big or sometimes too small because everyone has seen her ever-changing weight. But this one was surprising nevertheless because it was too much change in just a few months. That in itself gave it away that her slimmer looks were now the result of a weight loss surgery.

Mariah Carey had finally undergone gastric sleeve surgery after more than a decade of frequent changes in her weight. So, what made her do it instead of going about that usual change in her diet and workout regime routine? It must have been that the years of trolling finally got to her. Whenever she gained weight, she used to have to deal with very degrading remarks about her body and fat-shaming comments. That might have pushed her to get weight loss surgery. (If it is, she has never said so.)

Of course, it might also have been the combination of online attacks and her spilt from her fiance James Packer that made her decide to have that weight loss surgery. Her weight was said to have ‘skyrocketed’ after she broke up with Packer and this time, she did not have the patience to do what she usually did. Changes to her diet and starting another workout regime.

So, the pop star sought help from a top Beverly Hills surgeon and took a shortcut and had that weight loss surgery. The gastric sleeve surgery that Mariah Carey had involves removing part of the stomach so that the patient feels fuller more quickly. The recovery time for the surgery is fast and scarring is minimal because the procedure is done via a small incision.

Mariah Carey lost 30 pounds in just a few months after the weight loss surgery. And because the recovery is quick, she was back to performing shortly after gastric sleeve surgery. She was glad to be back in the shape she desired after a long time. According to a source who spilled to Page Six,

Mariah has always been proud of her curves, but this summer, as her Caesars Palace residency came to a close, and then she went on tour with Lionel Richie, she noticed it became harder to dance, and she was getting a lot more criticism online from body shamers.

The Visions of Love singer, according to the insider, felt a lot better since having that weight loss surgery because she was already seeing the results in a month. We can say that Mariah Carey did not regret that gastric sleeve surgery. And how could she regret any other alternative besides diet changes and workout regimes? She had resorted to weight loss surgery only after years of struggling with dieting by the star. It was always hard for her to manage her diet to deal with her always fluctuating weight.