Meagan Good’s Plastic Surgery: The Story of The Actress’ Eyebrow Transplant and Breast Augmentation; Look at the Before and After Pictures! 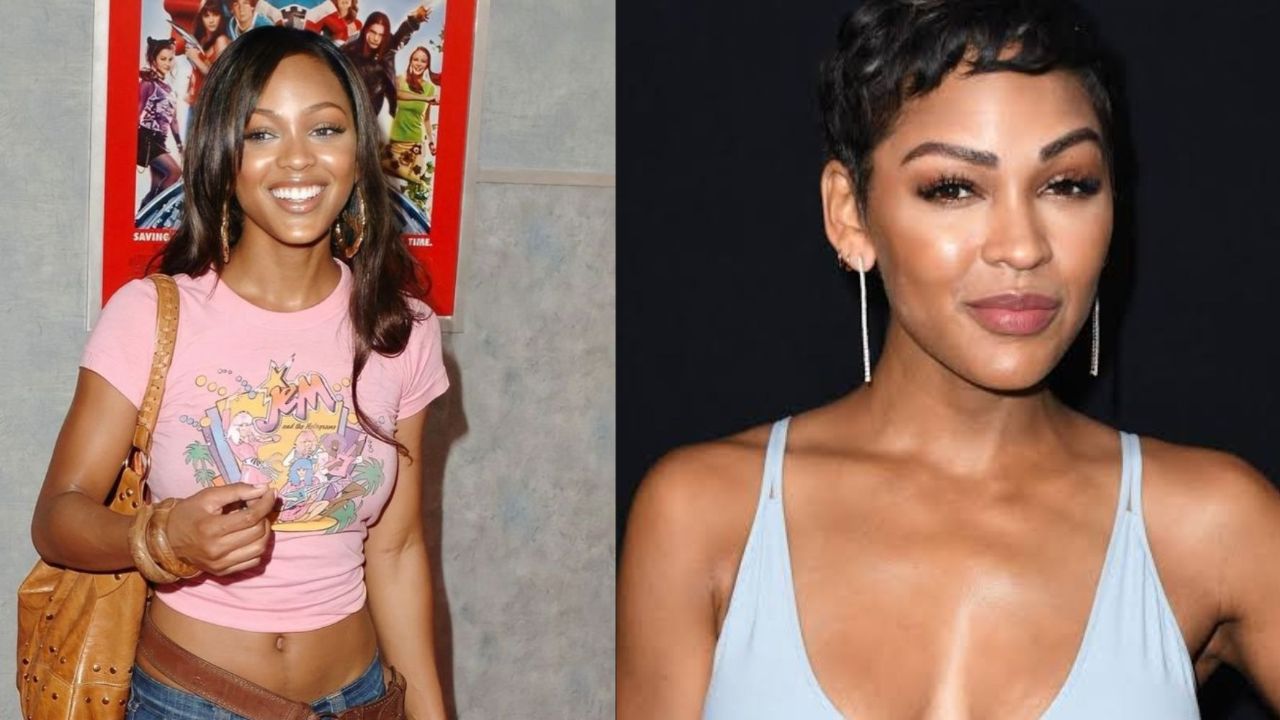 Meagan Good is an American actress who first got attention for her role in the film Eve’s Bayou. Her prominence rose after she landed the role of Nina in the Nickelodeon sitcom Cousin Skeeter. After starring in the films Deliver Us from Eva, Roll Bounce, and Stomp the Yard, her popularity began to soar.

The actress is noted for playing the role of Joanna Locasto, the lead character in the NBC drama series Deception. She has featured in an ensemble cast of the film Think Like A Man and starred in the comedy Anchorman 2: The Legend Continues. She also has had supporting roles in the films One Missed Call, Saw V, The Unborn, and DC Comics’ Shazam!.

Meagan Good has often been the subject of plastic surgery speculations. She herself has talked about an eyebrow transplant surgery she has had and fans are certain that she has had breast augmentation. Some of them also believe she has had Botox and lip fillers. Continue reading to find out more about Meagan Good’s plastic surgery!

Previously, we touched on the plastic surgery efforts of Michaela Coel and Heather McDonald.

Meagan Good’s Plastic Surgery: The Actress Has Shared About Her Eyebrow Transplant Surgery; Fans Are Certain About The Breast Implants!

Meagan Good (@meagangood) is believed to have had plastic surgery like breast implants and she has revealed that she had an eyebrow transplant surgery. Some of the fans also think she has had Botox and lip fillers.

Meagan Good’s eyebrows have a story of their own. And the story of the only plastic surgery she has shared with the public (she is suspected of having other cosmetic surgery as well but she has not admitted to them), her eyebrow transplant, goes a long way back. It’s not just like her brows were thin one day and she drew on them to make them look thick the next.

It might sound a little too weird to hear but Meagan Good has always struggled with her eyebrows for a long time. You might not be hearing a lot of people recounting their stories of how their brows bugged them but still, the struggle the actress had with hers is real. And it’s not trivial because she felt her looks were affected by it and she eventually had to have plastic surgery to fix that.

Meagan Good began self-destruction of her eyebrows very young when she was 19. It was most likely the time when thin brows were in trend. To fit in with the trend, she began overplucking her eyebrows so much that they actually became very thin and the hair became sparse. It might have suited her while the trend lasted but after that trend ended and before she did plastic surgery, normal eyebrows or thick ones came in style, she didn’t know how to fix the brows she had thinned so much it was nearly bald if that makes sense.

Because there was little to no hair left on her eyebrows after all the overplucking she did from early on and the trend of thin brows came and went, her solution to deal with her scant brows was to get an eyebrow tattoo. Before she got the tattoo, it used to take her over an hour to do them because she was so particular about the shape and the symmetry. She revealed that she would go on set and the makeup artist would change her brows but she wouldn’t like them and change them back in her room. So eventually, she went ahead and tattooed them.

But unfortunately for her, that tattoo didn’t turn out to be good and she was now back to square one.  So, in 2018, Megan Good opted for plastic surgery to fix that and had an eyebrow transplant which she revealed via an Instagram post. She wrote,

My eyebrows are finally coming along after my #EyebrowTransplant! This has been such an eyebrow evolution journey lol, but finally starting to come full circle ?? Eyebrows like a real little girl ????. No, but seriously after destroying my eyebrows at age 19, I’m over the moon with these results thus far.

During an appearance on The Wendy Williams Show, Meagan Good revealed that she gave microblading a try when she was 30 before she was like she needed real hair on her brows. She also explained that her eyebrow hair was harvested from the back of her head.

Besides the eyebrow transplant surgery, another plastic surgery Meagan Good is suspected of having is breast augmentation. In her old pictures, you can see that her breasts are of much smaller size than they are now. Fans believe she used to have B-size cups whereas now she got them augmented to at least a D-size cup. The change in the size of her breasts is very noticeable so even though she has not admitted to it, people don’t suspect her of having breast augmentation, they know that she has had one.

Some of the fans even suggest that she undo that plastic surgery and get the implants removed or exchanged for a smaller one because they think that the breast implants Meagan Good chose for herself were actually too big for her which might be too heavy and cause back pain.

There are few people who also believe that she has had other plastic surgery like Botox and lip fillers but that is very debatable. Besides, she said that she was in a very peaceful place so maybe she wouldn’t get Botox to get rid of wrinkles.