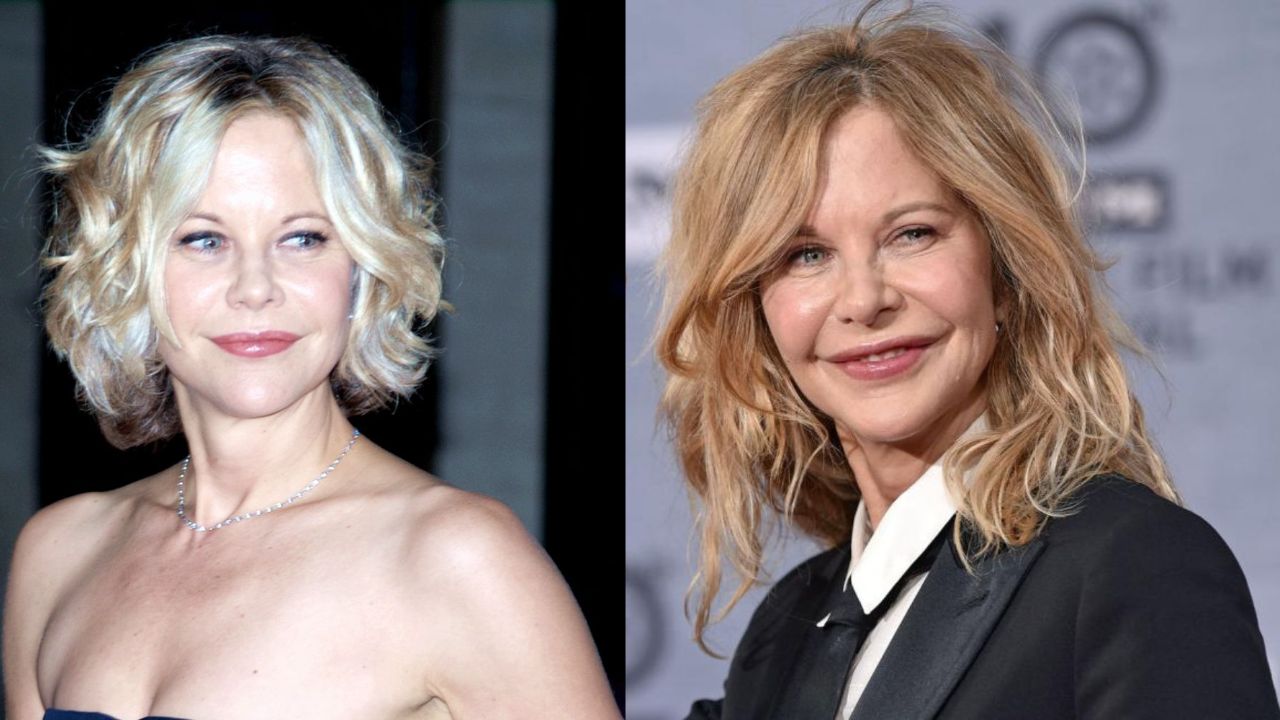 Meg Ryan’s plastic surgery images are much examined and discussed even now as of 2022 especially on Reddit these days following the release of Top Gun: Maverick as the news that she was not called to reprise the role she played in the original Top Gun put her in the spotlight. The When Harry Met Sally actor is said to have undergone Botox, fillers, rhinoplasty, facelift, and laser skin resurfacing procedure. Meg Ryan had never paid any attention to what people say about her plastic surgery images and she isn’t doing that now in 2022.

The release of Top Gun: Maverick has put not just the actors cast in the movie in the limelight but it also has caused curiosity about the actors who did not reprise their roles from the original Top Gun, especially Meg Ryan. Meg Ryan is an American actress who you can recognize from romantic comedies like When Harry Met Sally and You’ve Got Mail. The former gave her first Golden Globe nomination.

Some of her movie credits include Joe Versus the Volcano, Sleepless in Seattle, French Kiss, Kate & Leopold, Anastasia, When a Man Loves a Woman, Courage Under Fire, Addicted to Love, City of Angels, Proof of Life, and The Women.

Now, as of 2022, Meg Ryan might have left Hollywood but people still talk about her, especially about her plastic surgery images, mostly on Reddit, just like how they talked about the weight loss of her Top Gun co-actor Kelly McGillis, who has also co-incidentally exited Hollywood.

Previously, we touched on the plastic surgery efforts of Britney Spears and Cillian Murphy.

The first-ever Meg Ryan’s plastic surgery images that created the kind of buzz that broke the internet are believed to be the pictures taken of the actress taken at the Tony Awards in 2016. Social media buzzed with talks of her appearance and how she looked different. Though the actress herself never bothered to confirm any of the plastic surgery everybody and their mother said she had had, people were not thinking of letting the matter go.

Meg Ryan might have wanted to never talk and explain that plastic surgery images but the media and the general public were in no mood to forget that. Various experts in plastic surgery weighed in on her new appearance. In a conversation with Hollywood Life, Dr. Mark Youssef from Younique Cosmetic Surgery told that the Top Gun actor has had ‘too much’ work done over the years including fillers, rhinoplasty, and a facelift.

According to him, fillers or fat transfer to her cheek was the most obvious thing in Meg Ryan’s plastic surgery images as it was too much because the apple of her cheek looked too full and too large. Plus, all of the filler moved up every time she smiled making her eyes look smaller. He also said that the placement of the volume of the filler in her cheeks made her look masculine and that the volume should have been placed more laterally to give her a softer look.

And though a nose job might not have been much obvious in Meg Ryan’s plastic surgery images, he believed that the You’ve Got Mail star had some sort of rhinoplasty as the tip of her nose was narrower than before and looked more pinched. He also saw a definite volume in her lips and Botox on her forehead and observed that because of too much Botox on the forehead, her eyes looked smaller because it dropped the position of the eyebrow.

He further added that Meg Ryan may have had a facelift because the shape of her face had changed so much and the texture of her face looked different which is what normally happens when people get a facelift. From her plastic surgery images, it also looked like she might have had some sort of laser skin resurfacing procedure.

Another plastic surgeon Dr. Lyle M. Beck told Radar Online that it looked like the actress had multiple laser resurfacings, as well as way too much Botox and heavily pumped filler in her plastic surgery images. He also thought that her nose was clearly altered.

While experts dissected Meg Ryan’s plastic surgery images, the public mercilessly trolled her for her appearance and shamed her for allegedly choosing to go under the knife. They made many harsh comments about her being all plastic and said that her career could not be revived even when she had all that work done.

Discourse about plastic surgery in general started on several forums, especially on Reddit. People started talking of the pressure among women to look youthful to not let their career to a dead end just because of aging. They also discussed the insecurities caused among women due to the unrealistic standards of beauty set by society.

The discussion of Meg Ryan’s plastic surgery images is still going on till now in 2022. There are several threads dedicated to that on Reddit. Such threads on Reddit saw comments from many people with different opinions. Some of them believed that Meg could have aged well naturally because her adult face had enough fat in it and she just ruined it with fillers.

Reddit threads were also filled with comments expressing disappointment in her for getting work done. They wrote things like she now had a ‘joker’ look to her because she fell for the over-plumped lips and she couldn’t get good work done despite having all that money.

One of them made a comment that the best plastic surgeons are the ones who would tell their clients that they were not going to make the clients look 10 years younger but they were going to make them look awesome for their age, the kinds Meg Ryan missed out on. Others replied in the Reddit thread that everyone who decides to get plastic surgery images should make sure that their work looks ‘subtle’ and they should know when to stop unlike Meg as can be seen in her plastic surgery images.

While people are going on about Meg Ryan’s plastic surgery images on Reddit and Twitter, the When Harry Met Sally star seemed to be not giving much attention to it. In fact, according to her, she has never. She had been getting questions about her changing appearance for a long time. In an interview with Porter magazine, she said that she didn’t pay much attention to what was being written about her and the way she looked.

While discussion about her plastic surgery seems to not matter to her, her going under the knife is said to have affected her as her career is ruined by her appearance. However, she has maintained that she exited Hollywood because of the ‘express-lane lives’ she experienced on-screen. She told in an interview with New York Times that she was burned out and she didn’t feel like she knew enough anymore about herself or the world to reflect on it as an actor which made her feel isolated.