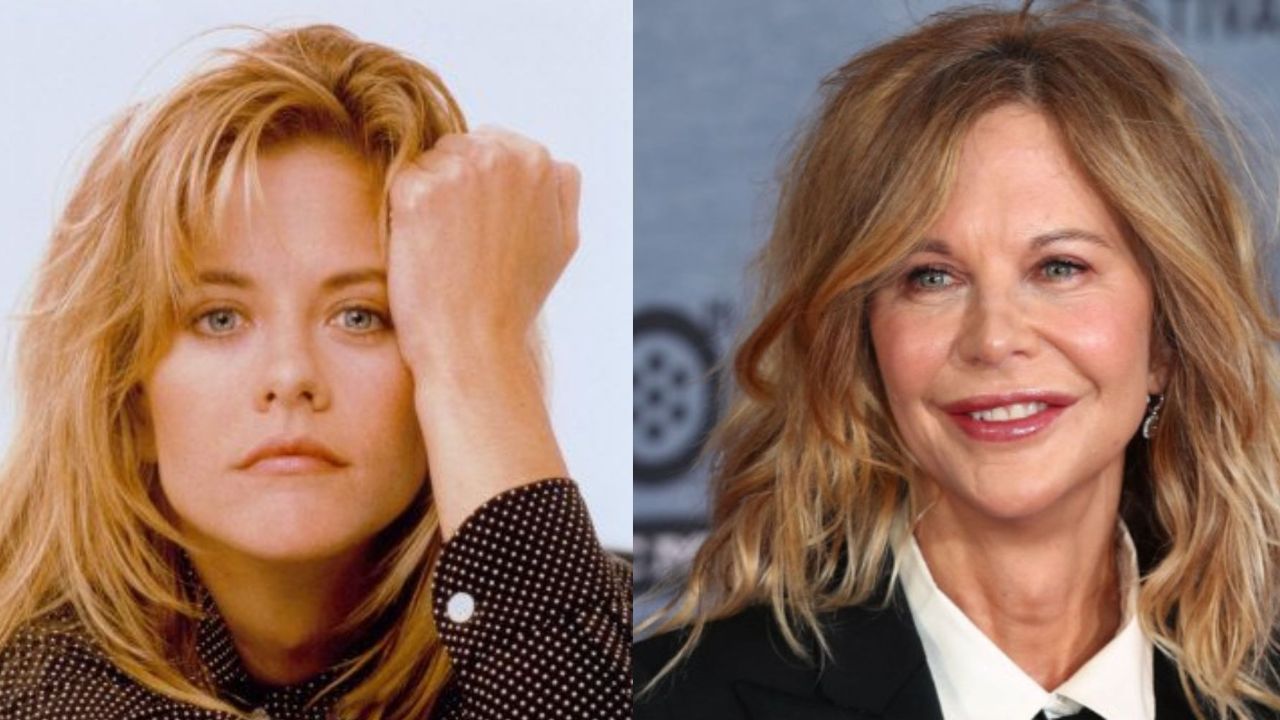 Meg Ryan, who plays the role of Carol in Top Gun 1, has undergone plastic surgery and fans claim something has gone wrong with her transformation, especially her eyes. She is 60 years old as of 2022, however, her cosmetic enhancement is still at the top of the worst celebrity plastic surgery list. Follow the article to know what actually happened to Meg Ryan’s appearance with before and after pictures.

A known face in the romantic comedy realm, Meg Ryan is one of the loved actresses of Hollywood. With movies like When Harry Met Sally,  French Kiss, City of Angels, and The Women, Meg’s works are highly appreciated giving her the privilege of being one of the renowned faces.

Walking in her 60s, Meg’s recent appearances created quite the buzz. Looking completely unrecognizable, Meg has been speculated to have gotten cosmetic surgery and the audience might actually be right! So, here’s a look at Meg Ryan’s plastic surgery in detail.

Previously, we touched on the plastic surgery efforts of Amber Heard and Joe Benigno.

Meg Ryan’s Plastic Surgery: Fans Believe Something Has Gone Wrong With Her Face, Especially Her Eyes!

When Meg Ryan (@megryan) attended the Tony Awards in 2016, the world was stunned by her dramatic transformation. The then 54-years old appeared completely different from how she did back in her days. The audience thus couldn’t help but speculate that Ryan has had plastic surgery and she might have overdone it.

Comparing Meg’s before and after, she looks completely different. Though aging could have played its part in the actress appearing changed, it’s actually the unusual changes in her features that sparked the rumors of her plastic surgery.

Exclusively covered by Hollywood Life, many cosmetic surgeons were quick to give their words on what Ryan did to her face. Plastic surgeon Mark Youssef from Younique Cosmetic Surgery thoroughly analyzed Meg’s facial status and deduced that the actress outdid her cosmetic procedure.

As per Youssef, the most evident thing Meg Ryan did to her cheek is some form of filler or fat transfer. The unusual thickness of the apple of the cheek indicated that the procedure could have been a bit too much than what was necessary to make the cheeks appear fuller. He also pointed out that when she grins, the filler in her eyes rises, making her eyes appear smaller. The positioning of the fullness in her cheeks gives her a masculine appearance.

Mark also exclaimed that to give her a softer aspect, the volume of the filler could have been positioned more laterally, pointing out the procedure isn’t done properly. The brief analysis surely does explain the unusual changes in Meg’s face.

Apart from Meg Ryan’s cheeks, it’s speculated that Meg opted to do some work on her nose as well. The surgeon mentioned that the tip of Ryan’s nose is narrower than previously as it appears to be more pinched. He then deduced that When Harry met Sally actress may have undergone rhinoplasty.

Along with her cheeks and nose, Meg’s lips also appear as though they got a lot of volumes indicating the use of lip fillers. The lack of fine lines on her forehead also points out the use of Botox or even an eyebrow lifting surgery. Many believe that the superstar has had too much Botox on her forehead, which made her eyes appear smaller by lowering the position of her brow.

In addition, the change in the shape of Ryan’s face is believed to be due to facelift surgery. Besides these procedures, her skin texture appears to be altered as well which hints that Meg underwent some form of laser skin resurfacing surgery.

60 and still radiantly beautiful, Meg Ryan’s fans believe that Meg broke the spell of aging with plastic surgeries. While Meg might be enjoying her youthful beauty, many believe that it’s insane to opt for such a large number of procedures that makes one look almost unrecognizable.

Her fans are concerned by the fact that Meg Ryan’s huge transformation is due to her addiction. Addiction to plastic surgery has actually become a very real problem. The insatiable urge to alter your appearance, change what you don’t like, and stop your skin from being loose as you get old! The dissatisfaction with one’s image and the loss of youth to the chime of passing time generates the compulsion to get surgeries.

As many believe the surgery will resolve the problem, however in reality it will not because the problem is more of a mental distortion of one’s vision. Though the speculations of Meg Ryan’s plastic surgery is almost evident with all the possible analysis present, the actress herself hasn’t said a word with regard to the topic.

Cosmetic procedures and alterations are quite common among celebrities these days however, transforming the essence of one’s true self for perfection isn’t quite something fans want their idol to be doing as in the case of Meg Ryan.