Megan Thee Stallion’s Boyfriend Pardison Fontaine: Are They Engaged in 2022? 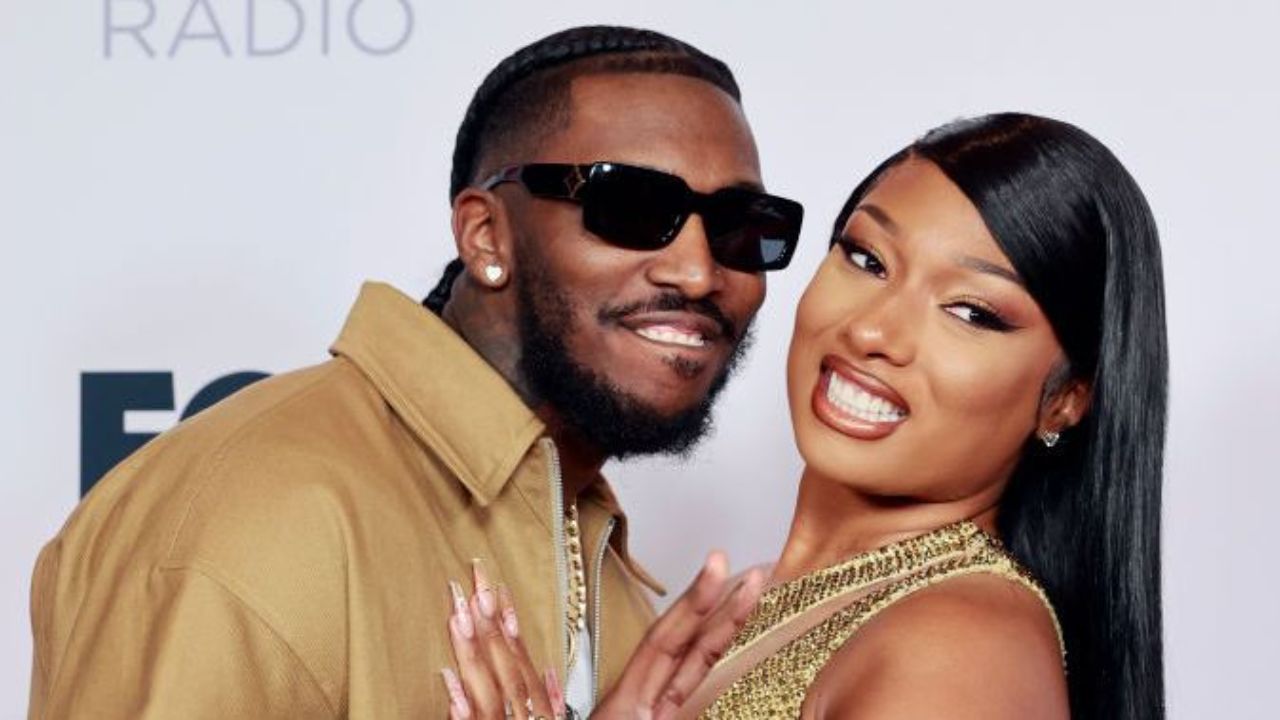 Megan Thee Stallion posts loved-up photos with boyfriend Pardison Fontaine in 2022. During an Instagram Live in February 2021, the songstress revealed to fans that she is dating fellow rapper Pardison Pardi Fontaine.

Megan Jovon Ruth Pete (b. February 15, 1995) is an American rapper better known as Megan Thee Stallion. She rose to prominence after videos of her freestyle became popular on social media platforms such as Instagram. She is originally from Houston, Texas. Moreover, she signed with 300 Entertainment in 2018, and her mixtape Fever and extended play Suga both charted in the top ten on the Billboard 200.

Outside of music, she has prioritized her education, and she graduated from Texas Southern University in 2021 with a Bachelor of Science in Health Administration. She received critical acclaim for her debut studio album, Good News, which appeared on several year-end best album lists.

Previously, we touched on the relationship status of Shia LaBeouf and Jennifer Love Hewitt.

Born as Jordyn  Kyle Lanier Thorpe, Pardison Fontaine (@pardi) is a Newburgh, New York singer, songwriter, and rapper. He has a daughter named Jordy Jr. She frequently appears on his Instagram profile. In one post, the rapper called his daughter ‘the most beautiful song I’ve ever written.’ That is so adorable!

At the 63rd Annual Recording Academy Awards, Meg won three GRAMMYs: Best New Artist, Best Rap Song, and Best Rap Performance. But did you know Pardi also received a Grammys that night? Megan’s boyfriend was a co-writer on her 2020 Savage remix with Beyonce, so when she won Best Rap Song for the song, Pardi got to share it with her as well.

Back to the Future, a 1985 film, inspired the 32-year-stage old’s name. In a People interview in 2019, he revealed that he first called himself Pardi McFly, a play on Michael J. Fox’s character, Marty McFly. JAY-Z will not do a song with someone named Pardi McFly, he reasoned. So Megan’s boyfriend dropped the McFly while he kept the Pardi.

Fontaine also revealed that he has been rapping since he was in middle school. It all started when he collaborated on a song with another student rapper. He had his biggest hit in 2018, but he avoided mainstream music because he’s a ghostwriter.

The New Yorker profiled him in 2019 as part of a story about ghostwriters in the music industry. Fontaine was revealed to be the writer of Cardi B’s hit Be Careful from her album Invasion of Privacy. Moreover, Megan’s boyfriend is best known for writing songs for major artists such as Kanye West, Lil Nas X, and even Ed Sheeran.

Relationship Timeline of Megan Thee Stallion Explored: Are They Engaged in 2022?

Megan Thee Stallion (@theestallion) is happily in a relationship with her boyfriend Pardison Fontaine. They are not engaged yet. The couple’s romance began in 2020, when Fontaine was named co-writer on a remix of Megan’s popular song, Savage. He was also credited as a songwriter on Real Hot Girl’s hit collaboration with Cardi B, WAP, that same year. The Body hitmaker and Megan confirmed their relationship on Instagram Live in February 2021.

They also had a lavish Valentine’s Day celebration together in 2021. Pardi surprises his girlfriend with a private jet and a customized dinner menu titled Pardi With a Hottie. Moreover, he posted a recap of the couple’s one-year anniversary celebration, which included a private chef and matching PJs, on October 20, 2021. Despite the fact that he won’t be able to attend the Grammys with Megan in March 2021. They made their red carpet debut at the iHeartRadio Music Awards two months later.

Moreover, Fontaine accompanied Megan to the Glamour Woman of the Year Awards in November 2021, where she delivered an emotional speech. Fontaine shared a fan-made Instagram reel of Megan’s major accomplishments in March 2022. Stallion and Fontaine are still going strong today. They just keep their relationship private. They were recently seen together at a restaurant, where they were said to be very nice to the staff.

Megan’s boyfriend, Pardison Fontaine has had enough of the slanderous rumors about his breakup with Megan Thee Stallion. But, in a world where public displays of affection are considered the only proof of love, people were concerned when Megan abruptly removed Fontaine’s Instagram photos.

The couple remained silent about the situation, allowing several stories to circulate online about the W.A.P rapper being physically abusive to her lover. These allegations were the final straw for Fontaine, who took to social media to defend his celebrity girlfriend’s name.