Melissa Gorga’s Plastic Surgery: The Real Housewives Star’s Before and After Pictures Examined; Learn About Her Diet & Workout Routine! 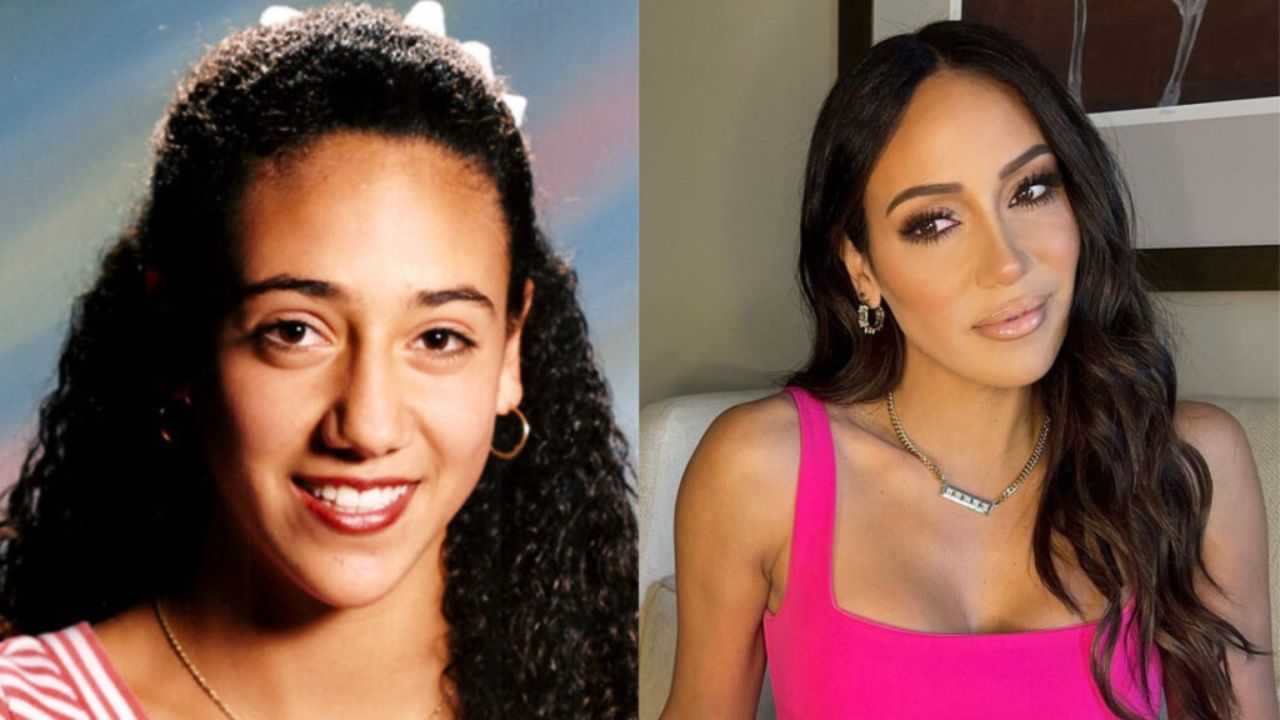 There have been rumors circulating for several years that Melissa Gorga has undergone plastic surgery after she co-starred in the series The Real Housewives of New Jersey. She initially denied these claims, however, the reality star finally admitted that she had a nose job after a heated argument with her co-star Jacqueline Laurita. Similarly, she later admitted that she has undergone breast augmentation. While she has undergone multiple cosmetic treatments, her diet and workout routine also plays a significant role to maintain her appearance.

Melissa Ann Gorga is a cast member of The Real Housewives of New Jersey, having joined the show in its third season in 2011. She is also an author, singer, designer, and businesswoman from the United States. Gorga became a main cast member of Bravo’s reality television series RHONJ in 2011. She was on the cover of the August issue of Boardwalk Journal. She has also appeared in Paper and Us Weekly photo shoots.

The 43-year-old television personality has also pursued a musical career. St. Martin’s Griffin published her book, Love, Italian Style: The Secret of My Hot and Happy Marriage, in 2013. She was born in Toms River, New Jersey, on March 21, 1979. The social media star is well-known in the entertainment industry and has a large fan base on social media. She throws a big party for her birthday and continues to share photos and videos on Twitter and Instagram, which her followers like and comment on.

Melissa Gorga is one of the Real Housewives of New Jersey’s leading stars and has been a fan favorite since the show’s inception. While it is undeniable that the mother of three has been stunning in the past and present, many fans believe she has undergone some sort of plastic procedure to enhance her appearance. The 43-year-old reality TV star has admitted to doing some things in the past but has denied doing others. All of the details on Melissa Gorga’s plastic surgery, as well as her before and after photos, are discussed below.

Previously, we touched on the plastic surgery efforts of Jodie Sweetin and Bella Hadid.

Melissa Gorga (@melissagorga) is no stranger to plastic surgery. Her appearance, however, drastically changed after she appeared on Real Housewives of New Jersey. She has been accused of having numerous surgical procedures since joining the show, but the only spoke out about them a few years ago after her co-star, Jacqueline Laurita, accused her of having four nose jobs. Finally, Gorga revealed in 2016 that she had a nose job done privately.

After a heated debate with her co-star, who claimed the book author had 4 nose jobs, the singer finally admitted that her nose job was the worst-kept secret. When you first look at photos of Melissa, both new and old, you can tell that something is different, a little off. Along with the dramatic difference in her side profile, it appears that the bridge and tip of her nose have been slimmed down. Whoever the surgeon was, he did an excellent job. However, we can still see that her nostrils have retained their shape and size while becoming less prominent.

Similarly, the RHONJ star also admitted to having two breast augmentation surgeries in the past, one in her twenties and one later in life because her doctor recommended it. Her boobs have also changed dramatically over the years, as evidenced by before and after photos. If you’ve seen RHONJ seasons three and four, you’ll notice that Melissa Gorga looks drastically different in a variety of ways.

Likewise, the 43-year-old businesswoman now has larger, rounder breasts that make men salivate and women swoon. She admitted that pregnancy and breastfeeding had messed up her A-cup size. That is when she decided to get breast implants to restore the perfect shape and size of her boobs.

Melissa’s plastic surgery apparently did not stop with her breast implant or nose job. The fashion designer also reportedly had Botox and cheek fillers to keep her youthful appearance. She has a smooth and puffier face. She does not have wrinkles and sagging lines in her mid-forties. It is nearly impossible for a woman her age to look so young without the use of plastic surgery.

Additionally, some of the American reality star’s fans believe she used cheek fillers to enhance the size and shape of her cheeks. When you compare the designer’s before and after photos, you’ll notice a slight difference in the size of her cheeks. Melissa Gorger admitted to getting a lip job done. She had her lips done in 2019. She’ll never forget the first time she had her lips done. She just did it at random and thought she looked sexy.

On the other hand, the On Display singer is stunning whether she had plastic surgery on all of her body parts or just a portion of them. Even if she did not confirm the rumors, her before and after photos clearly show a significant difference in her appearance. Melissa Gorga looks stunning as usual, and her fans continue to adore her new looks. Additionally, her diet and workout routine also could be the reason she still manages to stay in shape with a charming appearance.