Melissa Peterman’s Weight Loss: How Did The Reba Star Lose 60 Pounds? Did She Have Surgery? Check Out Her Diet Plan and Workout Routine! 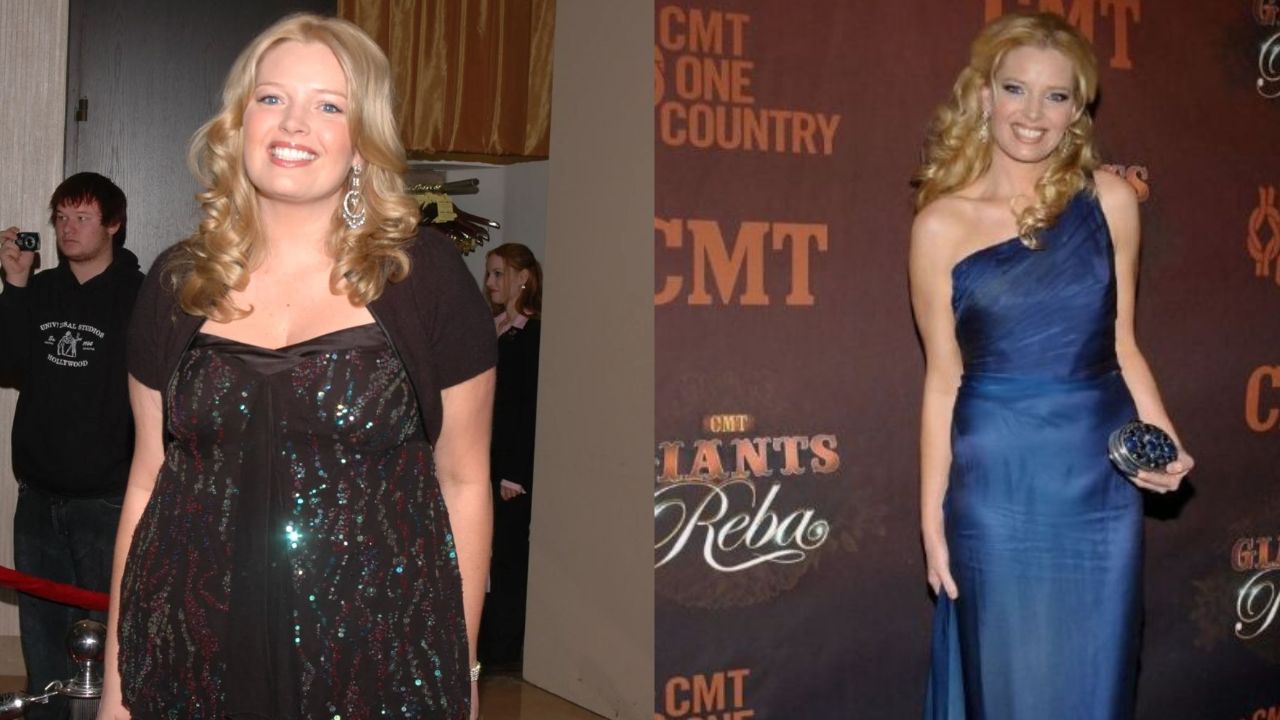 Melissa Peterman’s significant weight loss of 60 pounds at the time she was doing Reba which was back in 2006 is brought up even now whenever talking about her. Because the Reba star never acknowledged her weight loss then, many people thought she underwent surgery to lose weight. Melissa Peterman opened up about her diet plan that she followed to shed weight and in order to stay healthy much later in 2011.

Melissa Peterman is an American actress and comedian who is renowned for playing the role of Barbra Jean in the television comedy series Reba. She is also well recognized for appearing as Bonnie Wheeler in the ABC Family/Freeform series Baby Daddy. Besides that, she is also known as the host of ABC Family’s Dancing Fools, ABC’s Bet on Your Baby, and CMT’s The Singing Bee.

Since 2017, she has played the role of Brenda Sparks in The Big Bang Theory spinoff series Young Sheldon. She is also hosting the television game show Person, Place, or Thing on the Fox network since August 2022.

Regardless of all the acting credits she had, the general public mostly remembers her as Barbra Jean from Reba. They also remember the drastic physical transformation she had undergone at the time she was doing Reba. Her weight loss at the time of Reba is even mentioned now when talking about her. Here are all the details about Melissa Peterman’s weight loss and the diet plans she followed!

Previously, we touched on the weight loss efforts of Matt Lucas and Marlyne Barrett.

Melissa Peterman (@melissapeterman) had a significant weight loss of 60 pounds in 2006 following her pregnancy at the time she was doing Reba.

We all love Barbra Jean from Reba. Melissa Peterman played the role of the quirky dental hygienist so well that we can’t help but associate her with that role only. At the time when Reba aired, not only was the character of Barbra Jean loved but so was the actress playing the part. She really was everywhere. So, it was impossible not to notice the physical transformation she had then as she went from having a great figure to bulging up and then having a significant weight loss afterward.

The Reba actress had a kind of nonchalance about her weight that only the combination of being tall with an average size could bring. But this attitude of hers changed after she gained pregnancy weight gain which was substantial that it made a difference in her size and the way she looked. She went hard for weight loss after she gave birth to her baby.

It was 2005 when Melissa Peterman first started being talked about because of her weight. Fans noticed that she had put on some weight when she attended the 7th Annual Family Television Awards in California. She did appear a little bulged which was because she had just given birth to her son Riley David Brady. But she did not stay that way for long and bounced back the very next year with a significant weight loss of 60 pounds.

The Baby Daddy actress’ transformation was like, one minute the people were gossiping about how much weight she had put on and the next moment, she was debuting a new slim svelte figure and people then started talking about how much weight she had lost. Everyone remembers that time on Reba when Barbra Jean came on the screen screaming ‘I’m here and I’m skinny’ because there Melissa Peterman stood, looking like a dream with the perfect figure after her weight loss.

A lot of fans got curious to know just how much weight Melissa Peterman had lost and how did she lose that weight. But she never addressed it during that time. Even though her drastic physical transformation in such a short time with the pregnancy weight gain and the immediate and significant weight loss that followed was all people talked about, she never made any mention of it.

Because Melissa Peterman never bothered to acknowledge her weight loss in the public, not much was known about the diet plans and the workout routine that the actress followed. Some people even took her silence regarding the situation to mean that she underwent surgery in order to shed weight. They thought that was the reason she was keeping quiet as there were no diet plans and workout schedules to share, just the surgery she had.

But Melissa Peterman finally opened up about her diet plans that she followed to stay healthy and maintain her body in 2011 which could be her giving away how she had the significant weight loss about five years back. She revealed in an interview that she ate a very precise diet to maintain her fitness and be healthy. She said that she started her morning with an organic egg white omelet and fresh spinach picked from her garden and further revealed what she ate in a day.

I eat an apple on the way to his (son’s) preschool, and the closest thing I have had to a fresh fruit smoothie since I had my son is a watermelon jelly rancher. For special occasions, I add cinnamon in my cottage cheese and dip the apple.