Michelle Monaghan’s Plastic Surgery: Has The Echoes Star Had Cosmetic Surgery? Look at The Before and After Pictures! 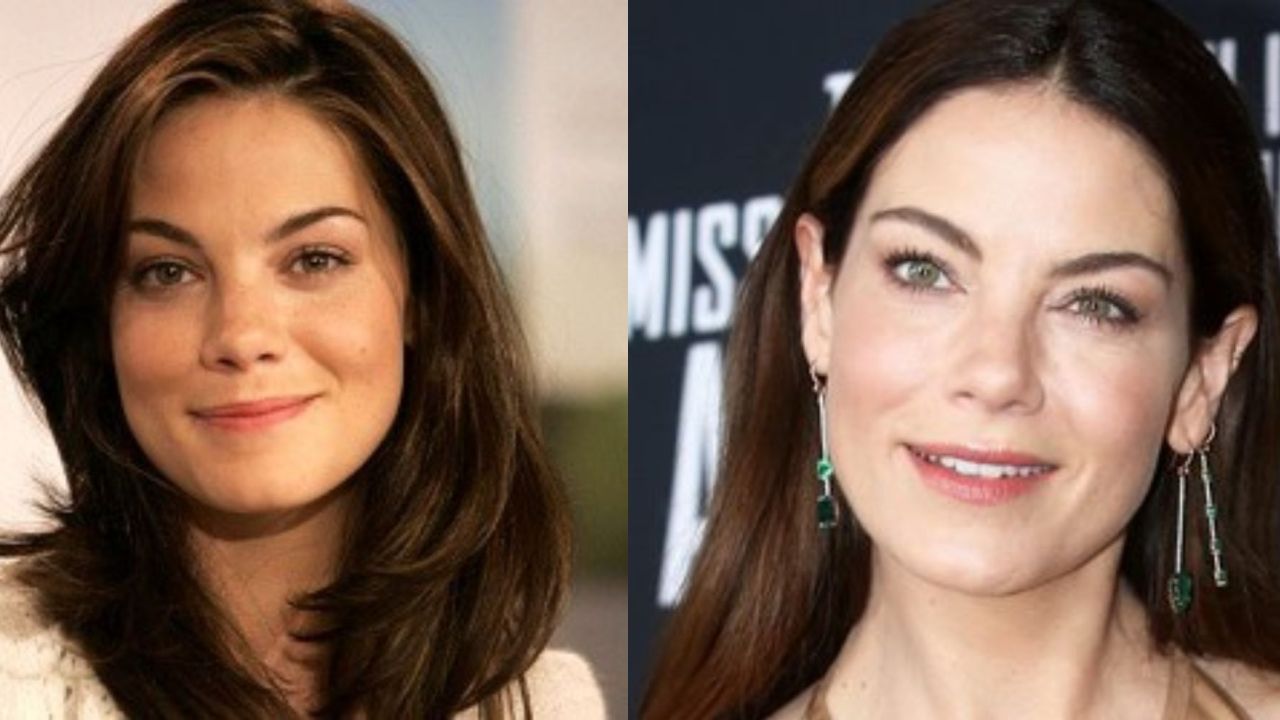 Michelle Monaghan has also done a lot of television. She played the role of Maggie Hart in the first season of the anthology crime drama series True Detective, which earned her a nomination for the Golden Globe Award for Best Supporting Actress. She also starred as Sarah Lane in the drama series The Path and as Eva Geller in the thriller series Messiah.

The actress recently was seen in Netflix’s thriller miniseries Echoes in which plays identical twins Leni and Gina. The miniseries premiered on August 19 and since it premiered, it has put a spotlight on her and her appearance which led to discussions about her plastic surgery. Some believe that she has gone under the knife while others don’t believe that. Read to learn more about Michelle Monaghan’s plastic surgery!

Previously, we touched on the plastic surgery efforts of Taylor Dayne and Cheri Oteri.

Michelle Monaghan’s Plastic Surgery: The Actress Said That Cosmetic Surgery is Not For Her!

Michelle Monaghan (@michellemonaghan) is suspected by her fans of having had multiple plastic surgery procedures such as Botox, facelift, and nose job.

It has been a pleasure to watch Michelle Monaghan play different characters on the screen. Having watched her films ever since she started her career and till now, fans have noticed that she has changed in terms of appearance. They were especially reminded of it after the premiere of her latest work Echoes. She still looks beautiful and has flawless skin that everyone wants even now as she did before. But she definitely looks different. Now, it could be aging but fans have started to wonder if it might be due to plastic surgery.

However, because Michelle Monaghan has just had the smallest change in the way she looks and no drastic changes or transformations have taken place, there are some who believe that the actress is completely natural and has avoided going on the path of plastic surgery so far.

But sadly for her (assuming that she hates the plastic surgery speculations about her), those who believe that her looks are not natural and she has gone under the knife – their voice is louder than that of the others. So, social media is at often times, abuzz with speculations about cosmetic surgery.

Let’s talk about the plastic surgery fans think Michelle Monaghan had! Firstly, Hollywood starter pack, Botox, and a nose job! People believed that she has had her face injected with Botox injections and that is the reason why she is ultra glowing and sparkling more than normal. Her forehead has never lost its shine but they think it has increased. It is just too smooth and the texture is very waxy which makes it seem not natural.

And as for nose jobs, it’s so common in Hollywood that everyone hates their nose so much no matter how slim and straight they are. They are just never satisfied and just have to have a rhinoplasty (a well-done one that makes only the slightest change that is not very visible) to feel good about their noses. So, Michelle Monaghan had no chance of not being suspected of having a nose job.

The actress does have the slightest alteration on her nose which you can notice if you look at her photos very carefully and scrutinize every bit. She used to have a little wider and broader nose but now she has a narrower and more straight nose and her nose tips also look a little sharpened and more refined. Her new nose, in a way, seems more aesthetic than the old nose. So, she must have had plastic surgery on her nose is what many of her fans believe only.

However, these speculations have never been confirmed and verified by Michelle Monaghan herself. She has never responded to these discussions on various social media about whether or not she had plastic surgery. That means no confirmation from her side but that also means no denial either.

Although her response when she was asked about cosmetic surgery in the past, a long time ago, was more than unfavorable about it, and if fans went by that response, they would have to believe that she has had no plastic surgery to look young.

Michelle Monaghan was asked whether she stood for or against plastic surgery and she responded,

I don’t think it’s for me. The acting that I respect is about conveying emotion without really speaking. I’m not saying I jump for joy when I see new laugh lines, but I would try every possible recourse before going under the knife.

However, this was from an interview that happened back in 2011, which was more than a decade ago. So it is possible that Michelle Monaghan has had a change of mind and change of thoughts and attitude about plastic surgery and she got the work done. But unless she herself confirms it, these are just discussions only.