Mike Jeffries’ Plastic Surgery: Rumors Start After the Release of White Hot; The Rise and Fall of Abercrombie & Fitch! 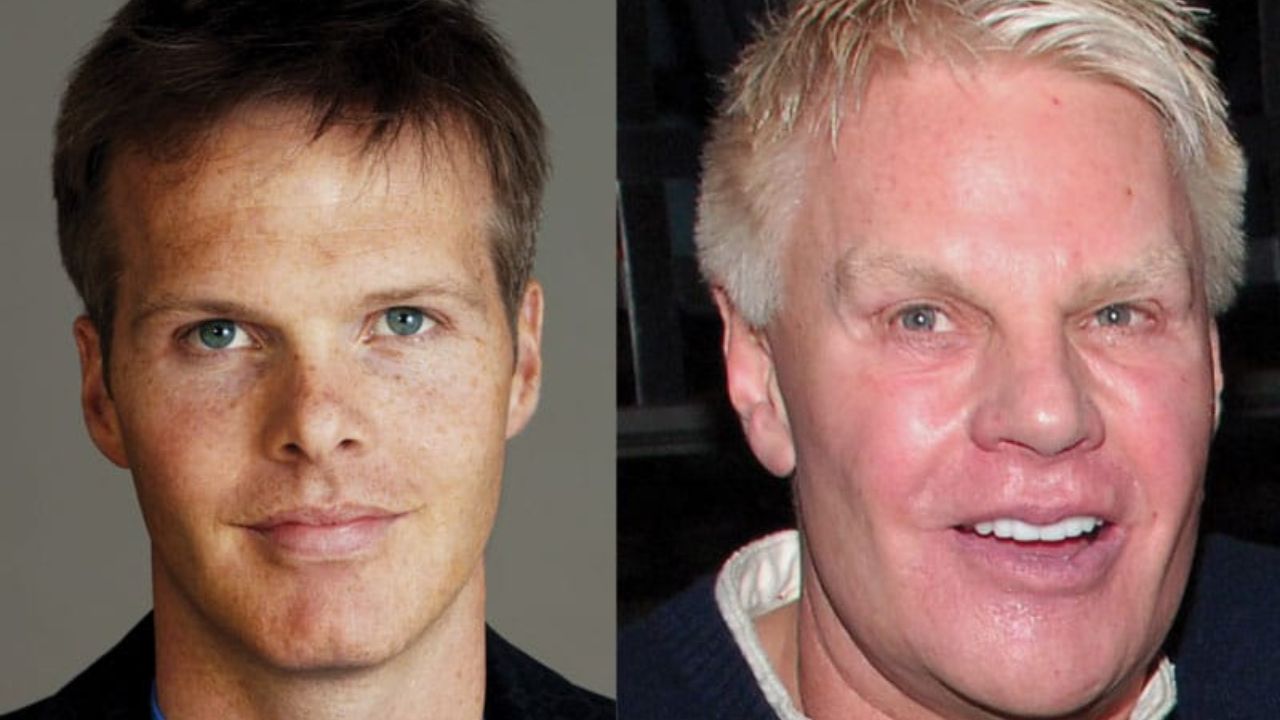 Mike Jeffries’ plastic surgery became the latest topic of discussion after Netflix released a new documentary White Hot: The Rise and Fall of Abercrombie & Fitch. By the looks of it, the former CEO of Abercrombie & Fitch has had lip fillers, Botox, and a facelift. People have been gossiping about how Mike Jeffries has not had a good plastic surgery and that he looked much better before than now.

Mike Jeffries is an American businessman who most people might recognize as the former CEO of Abercrombie & Fitch, one of the most popular lifestyle retailers that focus on casual wear.

He graduated from Claremont Men’s College in 1966 with a BA in Economics and got his MBA from Columbia Business School in 1968. He also studied at the London School of Economics. After graduation, he got into a management training program at now-defunct Abraham & Straus, which helped him get his footing in fashion.

In 1984, he founded his own brand he targeted at career women Alcott & Andrews which fell into bankruptcy five years later.

In 1992, Mike Jeffries was hired to invigorate Abercrombie & Fitch which he did. He reestablished the retail and now is considered to have been the main creator of the new look for the company. He rebuilt A&F as an upscale apparel retailer for the collegiate, and by the mid-1990s, Abercrombie & Fitch had opened dozens of new stores. In 1996, he was left as the manager of the retailer.

Mike Jeffries served for the clothing company as a CEO until 2014. Following the declining sales for 11 straight quarters and mass criticism of the company’s performance, he finally stepped down from the position of CEO of Abercrombie & Fitch on December 9, 2014.

Recently, Netflix released a documentary that chronicles Mike Jeffries’ time at the retailer called White Hot: The Rise and Fall of Abercrombie & Fitch. With the documentary out, Mike suddenly came into the limelight when he had been living a private life before.

And now that the limelight was on him, Mike who had been in controversy for saying that A&F only catered to attractive people got his own plastic surgery scandal. Sort of a scandal because the plastic surgery he has had were far from flattering.

Previously, we touched on the plastic surgery efforts of Katrina Lenk and Jelly Roll’s wife.

Mike Jeffries used to be only talked about for his many scandals and controversies during his time at the A&F but after the release of White Hot: The Rise and Fall of Abercrombie & Fitch, the situation has changed slightly, and people are more interested to know of the plastic surgery he has definitely had. They are especially more curious about the plastic surgery thing because of the views he had shared in the past.

Mike Jeffries will never be able to live it down- the infamous interview he gave to Salon in 2006 when he almost comically said one wrong thing after the other, only they were not meant in a humorous spirit. He had been extremely unbearable and obnoxious.

It was the time when Abercrombie & Fitch was doing alright and looking back at it, he had been basking in the career-high which he did not know was slowly coming to an end. Time had not been kind to the brand nor to him.

In the interview, Mike Jeffries told that the brand was ‘absolutely’ exclusionary, he was only going to market the clothes to ‘cool, good-looking people.’ Though he had always given off that mean vibe; for instance, when he was running A&F, all the workers in the stores were extremely fit, toned, hot, and somewhat unattainable, it was different to have pronounced it loud- the specific vibe of elitism.

Mike Jeffries once compared the business he was running with an analogy of school, very cleverly, he might have thought. He explained that in every school, there are the cool and popular kids, and then there are the not-so-cool kids, and everyone goes after the cool kids, the attractive all-American kid with a great attitude and a lot of friends. And A&F was just the same.

Not all people belonged which was a bit exclusionary. But that was alright because it was only the companies in trouble that would target everybody: young, old, fat, skinny, all, which made such companies totally vanilla. If you didn’t alienate anybody, you didn’t excite anybody either.

And now how time has come to pass. Life certainly didn’t turn out all well for him. Aging happened which must have humbled the spokesperson and the advocate of physical attractiveness down, and made him insecure about his appearance, which is what drove him to the doors of plastic surgery because plastic surgery he definitely had. He may deny it, but we can tell from the way one looks.

And people are really enjoying making those speculations that they know are true and do not need confirmed. When you put his pictures of back then and now, clearly they are the before and after surgery photos of him because there are that changes that have nothing to do with natural aging.

Some people even delight in how the situation had done a backflip for the man who had once been very unsympathetic.

In the before picture, Mike Jeffries was an average-looking man (Can’t understand why he had to be vain about looks. He did not have a mirror perhaps) whereas in the after picture, he is a surgically enhanced or rather moderated person.

He did opt for plastic surgery possibly to counter the effects of aging. But maybe he overdid it or lacked in choosing a great surgeon because the way he looks now after all those plastic surgeries cannot be described as flattering.

Speaking of all the plastic surgery procedures he has had, Mike Jeffries definitely had lip fillers, Botox, and a facelift. His face looks all stretched out and his skin seems too tight for someone in his late seventies.

He clearly has had Botox injected into his face which had smoothed out all the wrinkles and the lines that were supposed to be there. Also, his face does not sag at all. That could only be the job of a facelift.

The plastic surgery that is just too obvious is the lip fillers he has had. His lips were thin naturally. But now he has plump lips that are very noticeable and immediately draws people’s eyes to them. He looks like he has gone overboard with them.

Overall, plastic surgery didn’t do much good for him in the end.