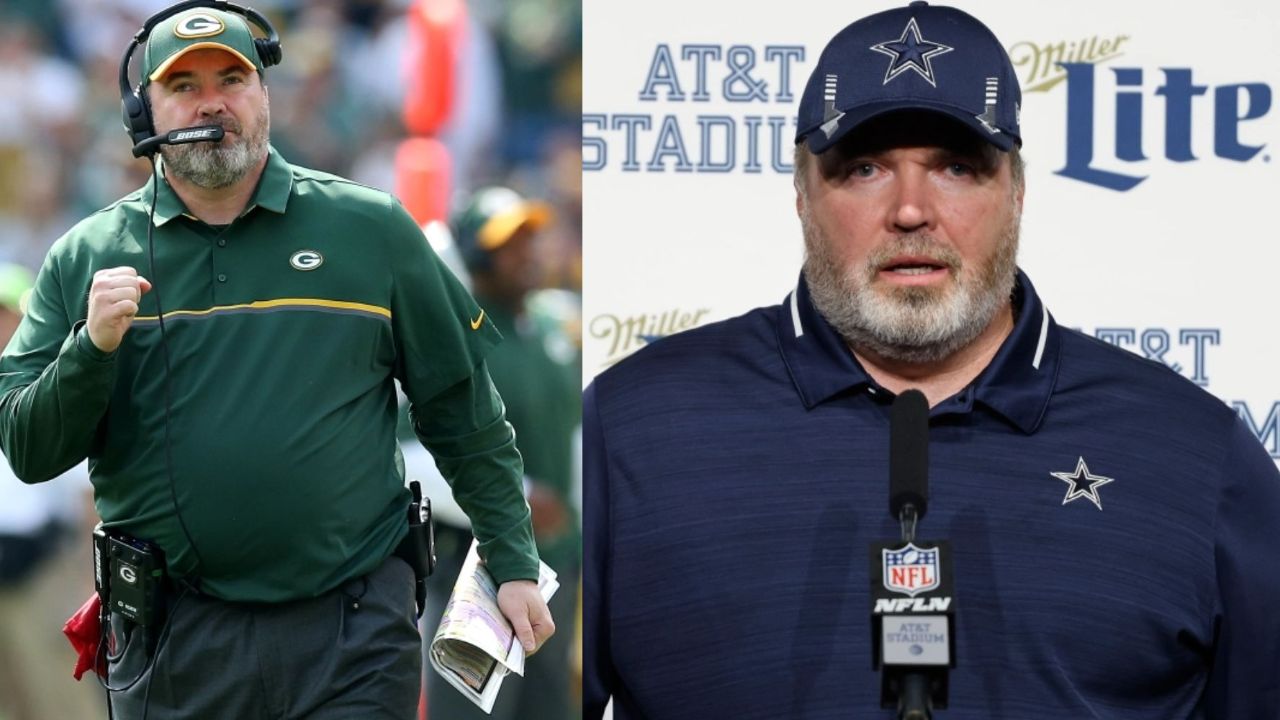 Mike McCarthy's weight loss and new appearance surprised everyone in the press conference of the Dallas Cowboys ahead of the 2022 NFL season. Though he didn't reveal the exact figures of how much weight he shed off, Mike McCarthy spoke candidly of his weight loss when a reporter commented on it.

Mike McCarthy is an American football coach who currently serves as the head coach of the Dallas Cowboys of the National Football League (NFL). Before he took the job of coaching the Cowboys, he had served as the head coach of the Green Day Packers from 2006 to 2018. He led the team to a win in Super Bowl XLV over his hometown Pittsburgh Steelers in 2011.

Mike McCarthy has made an overall season record of 131-87-2 during his 14 seasons as a head coach in the NFL. He is also among the only four head coaches to lead one franchise to eight straight playoff appearances. He has also worked as the offensive coordinator for the San Francisco 49ers and New Orleans Saints.

Ahead of the 2022 NFL season, the head coach of the Dallas Cowboys is in the news for two things: one is the rumor that he might be getting fired and the other is for his weight loss.

Previously, we touched on the weight loss efforts of Paddy Pimblett and Gabourey Sidibe.

Mike McCarthy's Weight Loss 2022: The Head Coach of The Dallas Cowboys Reveals How He Lost Weight!

Mike McCarthy lowkey surprised everyone with his weight loss in the Dallas Cowboys' opening press conference for the training camp ahead of the 2022 NFL season. A reporter even commented on that and said that he looked like he was in the best shape of his life. He responded candidly to that going to details about how he had that weight loss and said,

I don't feel comfortable talking about myself, particularly my waistline. But I think- you know  number one, I have had some people help me. I think I need to acknowledge that. Gentlemen, friend, Jim Roberts, and Darren Pierce, I think these guys have, you know as far as, working out and nutrition and things like, sticking to the basics. I haven't done a great job, you know,  with the stress of this job over the years. And just like anything, I think it is about routine and regularity. But it  just really comes down to basics. At the end of the day, it's just mathematics, you know how much you let in versus how much you produce on the output. So, I'm just really staying in touch with that.

Before he had this transformation with weight loss, he was criticized for his size about a year ago. In an episode of Undisputed, American sports columnist and commentator John Edward 'Skip' Bayles II made some unnecessary and unsavory comments about Mike McCarthy's weight.

Talking about Mike McCarthy before weight loss, he said to Shannon Sharpe that McCarthy is 'a little heavy' to coach professional football. While discussing his coaching style, Skip had nothing to say about Mike's coaching style but all about his physicality. He was apparently 'not taking a shot at Mike about this, but he was a little heavy.' He said,

I wouldn’t want my head coach in the National Football League to not look the part at all because you got to stay in some semblance of condition to show you know who you are and have some confidence in yourself, right?

Comments like these might be the reason why Mike McCarthy had that weight loss. This one, in particular, caught flak for it but it wouldn't have lessened the hurt. In the Dallas Cowboys' Coach's defense, Jenny Taft, the moderator of Undisputed, said that she didn't think that it was a fair shot because she had actually had plenty of coaches that had not had the perfect, ideal physique, including her college coach.

There was a backlash on Twitter for those comments which essentially insinuated that Mike McCarthy needed to have a weight loss if he wanted to give the semblance of being a perfect coach.

Is Mike McCarthy Getting Fired? What Does Jerry Jones Have To Say?

During the opening press conference of training camp, it was not just Mike McCarthy's weight loss that was discussed. After two seasons without a playoff win, the rumors that Mike might be getting fired had started. It had started with the tepid endorsements of Jerry Jones, the owner and general manager of the Dallas Cowboys himself.

Mike McCarthy was hired for the Cowboys with the hope that he might be able to take them where his predecessor Jason Garrett couldn't- deep in the playoffs. But so far, anything of the sort has not happened. So, speculations that Mike might be getting canned are not surprising.

When asked about the job security of the head coach, Jerry Jones replied that Mike McCarthy would not have been sitting there at the press conference with him if Jerry hadn't thought that he was the man to lead the Cowboys to a Super Bowl and that Jerry had choices that were there for his use had he wanted them. He said,

No, the guy to my right is who I’m convicted about and have been.

Jones further said that moving on from Mike McCarthy as a head coach this offseason was not and had never been an active decision. However, Mike's contract was not renewed this offseason and Jones said that was because the coach was not entering the final season of his deal yet. When he was asked how many of those remained, he declined to confirm and quipped, 'when you got your ass out there a little bit' and trailed off.

Weight loss is likely not the focus of Mike McCarthy right now with everything going on.