Good Bones: Mina Starsiak Hawk’s Plastic Surgery; Did She Get Work Done on Her Face or Just Her Body? Did She Get Her Lips Done, Neck Surgery, and a Facelift? Check Out Before and After Pictures! 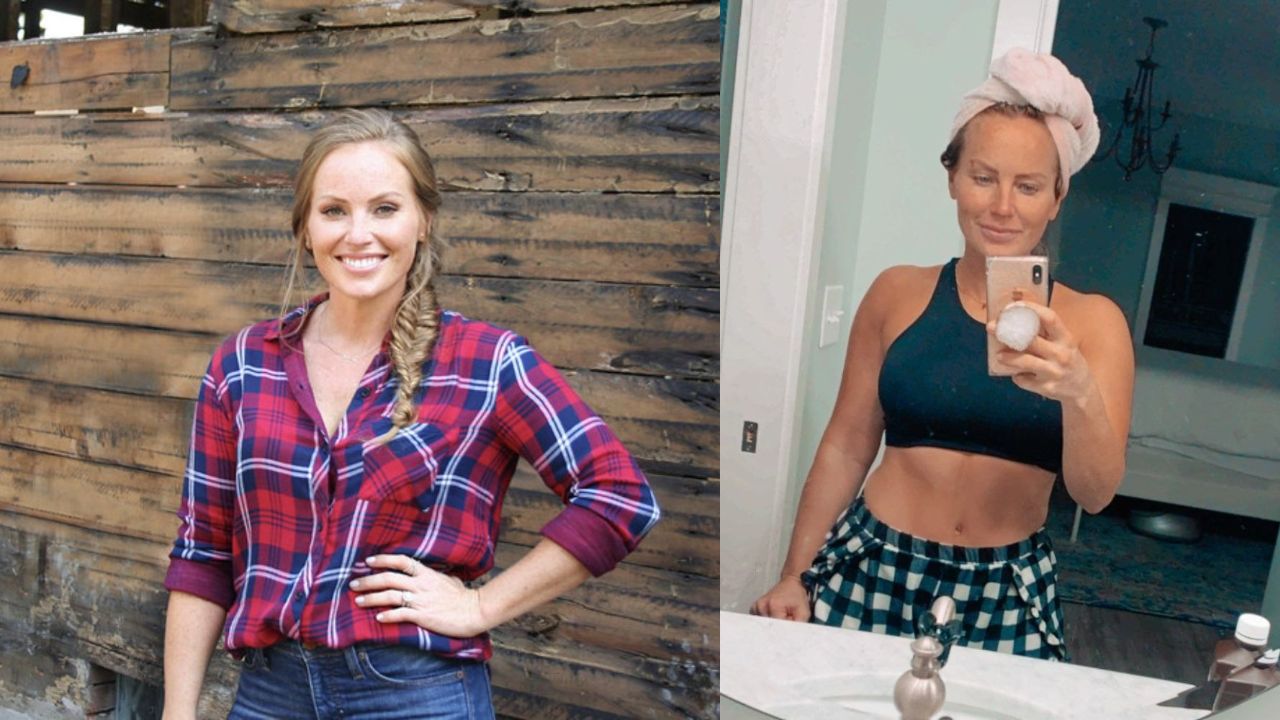 Mina Starsiak Hawk of Good Bones got multiple plastic surgery procedures including a tummy tuck, liposuction, and breast implants. Besides that, the television personality is also believed to get her lips done and is rumored to have a  facelift and neck surgery. Mina Starsiak, however, has only revealed that she had plastic surgery on her body, never on her face. Check out her before and after pictures!

Mina Starsiak Hawk is a television personality who is most recognized as the host of Good Bones. She is also a real estate agent, author, and co-founder of Two Chicks and a Hammer, Inc. She graduated from  Indiana University and briefly worked as a waitress before she began flipping homes with her mother in 2007. It was in 2016 when she was introduced to the world by HGTV via Good Bones, a home renovation series. She also did its spinoff Risky Business.

As she stayed in the public eye as she hosted Good Bones and its spinoff, her body transformation through two pregnancies and after was more noticed by her fans and she revealed that she had plastic surgery on her body. Many fans also thought she got work done on her face, she got her lips done, and had a facelift and neck surgery. But she has never admitted to that one. Let’s find out more about Mina Starsiak’s plastic surgery!

Previously, we touched on the plastic surgery stories of Amy Adams and Lily-Rose Depp.

Did Mina From Good Bones Get Plastic Surgery? Did She Get Her Lips Done?

Mina Starsiak Hawk (@mina_starsiak_hawk) from Good Bones has been candid about getting plastic surgery (very uncharacteristically for a celebrity) to bounce back from her post-pregnancy body. She shared the mindset she was in before she decided to get the work done. She got a tummy tuck, liposuction, and breast implants. Many fans speculate that she got work done on her face and lips. But she has only talked about getting cosmetic surgery on her body, never on her face.

In January 2021, the Good Bones star took to Instagram to make the revelation that she had undergone plastic surgery a month before in December 2020, just months after she had her second child Charlotte. She was not feeling very good about her post-pregnancy body and on top of that, she was diagnosed with diastasis recti, which is a condition that weakens the muscles and creates the separation between her abs.

That’s what prompted Mina Starsiak from Good Bones to go the plastic surgery route. She got a tummy tuck, liposuction, and breast implants which are collectively considered to be the ‘mommy makeover’ package after the diastasis recti she developed during her second pregnancy created a four-and-a-half inch separation between her abs. In an interview with US Weekly, she revealed why she decided to get work done on her body.

I wasn’t happy with my body and what I could accomplish just working out and didn’t feel like myself.

Mina Starsiak further explained that she got plastic surgery because she wanted to feel more confident about her body and stronger as well. She also encouraged others to do the same if that was what they wanted.

Do what makes YOU feel good. It’s ok to be selfish sometimes. Whether it’s surgery or a push-up bra or eyelash extensions, Spanx, a spray tan — get it. Whatever makes you feel strong and powerful and beautiful.

The Good Bones host now has no regrets about tending to her needs and wants and getting plastic surgery. She had given it a lot of thought for the longest time (two pregnancies) before she went ahead with it. She thought about it when she gave birth to her first child Jack and finally got it done after she delivered her second kid. As she explained to People, it was not a spur-of-the-moment decision by any means, though one that she often doubted and questioned.

Mina Starsiak almost didn’t go through with it because of the mom guilt that everyone else needs to be taken care of except herself. But her discomfort with her body weighed heavier. She didn’t feel like herself after two pregnancies, both of which required C-sections, plus breastfeeding, and didn’t feel comfortable no matter what she put on, which affected her work life and social life. So, she gave in to plastic surgery despite the mom’s guilt.

I do a very physical job and I like working out, and your core is so attached to everything, every movement I do, like swinging a hammer. I just didn’t feel like I was going to be able to work out and get this back to where I felt strong, like myself, like I did before kids.

Mina Starsiak does not regret now that she traveled for more than three hours from her home in Indianapolis to Toledo in Dr. Peter Koltz‘s office to go under the knife for a five-hour surgery but she had to have second thoughts about it after she had it done while she was in post-operation recovery from plastic surgery because it was very uncomfortable.

Mina Starsiak Hawk had to put on a tight compression garment to reduce swelling. She had to have drainage bags attached to both hips and the base of her tailbone to manage the excess fluids from the incisions and learn how to take care of them. She said that she felt like an alien because she had drains to collect that bloody goo and that it felt like she was peeing and having her period at the same time. It took her eight weeks to feel normal.

Besides the plastic surgery on her body, Mina from Good Bones is also suspected of getting work done on her face. Some believe she has had a facelift, some think she got her lips done, and some think she got neck surgery. But as far as she is concerned, she has not had any of them because if she got anything done, she would not hide it and reveal it.