Mindy Kaling’s Husband: Is She Married to The Office Costar BJ Novak? 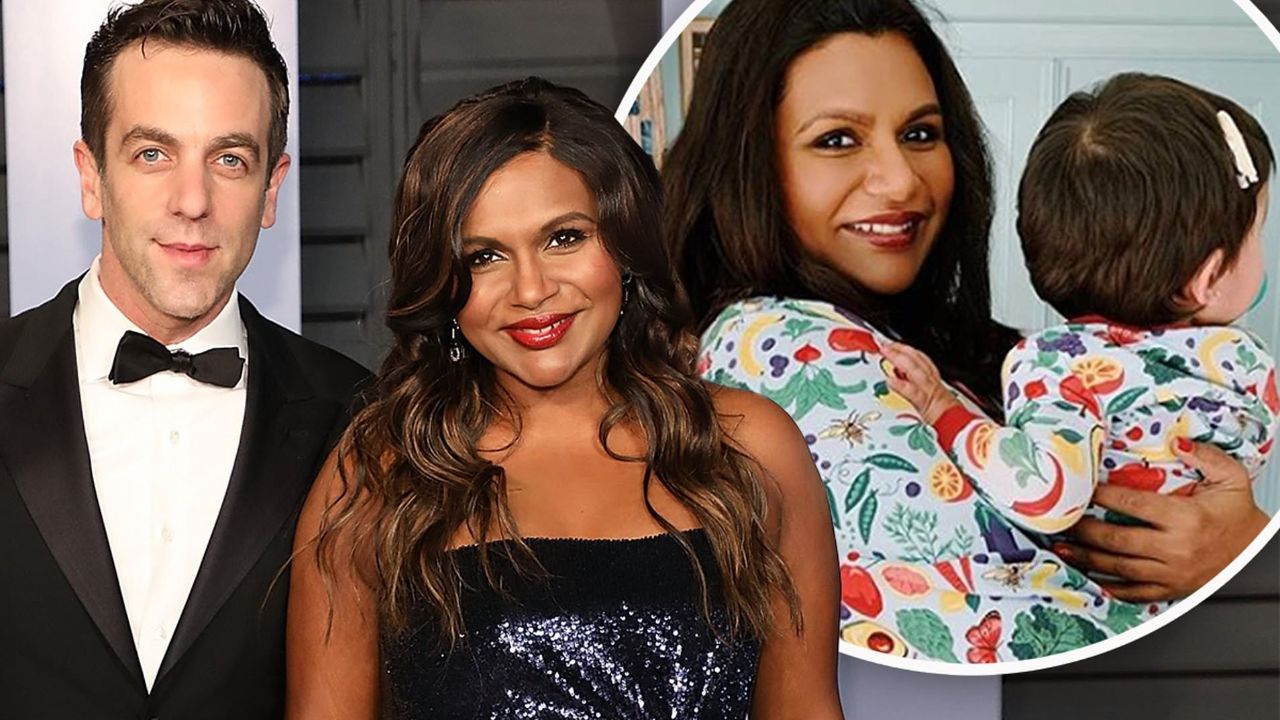 Mindy Kaling’s husband is the greatest kept secret ever. Because The Office star has two children; a daughter and a son, there are many who think that Kaling must be married to her baby daddy. Fans imagine and wish for BJ Novak to be the name of her husband and the father of her child. But the story where Mindy Kaling and BJ Novak end up together is only for reel life and not true in real life. Besides, Kaling has always been a single mother, she was not married when she gave birth to her children in 2018 and 2020, and she is still not married as of now in 2022.

US version of The Office has propelled many to proper stardom in the nostalgic sense by the cult-like fan following of the sitcom; be it Steve Carell, John Krasinski, BJ Novak, or Mindy Kaling.

And while The Office, with its awkward and cringe brand of humor itself might have aged like milk because of a huge cultural shift and the birth of wokism and the subsequent introduction of cancel culture which is what lies ahead for anyone who fails to maintain political correctness, intentionally or not, one thing that has outlasted the particular genre of comedy that The Office is that Michael Scott embodies is the friendship and romance between the two stars of the show Mindy Kaling and BJ Novak.

The tales of their brief love affair and friendship are not exclusively known to and talked about by The Office fans but it is known to many because how could one resist such a cute story about friends turning into lovers turning into friends again with a stronger bond than ever.

They are the ultimate ‘will they or won’t they’ couple in real life. It is a source of utter bafflement to many that they are still just friends and not husband and wife already.

Just like the characters they play in the show Kelly and Ryan, Mindy Kaling (@mindykaling) and BJ Novak (@bjnovak) also were in an on-off relationship in real life during the show.

Their romance is just so endearing with a charm of its own, and sort of evergreen, like both of them seem like young people who are smitten with each other but can’t stop squabbling, which is why it can be shocking for people to know Mindy Kaling is 42, and she is a mother to two children; a daughter and a son.

Now, if you are thinking somewhere along the lines of ‘oh, Mindy was with child, so she must be married, who is her husband, why is she keeping her baby daddy a secret, could it be BJ Novak’, then let me tell you: No, Mindy Kaling is not married; not now as of 2022 and it is not because the mother of two must have been divorced, it is certainly not because she left her husband and took off with her lover in real life like she did in The Office. In real life, she was never married to her baby daddy even when she birthed her daughter in 2017 and her son in 2020.

That brings us to Mindy Kaling’s kids, whose paternal parentage is top-secret. Kaling had her daughter Katherine in 2017. Her fans were finding it difficult to believe it when Oprah Winfrey revealed that Kaling was going to have a child but when finally she made the revelation on The Ellen Degeneres Show that she was actually going to have a child and it was going to be a girl, people were shocked at the news but soon after that initial surprise faded, they were happy and excited for her.

But then after came the questions about who fathered her child and was she married. Her unknown baby daddy, who could also be her husband she married in secret, was the most searched person on the internet. But the internet also needed to have it from Mindy Kaling herself.

And then it was known to the public that Mindy Kaling, who played the gossipmonger Kelly in The Office, was the complete opposite in real life and had no intentions of revealing the identity of her daughter’s father. And because people couldn’t help wondering if she had gotten married, it also became clear that Mindy was just with a child but not with any husband.

As much as I, along with everyone else, ship hardcore Mindy and BJ Novak together and imagined BJ Novak to be the father to her baby and a husband to herself, it was simply not true. She would go on to raise her child as a single mother. The birth certificate of her daughter doesn’t carry the name of the father as well. But what we know about the child is that she happens to have BJ Novak in her life as a godfather.

Mindy Kaling, talking about why she was choosing to keep the identity of her baby daddy a secret, told The New York Times that it was because she wanted her daughter to have a say in the matter. Until her daughter is grown and mature enough to know who her father is, Kaling was not going to say it to anyone before saying it to the daughter.

The curiosity surrounding her baby daddy again rose when Mindy Kaling announced on The Late Show With Stephen Colbert that she had secretly welcomed another child; a son she named Spencer. Then, again, it was the same ol’ with a twist that was ‘oh, she had a baby again, I wonder who the father is, is her baby daddy going to be kept a secret this time as well or this time, she did it the more conventional way, could she be married now, is she going to reveal her husband any time now.’

And again, let me repeat: No, Mindy Kaling is still without a husband and yeah, her baby daddy is going to be a secret this time around as well. The Never Have I Ever creator is still a single mom, who really doesn’t take notice of her single status until someone points out something about fatherhood.