Movies Similar to He’s All That 2021 – 5 Films You Need to Watch After the Netflix Rom-Com! 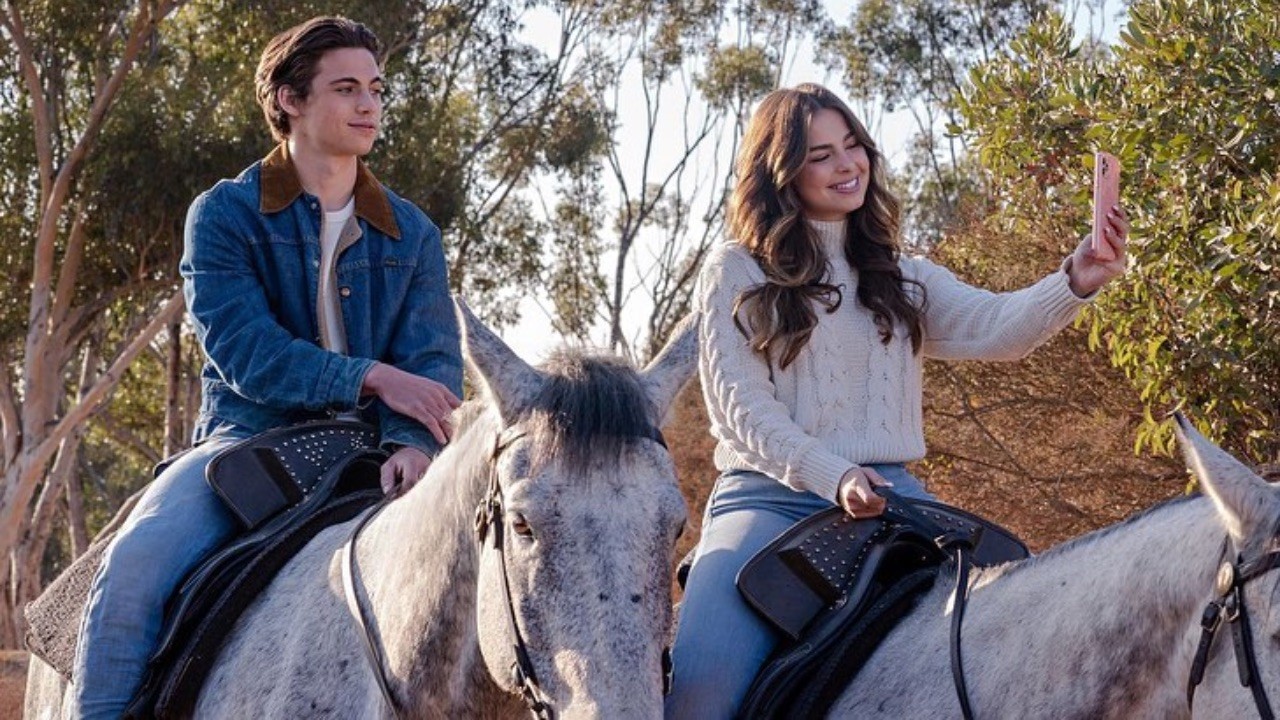 Romantic comedies are a huge thing on Netflix. People love to relax and enjoy 90 minutes of feel-good romance among different age groups of people. He’s All That is a film targeted towards those and young Tik Tok fans who can see Addison Rae’s acting debut. So, after you are done fawning over the film and need more goodness to fill your day, here we list five movies similar to He’s All That you need to watch right now.

He’s All That is a teen rom-com starring Tanner Buchanan and Addison Rae. The movie follows an influencer by the name Padgett who catches her boyfriend cheating. This results in the collapse of her relationship and also causes humiliation in school. But when she claims she can make anyone in the high school a prom king, her friends challenge her with a near impossible task.

The new Netflix teen movie is based on an original classic which was a massive success in the 90s. In this streaming version however the genders of the two leads are swapped and social media dynamic comes into play. So, if makeover and building yourself up is the theme of entertainment you are going with this week, here are 5 movies similar to He’s All That which should be on your list.

Well, that was an easy one to put on the list, considering the new Netflix movie is based on She’s All That. The 90s classic made over $100 million at the box office and sent Freddie Prinze Jr. and Rachael Leigh Cook off on their respective careers. The movie was a massive success and Rachael will even be in He’s All That, playing Padgett’s mother.

She’s All That tells the story of a high school jock who is dumped by his girlfriend and in his humiliation, declares he could turn any girl into the prom queen. The premise of She’s All That is what inspired the modern gender-swapped remake. So, if you have not seen it, this film should be at the top of your list of movies similar to He’s All That.

Considered to be one of the greatest teen movies ever made, Clueless features a young Alicia Silverstone and Paul Rudd. Alicia plays the socially successful, shallow, and self-professed match maker of her high school. Spurred on by her success with getting two teachers to date, she decides to lend her talent to klutzy Tai. Making her over, soon Cher realizes Tai has become more popular than her, putting her own status in the school in jeopardy.

A critical and commercial success when the film was released in 1995, Clueless made over $50 million at the box office while managing to hold cultural relevance. The film was further expanded into various media formats and Paramount is remaking the film for a modern audience. So, a lot of things are common and you see why Clueless is one of movies similar to He’s All That.

The power of Mean Girls is nothing to laugh at. From making “Fetch” happen to commenting of the meanness of high school girls, it is at the top of most people’s teen comedy movies. The film was also a massive success in 2002 with over $130 million at the box office. But the true accomplishment of the film has been its legacy. Still one of the most quotable films of all time, there is barely any comp to Mean Girls.

The movie features Lindsay Lohan, Rachel McAdam, and Tina Fey. Lindsay plays Cady in the movie, a newcomer at a Illinois high school where cliques and groups are everywhere. There are plastics who care about a person’s appearance and are mean to everyone else. After Cady gets in with them, she realizes what she lost along the way to become a Mean Girl.

Legally Blonde – Movies Similar to He’s All That

Over the years Legally Blonde has gone through various phases of fandom. While some found the movie a little too on the nose, others realized the commentary at the centre of the movie. Never judging people by the way hey look was the lesson at play and it has gone down well with the modern viewing audiences. So much so that a third film is coming in 2022.

Reese Witherspoon plays Elle Woods in Legally Blonde. She is good student but focused on a career outside of academics as well as marrying a would be congressman and settle as a house wife. When her plan goes awry, Elle follows her boyfriend to Harvard in hopes to get him back by showing how talented she is in studies. But soon a new idea forms to point Elle towards a different path.

The Duff – We Needed Something Modern

While there are many teenage comedy dramas to choose from when it comes to movies similar to He’s All That. There are only a few that deal with makeovers and high school loners. The Duff deals with a similar type of issue. The Duff or “designated ugly fat friend” is about a teen coming to terms to her status in the social hierarchy and doing everything they can to change the world they inhabit.

The Duff follows Bianca who finds out she is the said designated ugly fat friend. With help of a high school jock, she takes on the designation and also fight to bring revolution to the social status of students within the school. It is a feel good movie, an empower flick and it is one of the modern films that deserve to be in this list.