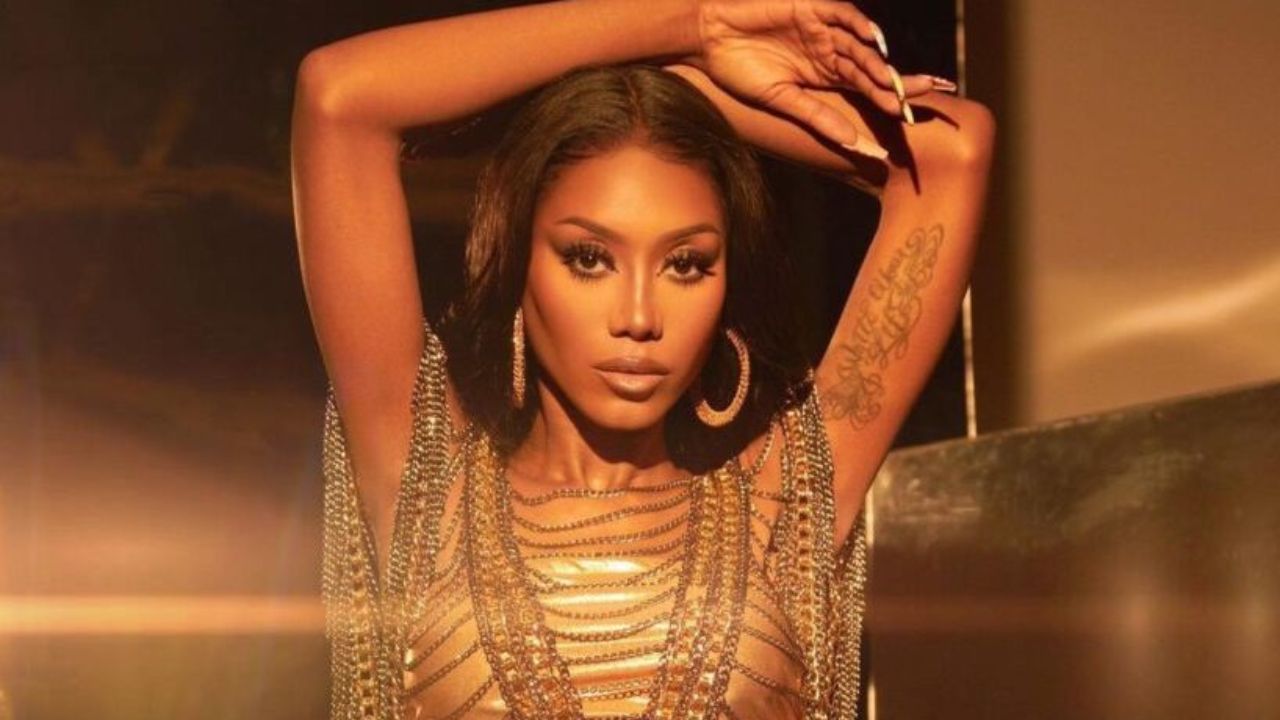 Muni Long, who was previously known as Priscilla Renea, is married to her husband Masimba Chibanda for more than eight years. Ever since the singer performed at this year’s BET Awards, people have taken more interest in her and her relationship. Let’s learn more about Muni Long’s husband!

The breakout sensation of this year’s BET Awards Muni Long enthralled everyone with the performance of her chart-topping hit Hrs and Hrs. Though she herself hasn’t watched the performance back because she didn’t want to ruin it by watching what actually happened, others have and they loved it. It was really a big deal for her because of the success it signified with her single becoming a TikTok hit and going on to top the charts after like a decade of a dry spell.

Muni Long, who was previously known as Priscilla Renea, has been in the music industry for over a decade now but never has she seen success and her songs blowing up like this ever before despite the undeniable talent she possesses. The R&B singer entered the industry when she was just a teenager and got discovered on Youtube after which she landed a record deal with Capitol Records in 2008. However, her singing career couldn’t quite take off and her future at the label was stalled after she released her debut project Jukebox.

To survive in the industry, Muni Long took up songwriting which she excelled at. From 2010 to 2019, she wrote many hits for many big names like Madonna, Demi Lovato, Mariah Carey, Mary J. Blige, Ariana Grande, and more. She has also received a Grammy Award nomination for Album of the Year through her work on Back of My Mind by H.E.R.

But even with a long list of writing credits, she was not satisfied with her career and grew tired of writing for others. So, to live her life to the fullest and stop trying to live for other people, she went the route of an independent artist and went back to making her own music. And then she sang Hrs and Hrs which went on to become a hit.

Muni Long’s Husband: Everything To Know About Masimba Chibanda!

Muni Long (@munilong), before hitting the jackpot with Hrs and Hrs, had been living a very private life and the public didn’t take much interest in her since she was more working behind the scenes in writing. But since breaking out with Hrs and Hrs which she performed in this year’s BET Awards, the interest people took in her increased, and with the pregnancy rumors flying around, in her husband Masimba Chibanda as well.

Because the singer-songwriter was staying out of the public eyes, not much was known about her and her relationship and her husband. But she talked about it all during her appearance on The Breakfast Club and opened up about her romance with Masimba Chibanda, her husband of eight years.

And Muni Long’s relationship with her husband just turned out to be the cutest one; one that is deserving of its own rom-com. How she went from being not too particularly keen on the man who would later go on to be her husband to having such an intense relationship that they were engaged within six months all are elements often used in romcoms.

Muni Long first happened to come across Masimba Chibanda at a Taco Tuesday. And it was not love at first sight. But it wasn’t a casual attraction. In fact, it was the opposite. Because her husband had like two girls with him when they met for the first time, she thought that he was disgusting. For all she knew, they could be his friends but off she went judging him like the girls in movies do. And like them, she played hard to get because she didn’t want to be easily accessible to someone walking around with more than one girl.

But as much as Muni Long was trying to avoid Masimba Chibanda, the person who would be her husband later on, as fate would have it, they kind of fell together and soon started working out together. She did notice how Masimba was very muscular then. She wanted to lose weight and Masimba got her ripped.

Muni Long went from thinking her husband was disgusting to working out with him to seeing him in just four months. Six months later he proposed. If you asked Masimba Chibanda why he did propose to her so soon, he would say, ‘I was just trying to take you off the market before somebody else got you pregnant.’

As of now, the couple has been married for more than eight years. Masimba Chibanda, Muni Long’s husband also inspired a lot of her music. Hrs and Hrs is about him supposedly.