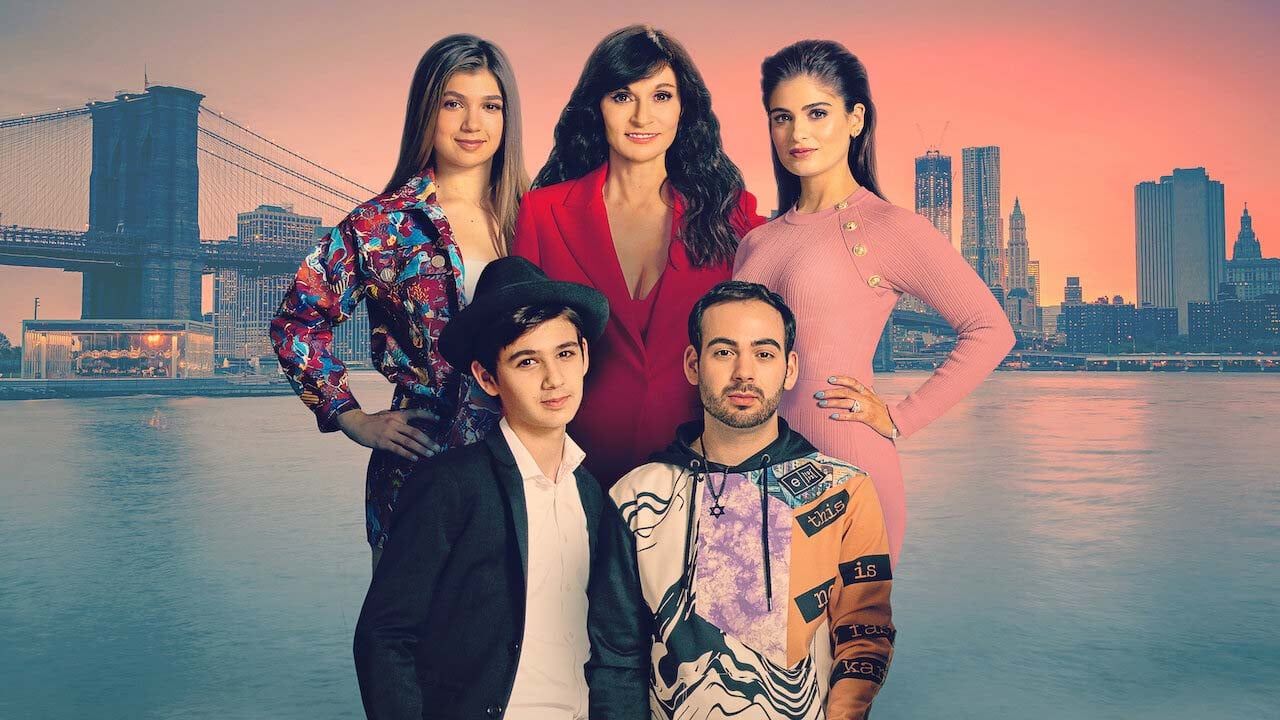 The second season of Netflix’s My Unorthodox Life revolves around not one but two divorces. Not only did Julia Haart split up with Silvio Scaglia but her daughter Batsheva also broke up with Ben Weinstein. While the divorce between the former couple happened because Silvio didn’t fall in love with Haart’s family, Julia’s daughter Batsheva divorced Ben because their goals never aligned.

My Unorthodox Life is a very interesting American reality television series that’s thematically based on religions. The show revolves around Julia Haart, a former ultra-Orthodox Jew, who flees her community along with her family (children) and then goes on to acculturate to their new non-religious lifestyle in Manhattan. The series premiered on Netflix on July 14, 2021. The second one just started airing on the streaming service on December 2, 2022.

While the first season might have been more about religion, the second season is mostly about relationship troubles. There are not one but two divorces happening in the sophomore season. Julia Haart and Silvio Scaglia are splitting up and Haart daughter Batsheva also broke up with Ben Weinstein. Continue reading to find out more about My Unorthodox Life divorce and check out discussions about the relationship issues on Reddit!

There are more interesting stories of Anya Taylor-Joy’s siblings and Vanessa Guillen’s Sisters.

My Unorthodox Life Divorce: Why Did Julia Haart Separate From Silvio Scaglia? What Was The Reason Behind Daughter Batsheva’s Split Up With Ben Weinstein? Check Out Reddit Discussions!

Season 2 of Netflix’s My Unorthodox Life revolves mostly around Julia Haart’s (@juliahaart)relationship troubles which push her to the realization that she is still shackled in her mind with the thoughts of men and she is still not independent as she would like to be.

While it may have seemed from Season 1 of My Unorthodox Life that Julia Haart had turned her life for the best by fleeing the community in which “a woman basically has one purpose: to follow her husband and to be a baby-making machine” and then moving on with a man who considered her his equal, who named her co-owner and the CEO of the company he bought, and who even took her last name. Nobody would ever imagine that marriage with such a man would ever end in a divorce.

But there Julia Haart is, in the second season of the reality show, talking about her messy relationship with her husband Italian businessman Silvio Scaglia, who she once thought was the most perfect man, and why she decided to divorce him. It seemed like she had gotten her happy ending, a loving husband who treats her as someone equal and financial independence. Little did the viewers know that it was not what it looked like.

Sure, Julia Haart had carved out the perfect life as CEO of Elite World Group and as the wife of the man who had purchased the model management company who had expressed his love in the series opener saying, “You’re my life. I will not be alive without you.” He might have spoken too soon because the situation now couldn’t be more different and farther than that. The divorce itself is just the tip of the iceberg. There were several restraining orders filed.

But why the divorce? What pushed the couple to the point that they could not redeem their relationship and had to end it? Julia had even said that it was scary when Silvio moved out because it felt like the end of the dream and she was disappointed in herself for her failed relationship. Well, they lay it all out in Season 2 of My Unorthodox Life. They were forced to choose to end their marriage and divorce each other because Silvio could not warm up to Haart’s children.

Julia Haart revealed in a confessional that Silvio didn’t like hanging out with his children, a situation she had never considered. It wouldn’t have occurred to her that they couldn’t blend their family in her wildest dreams if he had adjusted with her family. She always thought that given enough time, he would fall in love with them, and then they would all be able to be together but he never got it. And that became the death and divorce of their relationship.

The Brazen author came to the realization that “divorce is the only option” when Aron, her youngest child, was upset over being ignored and neglected by his stepfather when he came to stay at the family’s Tribeca penthouse. She was heartbroken to see her child worry that he had done something and Silvio was angry with him and that’s when it dawned on her that Silvio was never gonna change and never love her children and if she loved her children, she had to say goodbye to Silvio forever.

Silvio Scaglia also made it clear in the premiere of Season 2 of My Unorthodox Life that he was never fond of the children. Maybe the lack of compromise on his part meant that the divorce was always meant to be. He said,

While Julia Haart and Silvio Scaglia‘s divorce is making all the headlines, Haart’s daughter Batsheva (@batshevahaart) is also silently handling her split from Ben Weinstein, her husband of over nine years. In fact, it was announced right before Julia’s split.

Though daughter Batsheva and her husband Ben Weinstein seemed like a happy couple in Season 1 of My Unorthodox Life, they were really breaking apart. The rumors of their divorce first surfaced in November 2021 when Weinstein admitted that he wouldn’t recommend getting married young. Fans thought he regretted that he had gotten married to Batsheva when they were 19.

And they were right because not after long, they made a public announcement of the divorce. Julia’s daughter Batsheva wrote in an Instagram story,

After time and consideration we have made the decision to separate. We have so much love and respect for each other but have realized that it is time to take some space to ensure that each of us live the most joyous, fulfilling lives possible. There are no secrets nor salacious events to blame. We are just two best friends who met at a very young age and have grown over the past 9 years each in our own way. We so appreciate your continuous support as we embark upon this new chapter of our lives, separately.

Not much was said about the reason for the divorce of Batsheva and Ben in the public statement, but a lot was revealed in Season 2 of My Unorthodox Life. Julia Haart’s daughter revealed that she split up with Weinstein because their goals no longer aligned because Ben was interested in a more traditional lifestyle, including keeping kosher, whereas she wasn’t remotely interested in returning to the faith. They had reached a stalemate about not just faith but starting a family as well.

Hence, the couple decided to divorce.