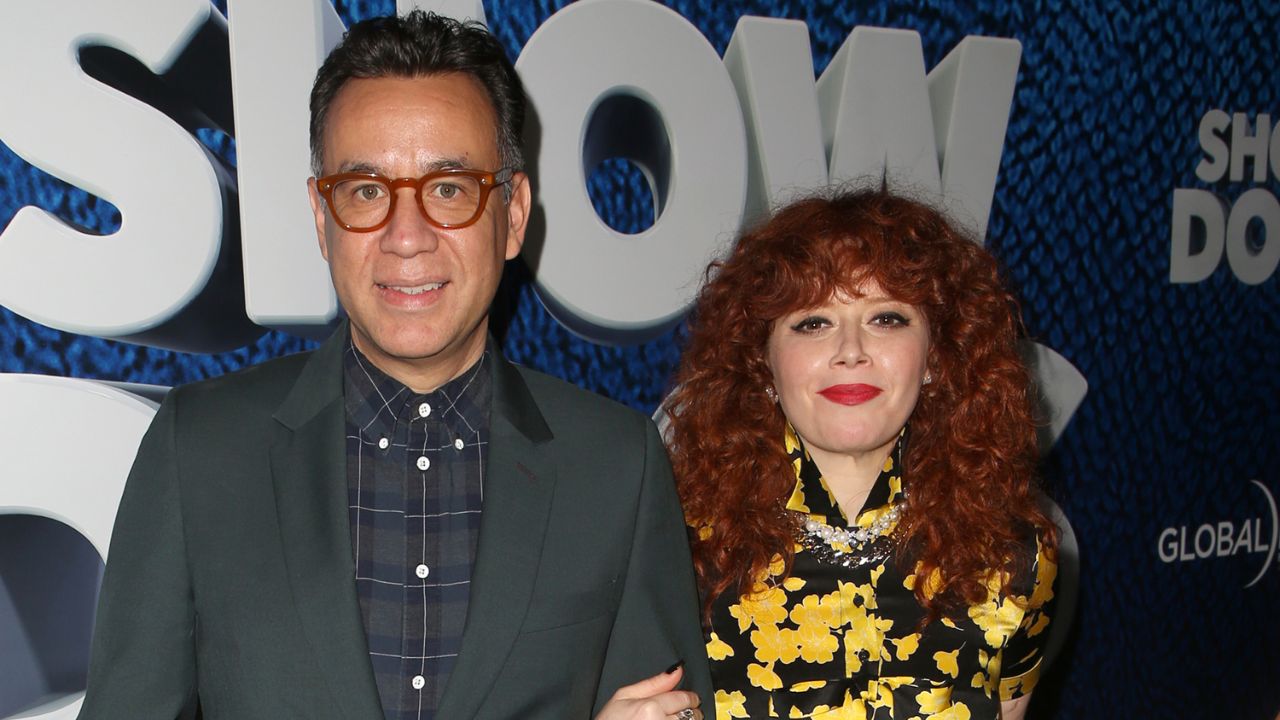 Natasha Lyonne has created curiosity about her husband after she revealed while she was hosting SNL that she had split up with Fred Armisen, her boyfriend of more than seven years. A lot of people seemed to think Fred was the husband of The Russian Doll star. However, as it turns out Natasha Lyonne has never been married and currently is single after splitting up with Fred Armisen.

Natasha Lyonne is an American-Israeli actress, comedian, director, writer, and producer who is mostly recognized for playing Nicky Nichols on the Netflix comedy-drama series Orange Is The New Black. She received a nomination for the Primetime Emmy Award for Outstanding Guest Actress for her performance in the show.

She is also known for her portrayal of Nadia Vulvokov on the Netflix series Russian Doll, a show she has not just starred in, but also co-created, executive produced, written, and directed. She has earned nominations for three Primetime Emmys, including for Outstanding Lead Actress in a Comedy Series for Russian Doll. She is much loved for playing the role of Jessica in the American Pie series.

Natasha Lyonne recently made her debut in hosting Saturday Night Live (SNL) on the Season 47 finale. As she was opening the show with her monologue, she was joined on stage by her friend Maya Rudolph and boyfriend Fred Armisen with whom, she revealed that she had split up. She joked that Freddy and she were the only couple that had a sex tape nobody wanted to buy.

This took a lot of people by surprise and turned out most of them had been thinking that Natasha was married and Fred Armisen was her husband. That SNL episode generated curiosity about the relationship between Natasha and Fred, her supposed husband.

Natasha Lyonne’s Husband: Does She Have a New Partner; The American Pie Actress Revealed Her Split With Fred Armisen While Hosting SNL!

All of the jokes Natasha Lyonne (@nlyonne) said in her opening monologue during her hosting debut for the Season 47 finale of Saturday Night Live (SNL) were lost and no longer effective when she casually let people know that she had split with Fred Armisen (@sordociego), who had just joined her onstage and done impressions of her. This was also when they knew that Natasha Lyonne was not married and did not have a husband. She said,

You know, Freddy and I, we dated for seven years. We’re the only couple who had a sex tape nobody wanted to buy.

This fresh detail about their relationship got the audience a little reeled with all that new information. Because they were not aware that they had split up. Plus, ‘dated for seven years’, what? The couple had been around for, like, forever (seven years it was), so people had assumed they were husband and wife.

They were a little shocked to find out they were just dating and had already broken up at that point. And confused because they had split up, probably recently, but were amicable about the whole thing as they could understand when they saw how Fred Armisen joined her and did impression of her as she was delivering her monologue.

So, Fred Armisen was no longer Natasha Lyonne’s husband! Wait, he was never her husband because they never got married and were just dating the whole time. They were just boyfriend and girlfriend before they split up. And the news of the split was not fresh, she had announced it a few months ago.

In an interview with The Hollywood Reporter Natasha Lyonne did for press for the second season of Russian Doll which was published on April 15, when she was asked if she was based in LA, it became a public knowledge that she had split up with her boyfriend Fred Armisen.

She revealed that she had been living in LA with Fred during COVID but she was no longer based in LA anymore since they broke up (if he was her husband, maybe she would have used the word ‘living separately’ or ‘divorced’).

Natasha Lyonne added that it might seem like a mundane reason for a breakup but during that pandemic, she had to get her laps because she was like Burt Lancaster in The Swimmer. So, she got herself a house with a pool out in LA. And was living an actual bicoastal life.

So, even after dating for about eight years, Natasha Lyonne and Fred Armisen never reached a point where they got married and live as husband and wife and they split up because of a disagreement over swimming pools.

The pair were confirmed to be dating in 2014 after they attended Lorne Michael’s pre-Emmys party at the Sunset Tower Hotel’s Tower Bar in West Hollywood. In 2019, Natasha revealed Maya Rudolph had played matchmaker at the beginning of their relationship.  They were last seen together at the 2020 Golden Globes.

Before the Orange Is The New Black star got with the SNL alum, she had been linked with Michael Rapaport, Adam Goldberg, and Edward Furlong.