Natasia Demetriou’s Weight Gain: Is Nadja From What We Do In The Shadows Pregnant? 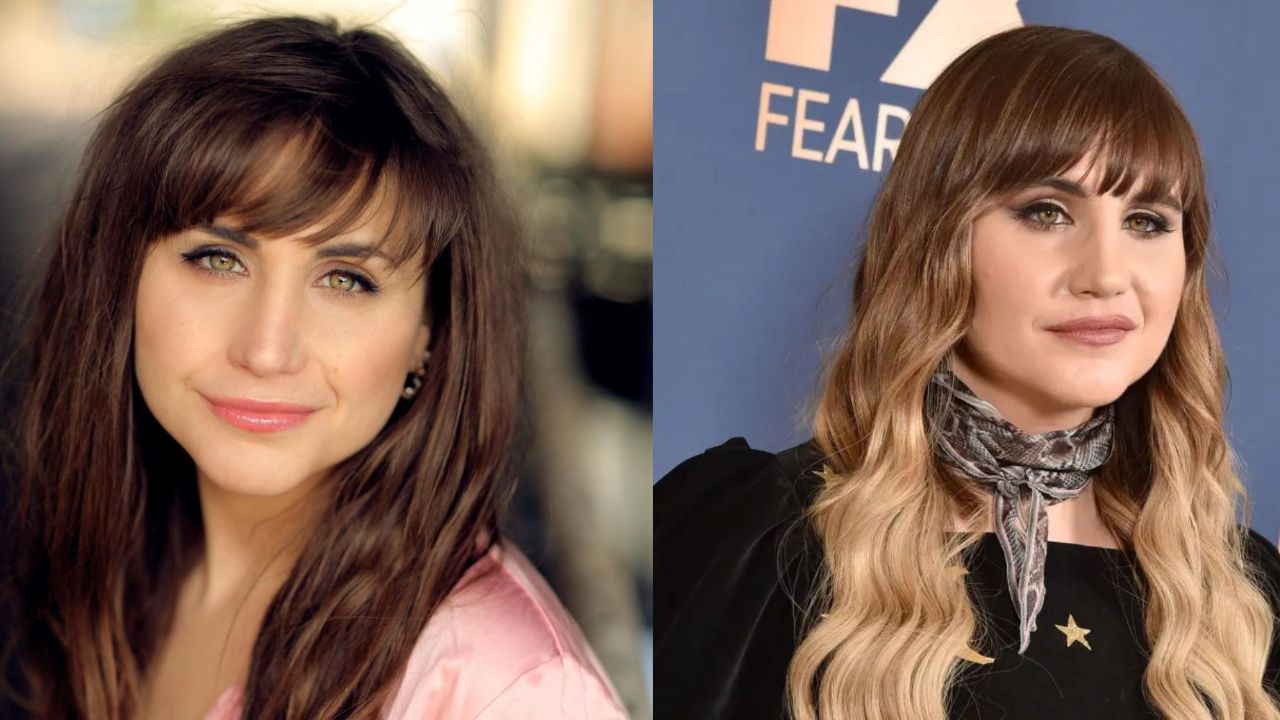 Natasia Demetriou is an English actress who is best known for playing the role of Nadja in the FX horror comedy series What We Do in the Shadows and Sophie in the Channel 4 sitcom Stath Lets Flats.

Before the actress got mainstream breakout roles, she started as a comedian and a screenwriter. She was a longtime member of the sketch comedy troupe Oyster Eyes and contributed as a writer for Anna & Katy and The Midnight Beast before finally making her debut on television in 2013. Her debut show You’ll Never Have All of Me won the Skinny Debutant Award at the 2014 Edinburgh Festival Fringe.

Natasia Demetriou took comedy and acting side by side after that. She did the comedy sketch show pilot of People Time on BBC Three with Ellie White in 2015 and played sister to her real-life brother Jamie Demetriou in Chanel 4 sitcom Stath Lets Flats in 2018.

In 2019, she starred in and wrote the highly acclaimed BBC Three comedy sketch show with Ellie White called Ellie & Natasia, which was inspired by social anxiety and being a woman in today’s society, and starred in the critically acclaimed FX horror comedy series What We Do in The Shadows as Nadja, a Greek Romani vampire.

Season 4 of What We Do in The Shadows, the series she’s most known for, aired recently on 12 July on FX and is streaming on Hulu. The release of Season 4 of the horror comedy has put the spotlight on the cast of the show, especially on Natasia because of her weight gain. The viewers have noticed that she looks bigger now than in the previous seasons of the show and fans want to know the reason why. They want to know if it is just Natasia Demetriou’s weight gain or if she is pregnant.

Previously, we touched on the weight gain efforts of Kristin Cavallari and Eddie Lacy.

Natasia Demetriou’s Weight Gain: The Nadja Actress From What We Do In The Shadows Is Pregnant According To The Rumors!

Natasia Demetriou‘s weight gain has become the latest topic that has taken over the fans of  What We Do in The Shadows after the premiere of Season 4 of the show. While the viewers were very much excited for the fourth installment of the horror comedy to see the direction the show would take, most of them are now less interested in the contents of the series and more fixated on Natasia Demetriou’s weight gain, which is not very dramatic but noticeable. Fans have started to think she might be pregnant.

The What We Do in The Shadows cast has always been lean and fit with a slim physique in the former season of the series. So, fans were not used to seeing her bigger and that is exactly why they immediately noticed that she had gained weight even though it was nothing drastic. It was nothing like she had a massive transformation because of the weight gain and looked unrecognizable after that. But still, fans could see that she is not the kind of slim she once used to be.

Natasia Demetriou, in the latest season of What We Do in The Shadows, has obvious puffiness on her face, and Nadja, the character she plays in the show, is wearing baggy dresses more so as to make the weight gain less noticeable. Because of the baggy dresses, people think that she may have acquired some belly fat, which further led to speculations that she is pregnant.

Ever since fans have noticed Natasia Demetriou’s weight gain, they have been wondering about the reasons for that. And because she’s a woman, people were obviously going to suspect pregnancy. And they did. Many of them have speculated that she might be pregnant and that’s why the change in her body. While others suspect that she has already had a kid.

Some of them believe that Natasia Demetriou had a kid in late 2020 but others have doubts about that because she didn’t look like she had a pregnancy weight gain in 2020 when she co-hosted Netflix’s unscripted reality competition show The Big Flower Fight with Vic Reeves. She was also seen in Series 2 of This Time with Alan Partridge where she portrayed a flirtatious makeup artist named Tiff in 2021. And she didn’t look then like she had post-pregnancy weight gain then. But that has not stopped the speculations one bit.

However, Natasia Demetriou has not acknowledged and spoken publicly about her weight gain and the reasons for that. She has not bothered to confirm or deny the speculations that she is pregnant. Not that she owes anyone any explanation but with all the speculations going on after the premiere of What We Do in the Shadows Season 4, most of them probably thought that she would be talking in no time.

But the actress has always been a notoriously private person and is extremely tight-lipped when it comes to sharing facets of her personal and social life. So, fans might never know if Natasia’s weight gain is because she is pregnant.