Nicole Kidman’s Plastic Surgery: The Northman Star Doesn’t Look Her Age; Check Out Her Before and After Pictures! 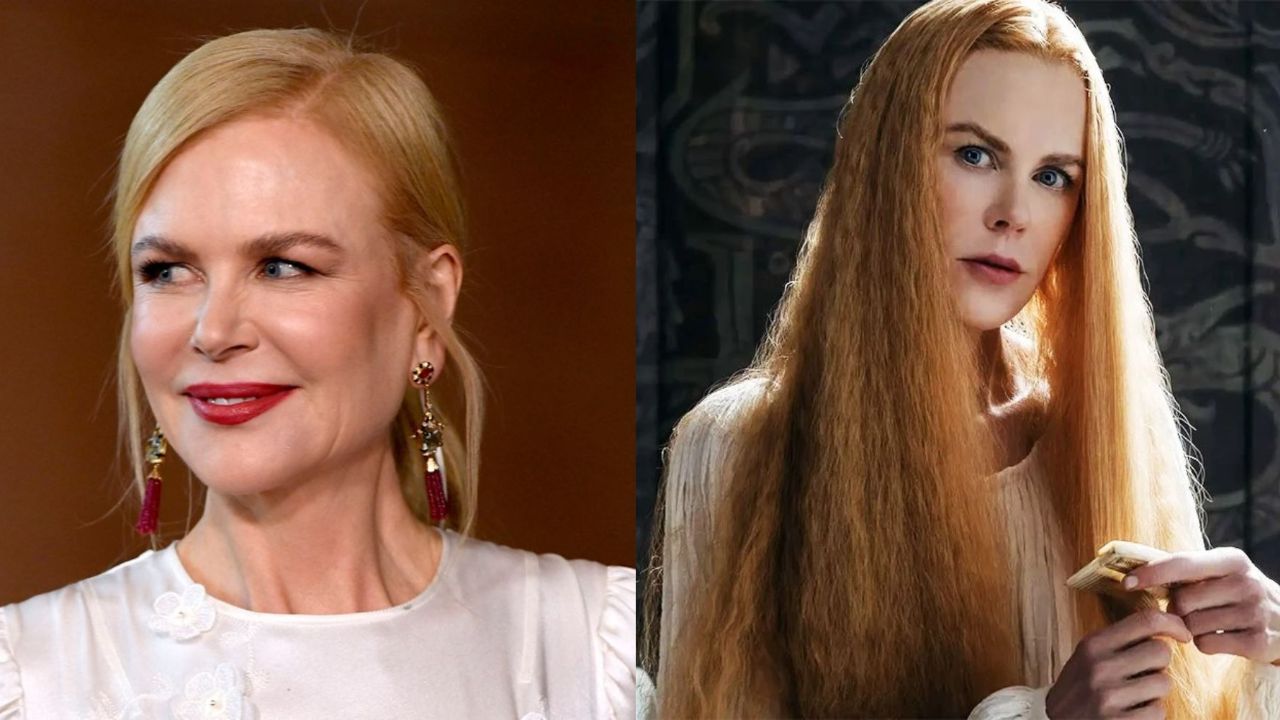 Nicole Kidman’s appearance in The Northman has sparked the plastic surgery speculations once again because she doesn’t look her age in the recent movie. As per cosmetic surgery experts, the Being The Ricardos actress has had Botox, filler, rhinoplasty, and a facelift. However, Nicole Kidman has only once admitted to Botox and denied all other accusations of plastic surgery in the past. The Northman star once said her age-defying complexion was because she had a healthy lifestyle.

The Northman has received much appreciation and love from the viewers on the streaming service even though it may have suffered a box office failure upon release. After a month of being released theatrically, the Nicole Kidman-starrer was made available for streaming on June 3 on Peacock, and since then, people have been discussing the movie on the internet. And though The Northman is based on the legend of Amleth, who is played by Alexander Skarsgard, the true show-stealer has been Nicole Kidman.

Granted the actress has very less screen time than what most of the audience had expected, but it didn’t stop Nicole Kidman from giving anything less than a spectacular performance and shining more than the main lead. Every time she was on the screen, she looked nothing short of regal and breath-taking. Her beauty is almost haunting in The Northman which has left people wondering about the secret of such looks. ‘Did Nicole Kidman have plastic surgery?’ was a question that, at least once, ran through everyone’s minds.

I mean sure, it could have been the gravitas and the attitude with which she played the Queen Gudrún, Amleth‘s mother, that added to the mystery and the unattainability of the character, but it could also have been her flawless appearance. So, plastic surgery is not so much a reach to think about, especially when it comes to someone in showbiz and someone of the age, which is more on the advanced side. Nicole is 54. I know she doesn’t look it. This is one of the reasons why plastic surgery speculations have begun.

Previously, we touched on the plastic surgery efforts of Bryce Dallas Howard and Im Soo-hyang.

Has Nicole Kidman Had Plastic Surgery? Fans Seek Before and After Pictures of The Northman Star!

Nicole Kidman (@nicolekidman), according to various plastic surgery experts, most likely had Botox, dermal fillers, rhinoplasty, and a facelift.

For someone who has been working in the entertainment industry for more than 35 years, this curiosity about whether she has had plastic surgery is not new. But in recent times, her appearance in The Northman has definitely sparked the speculations of plastic surgery once again. Sure, she was looking flawless and breath-taking and The Northman served those looks perfectly, but it was also a bit intimidating and scary.

When you find out her age is 54, you kind of freeze with your eyes on her face but it totally takes you out of the movie because she so doesn’t look her age. There is no way someone who is in her mid-fifties has such a smooth face and no hint of wrinkles.

Nicole Kidman might never admit to it, but one can tell there is plastic surgery involved in making her look like that which is not her age. She looked beautiful before and she looks great now. But the actress totally looks different now from how she used to look before.

Anyway, the Oscar winner once confessed to having Botox. In 2011, in an interview with a German magazine TV Movie, she said,

“I even tried Botox but I didn’t like how my face looked afterwards. Now I don’t use it any more and I can move my forehead again.”

Well, Nicole Kidman said more than ten years ago that she doesn’t use Botox anymore but how true can that be? Just a few months ago, before The Northman was made available on Peacock, the actress was being accused of having too much plastic surgery when she posted a photo from the sets of her new Amazon series Expats on Instagram, in which she was looking too taut and puffy. People didn’t like it- her tight, puffy, and wrinkle-free porcelain face.

The Being The Ricardos actress had always had flawless skin and back in 2007, when she was asked if her radiant skin was because of plastic surgery, she denied going under the knife. She credited the flawlessness and the glow of her skin to a healthy lifestyle. She had insisted that she was completely natural but now, that excuse doesn’t really hold now after 15 years. It just can’t be natural for anyone her age.

You don’t need to be a plastic surgery expert to believe it and experts believe it too. Dr. Dara Liotta told New York Post that she thought that Nicole Kidman has had plastic surgery or used some serious Facetune. She said in reference to those pictures,

“There is little doubt that these photos make it look like she’s had facelift and neck lift surgery.”

New York-based plastic surgeon Dr. David Schafer believed that Nicole’s youthful glow and smooth skin could be due to filters, Botox, or dermal fillers like Juvederm which helped to smooth wrinkles and replace lost volume in her cheeks.

Another top cosmetic surgeon suggested that Nicole Kidman has had a rhinoplasty, a nose reshaping surgery.