Noah Centineo’s Girlfriend/GF in 2022: Is ‘The Recruit’ Cast Still Together With Stassi Karanikolaou? 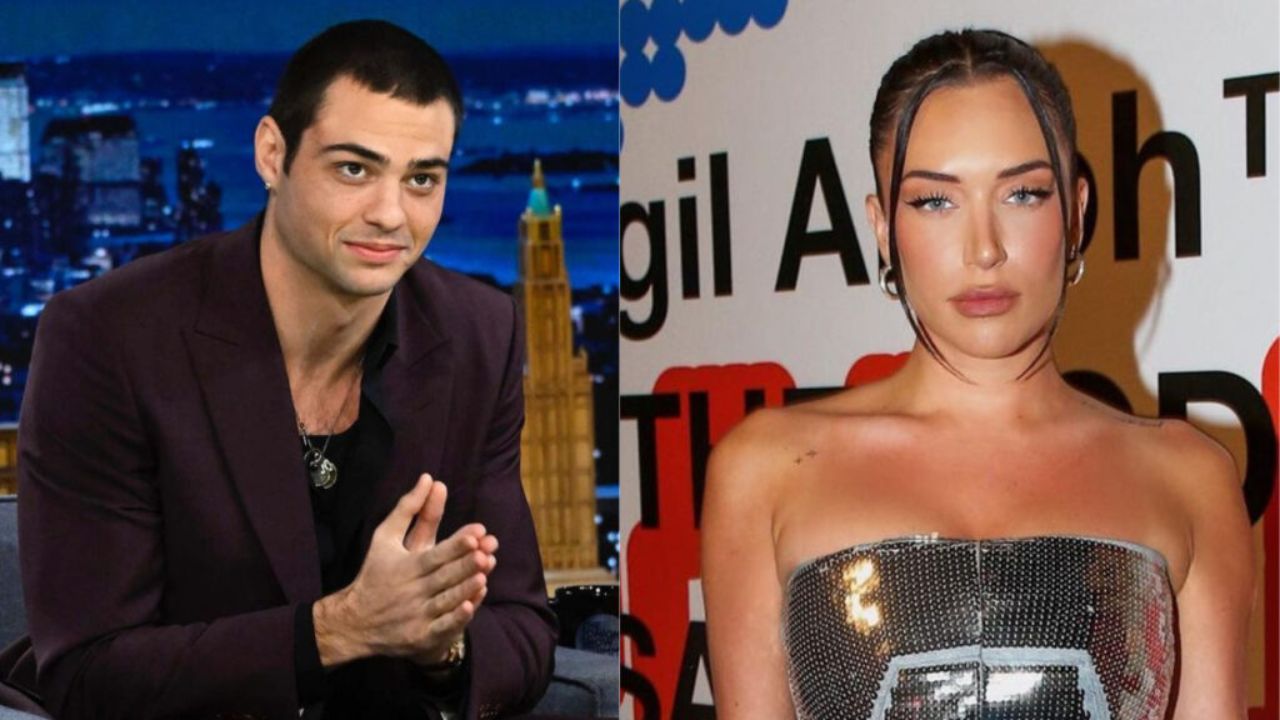 Noah Centineo is dating his girlfriend, Stassie Karanikolaou, in 2022. The Recruit star and his GF have kept their relationship off social media, leaving fans wondering if they’re still together. Well, they are. There were rumors that they secretly married last October, but these were quickly debunked. Additionally, Noah Centineo was previously linked to Alexis Ren, Angeline Appel, Lana Condor, and others.

Noah Centineo is a well-known American actor, best known for his roles in the television series The Fosters and How to Build a Better Boy. He has appeared in many films like Turkles, SPF-18, Can’t Take It Back, To All the Boys I’ve Loved Before, and Sierra Burgess Is a Loser. Austin & Ally, Shake It Up, and Newsreaders are among his most notable series.

Centineo appeared in the superhero film Black Adam in 2022 as Atom Smasher and in the Netflix spy-adventure series The Recruit. In addition, he is a co-founder of the charity Favored Nations.

The Recruit star was born in Miami, Florida, to Kellee Janel and Gregory Vincent Centineo, and grew up in Boynton Beach. Taylor is his older sister. In 2013, his father released the animated film Legends of Oz: Dorothy’s Return. He had a strong interest in acting since a young age. As a result, he auditioned for an agency at eight. When he was 15, he landed his breakthrough role in the film The Gold Retrievers. For ninth and tenth grades, he attended BAK Middle School of the Arts and then Boca Raton Community High School. He moved to Los Angeles in 2012 and attended Agoura High School.

Actor Noah Centineo has won the hearts and captured the eyes of many by starring in romantic films and television shows. However, he keeps his love life a closely guarded secret. He and his girlfriend have kept their relationship private, leaving fans to wonder if they are still together. Follow this article to learn more about Noah Centineo’s girlfriend in 2022.

Additionally, have a look at the relationship status of John Ducey and Beau Garrett.

Noah Centineo’s Girlfriend in 2022: The Recruit Star Is Still Together With Stassie Karanikolaou!

Noah Centineo (@ncentineo) is dating social media influencer, YouTuber, and model Anastasia Stassie Karanikolaou in 2022. And yes, they are still together and are enjoying their love life. His girlfriend/GF is well-known as Kylie Jenner’s best friend. They’ve known each other for nearly a decade and have collaborated on Jenner’s lip kit line. Karanikolaou has also modeled for Good American, a jean label founded by Jenner’s sister, Khloe Kardashian.

The Recruit star and Stassie met while filming a project as friends, but they ended up connecting and having chemistry. The pair apparently began by hanging out with friends in a group setting as well as at each other’s homes. Centineo’s girlfriend, Stassie (@staskaranikolaou) has 10.9 million Instagram followers, but she rose to prominence through her YouTube channel, where she posts beauty, fashion, cooking, exercise, and travel vlogs. She is also a member of Khloe Kardashian’s Good American Good Squad, and she has her own profile on the site.

Fans noticed a flirty exchange between the pair under one of Karanikolaou’s Instagram posts in June 2020. Noah Centineo and his girlfriend were spotted leaving a Halloween party holding hands in October 2020, confirming to many fans that they were together.

Moreover, Karanikolaou attended the premiere of Noah’s film, Black Adam, in October 2022, in which he co-starred with Dwayne Johnson and Pierce Brosnan. Karanikolaou’s Instagram followers would have seen her Instagram story, where she wrote that her son is a superhero and tagged Centineo with a heart emoji. Meanwhile, the dating rumors eventually turned into a wedding rumor, with several accounts claiming that Noah and Stassie went to Las Vegas to marry without telling their families. While Noah remained silent, Stassie quickly denied the rumors, claiming that they never got married.

Between 2019 and 2020, The Recruit star was in a relationship with Sports Illustrated model and ballet dancer Alexis Ren. He and Alexis Ren met through mutual friends before making their red carpet-debut as a couple in October 2019 at the UNICEF Masquerade Ball. Ren revealed their April 2020 split in an interview with Entertainment Tonight in October 2020.

Between 2016 and 2018, Noah Centineo was also in a relationship with Shameless actress Angeline Appel. It’s unclear how they met, but the Disney Channel actress and Centineo once had a hot relationship. Centineo dated Kelli Berglund in 2013 before his career took off. In the 2014 film How to Build a Better Boy, he costarred with Berglund. He has also been linked to Lana Condor, his To All the Boys co-star, and even Camila Cabello. But neither of those on-screen romances ever materialized in real life.

Before leaving, have a look at people’s POV about Noah Centineo’s sexuality.

Here’s a quick reminder for you to visit House & Whips and read more interesting stories about your favorite celebs.