Noah Centineo’s Weight Gain: The Black Adam Star Put on 25 Pounds for His Role in the Movie; What Workouts Did He Do? 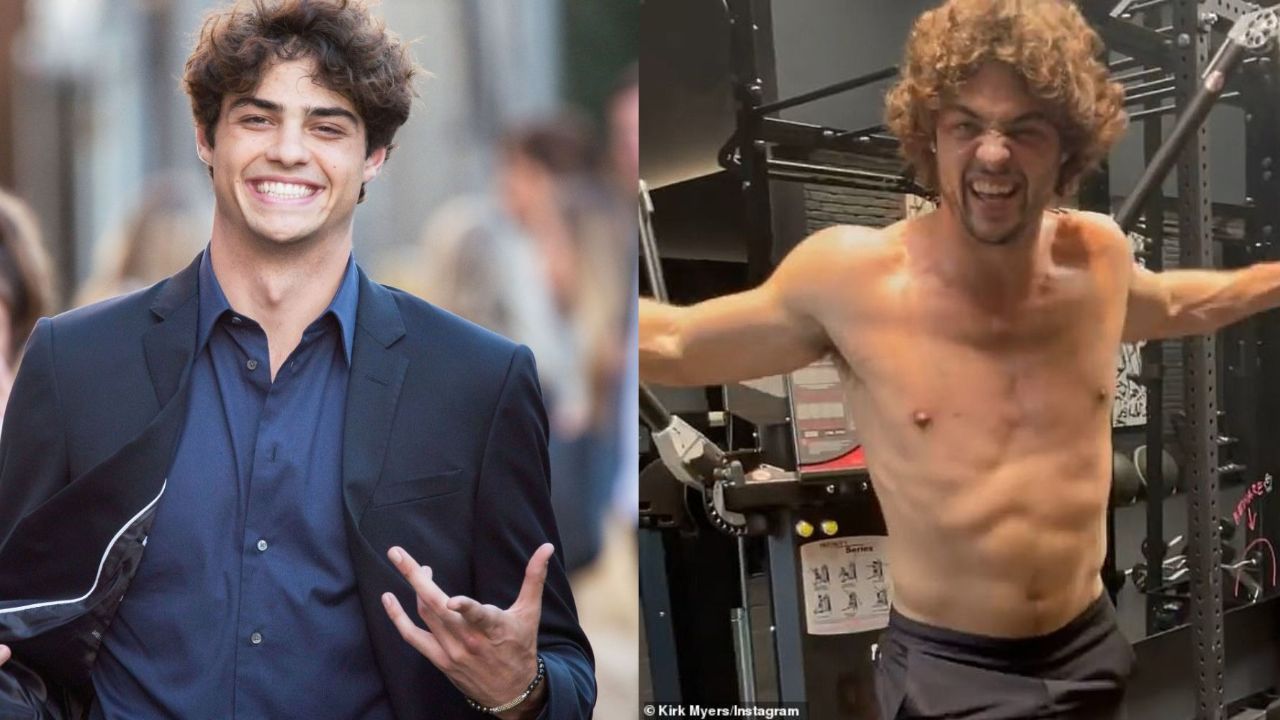 Noah Centineo underwent a weight gain of about 25 pounds to play the role of Atom Smasher in the superhero movie Black Adam. The Recruit cast went from 180 pounds to 205 pounds. Noah Centineo increased his daily calorie intake to 6000 and had workout sessions with Kirk Meyers for his weight gain.

Noah Centineo is an American actor who is mostly recognized for his portrayal of Peter Kavinsky in the Netflix romantic comedy films To All The Boys I’ve Loved Before. He had begun his career on television and first gained prominence when he played the main role in the television series The Fosters from 2015 to 2018. He achieved wider recognition after he was cast in To All the Boys I’ve Loved Before and its sequels. He also has done other Netflix romcoms such as Sierra Burgess Is a Loser and The Perfect Date.

In 2022, he moved away from romcoms and made his way into a superhero film when he played the role of Atom Smasher in Black Adam. It was not an easy transition for him especially as he had to put a lot of effort into getting jacked up and undergoing weight gain. He put on about 25 pounds for the role. Learn more about Noah Centineo’s weight gain and the workouts he did for that!

There are more interesting weight gain stories of Jaclyn Hill and Lauren Jauregui you might want to read.

Noah Centineo’s Weight Gain: The Actor Increased His Calorie Intake to 6000 and Had Intense Workouts For 2 Hours Every Day!

Noah Centineo (@ncentineo) has undergone weight gain several times to play and look the part of a superhero in superhero movies. He gained about 25 pounds in preparation for the role of Atom Smasher in Black Adam. He also got ripped up to portray the role of He-Man in Masters of the Universe though that project ended up falling through for him.

Everyone could see how Noah Centineo got real shredded for the Dwayne Johnson-starrer movie but how much weight gain did he actually undergo to look like that? Well, in a conversation he had after the epic Black Adam panel at Hall H at Comic-Con, he revealed that he put on 25 pounds for his transformation into Atom Smasher. He went from 180 to like 205.

Do you remember back in March 2021 when he showed off the impressive physical transformation he underwent to play the role? Noah Centineo worked really hard to look the part and it was not an easy thing to do so to match up to the imposing physical presence Atom Smasher had. He teamed up with LA-based personal trainer Kirk Myers, owner of US gym chain Dogpound. He had to increase his daily calorie intake to over 6000 for weight gain.

The To All The Boys I’ve Loved Before star had been preparing for the role from way before. In March 2020 already, he revealed that he had undergone a weight gain of ‘30 pounds of lean muscle tissue‘ though that was for another movie. He shared a video of himself leg-pressing  810lbs (367kg) in the gym and said that he was able to leg press as much as 1,008lbs (457kg) by the end of his initial training.

Speaking on the Australian radio show Smallzy’s Surgery in February 2021, Noah Centineo revealed a bit more about his weight gain process. He said that he had been visiting the gym for ‘two hours every day’ for high-intensity interval training sessions. And as for diet, it was mostly eggs.

At one point I was eating like 12 eggs in the morning and two bowls of oatmeal. We started putting spinach in the eggs… The spinach got caught on my throat, hit my uvula and I ran to the bathroom and threw up half of it.

The Recruit cast noted in a conversation with E! News that the weight gain process was mostly a lot of eating. 6,000 calories a day is not awesome as many would think. He said that a person was supposed to eat 2,000 calories a day. An increase of 4,000  calories could not have been fun but he did it anyway and he remarked that he was never complaining about that one.

Noah Centineo said that it was not as bad as the last time he gained weight. That was not the first time he had packed on pounds for the part and he had past experiences of bulking up. The previous time, he worked to undergo weight gain, he did 6500 calories a day, which is 500 more.

The Fosters actor had previously undergone weight gain after he was cast to play He-Man in the Masters of the Universe adaptation. Unfortunately, he walked out of the movie and it fell through but he already had gained weight. He put on 13 kgs to attain the physique of He-Man and his alter ego Prince Adam who is traditionally portrayed to be huge and muscle-bound with a bodybuilder-like physique.

Noah Centineo took his job very seriously and to look like Eternia‘s greatest champion, he worked hard to put on a ton of weight. It’s sad that he later exited the movie after all the efforts he had put into undergoing weight gain.

Before leaving, have a look at people’s POV about Noah Centineo’s sexuality.