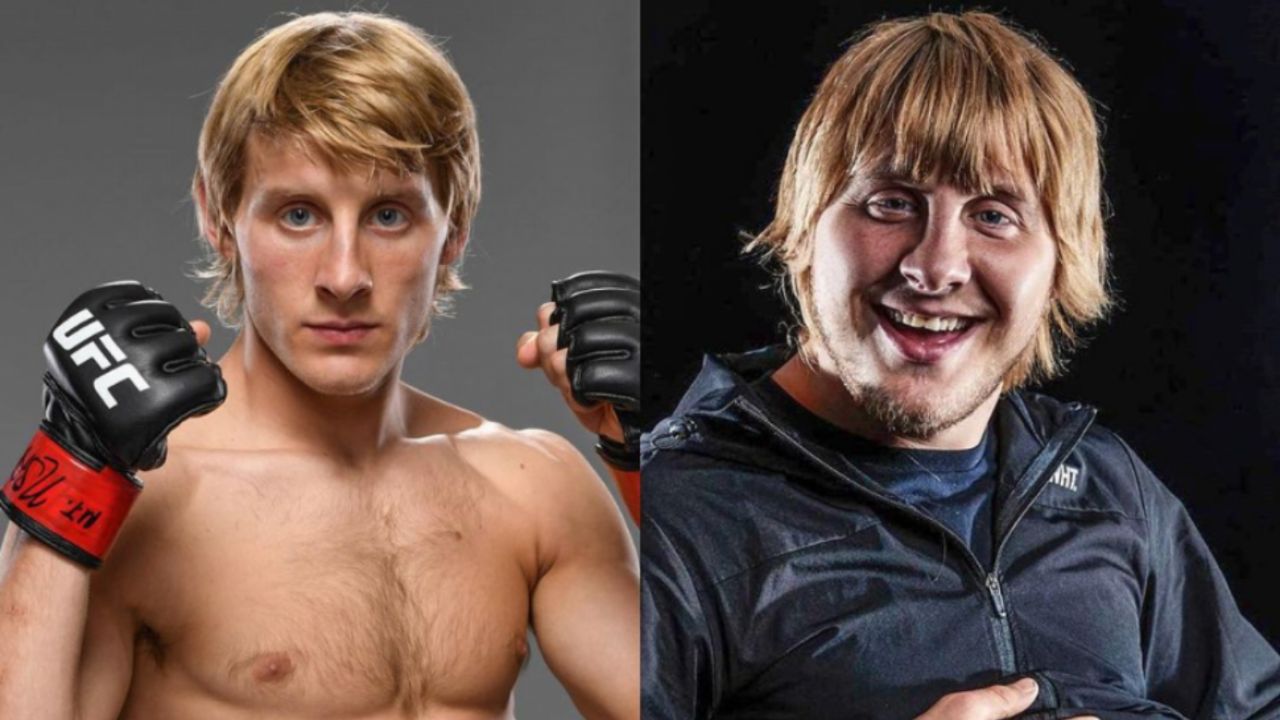 Paddy Pimblett always gains weight super fast when he is not training because as a food lover, he doesn’t hold back from eating. Paddy Pimblett’s weight gain might have everything to do with his love for fast foods and desserts.

Paddy Pimblett, better known as ‘Paddy the Baddy’, is one of the fastest-rising mixed martial artists from Huyton. He is a former Cage Warriors featherweight champion, who has defeated Johnny Frachey for the belt at the ECHO Arena and defended it against American Julian Erosa before a defeat to Nad Narimani in March 2017.

Paddy Pimblett made his UFC debut in September 2020 with an impressive victory over Luigi Vendramini. He fights out of Next Generation MMA in the city center and has established himself as one of the most exciting fighters in the UK.

Paddy ‘The Baddy’ Pimblett has been dubbed the ‘next Conor McGregor’ by some people.

Previously, we touched on the weight gain efforts of Ruby Barker and Reggie Hayes.

The discussion of weight gain issues of Paddy ‘The Baddy’ Pimblett (@theufcbaddy) has once taken over the internet after he was recently spotted feasting on a pizza during his post-fight press conference at UFC London.

Pimblett was just in the news for having overcome Rodrigo ‘Kazula’ Vargas over the course of a hard-fought fight to walk away with a Round 1 submission win at UFC Fight Night: Volkov vs. Aspinall.

This weight gain is something that always happens to him. After every fight, Paddy Pimblett unmistakably gains a significant amount of weight. With this thing in mind, he has been questioned whether or not he ever misses his six-pack when he is not dieting between his fights.

From his response to the queries, it can be gathered that he is properly sorted out and confident in himself, and not easy to be bullied or made to cower down.

He took no time in addressing his weight gain and clarified that he would rather be fat and happy than be all ripped all the time. He doesn’t think the secret to being happy lies in being one of those people who are ripped all year round.

So, keeping happiness a priority, Paddy Pimblett doesn’t give a care about what people have to say to him about the weight gain. He has always been an avid food lover and there is no way he is sacrificing his love for the sake of perfect physical fitness all the time.

This was not the first time he was in the headlines for his fighting. The rising sensation Paddy Pimblett was once before in the news for his weight gain just a month after his remarkable debut UFC victory.

Paddy had just had a sensational first-round TKO victory over Luigi Vendramini at UFC Fight Night 191 on September 5, 2021, which had stunned the entire fighting community. This had, nothing short of, made his mark in the community. This was the time when he appeared exceptionally slim at 155 pounds.

About a month later, he had noticeably gained weight which invited lots of trolling on the internet for his newly-added pounds. Straight from the victory high, Paddy Pimblett was not spared from being taunted for the weight gain. Few people only hesitated to take digs at him and insult him.

Fortunately for him, it doesn’t look like he doesn’t permit anything to bring him down. Not even thousands of people on the internet making fun of how he looks.

In fact, if the trolls were expecting Paddy Pimblett to show hurt and embarrassment, then he rightfully trolled them back when he mostly responded to the comments about his weight gain lightly in a humorous manner. He never took offense at any of the vapid jabs taken at him on social media.

In an episode of The Patrick McCorry Sports Show, Paddy had talked about how his weight fluctuates often. He told that he could get up to 89 kilos when he would be a proper fatty lad and that he was very fast at gaining weight.

Paddy Pimblett also revealed his love for food and told that he enjoyed fast food whenever he was not in training.

Talking about the food he loves, he said that he enjoyed nearly all types of cuisine, be it Chinese food, Italian food, or steaks or burgers. Paddy Pimblett also has expressed a specific fondness for desserts and has a miraculous gift of eating four desserts in a row and yet not feeling full.