PartyNextDoor’s Weight Gain: What Happened to the Singer? How Did He Gain Weight? Look at the Before and After Pictures! 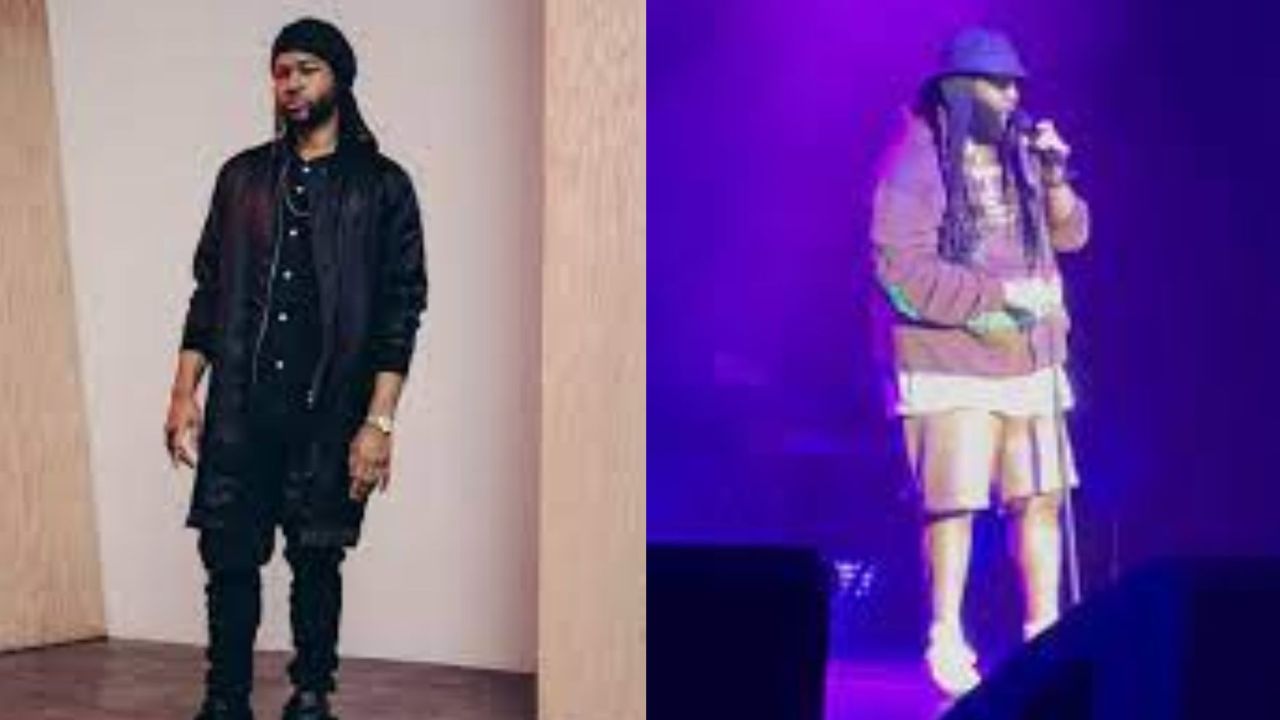 PartyNextDoor recently debuted his massive weight gain of approximately about 50 pounds in a public appearance he made to perform at VSU’s homecoming concert after two years of hiding. The singer had rapid fluctuations in his weight in 2018. PartyNextDoor had expressed then that he didn’t like people commenting about his weight loss. That could mean he does not like people discussing his weight gain either but that has not stopped them from talking about it.

PartyNextDoor, whose real name is Jahron Anthony Brathwaite, is a Canadian singer and record producer. He was interested in music ever since he was a child and participated in the church choir as a teen. He attempted to break into the music industry by trying to entice labels and producers via MySpace but when that didn’t work out for him, he started creating his own rhythms.

As Jahron Brathwaite, he gave a performance in Mississauga after which music management contacted him via Myspace, and his career in music began. He relocated to LA where he signed a publishing deal with Warner/Chappell as a songwriter under the name PartyNextDoor. But after realizing how intimate his music was, he ceased writing songs from other people and again relocated to Miami to network and advertise himself as a musician.

In 2013, Drake‘s OVO Sound record label expressed interest in his music and he became the first artist to be signed to the label. He then released his first EP self-titled PartyNextDoor later that year and followed up with PartyNextDoor Two and PNDColours in 2014 and PartyNextDoor 3 in 2016.

Previously, we touched on the weight gain stories of Rachel Bloom and Anna Nicole Smith.

PartyNextDoor’s Weight Gain: The Canadian Singer Has Approximately Gained 50 Pounds; He Had a Major Weight Loss in 2018!

PartyNextDoor (@partynextdoor) recently surprised his fans with a significant weight gain of about 50 pounds.

PartyNextDoor is back and oh, how he looks so different than how he looked like two years ago when he made his last public appearance! In 2020, he made controversial headlines after he appeared to take a ‘hit’ of cocaine during an IG live session after which he disappeared. Must have taken a break! Well, now he’s resurfaced and he’s resurfaced with an unmissable weight gain that his fans could not ignore.

The R&B superstar came out of hiding to perform at VSU’s homecoming concert. It was his first public appearance after two years and he looked very unrecognizable. At first, people could not believe that it was really him but that may partly have been due to his massive weight gain which gave him a completely new look. Clips of him from the event have been making rounds on the internet which has received much attention all because of his weight gain.

People could not ignore PartyNextDoor’s weight gain and could not help making comments about it. While some of the comments were demeaning and just trolling him for his size that said that ‘he had a glow down’ or ‘he just does not look good’, others were supportive of him and urged such commenters to focus on his music which still slaps. Also, they reminded them that he used to be a big person, so his ‘new look’ because of the weight gain so they should not have been surprised for too long.

Besides, PartyNextDoor, ever since he started his career, was often talked about because of the rapid fluctuations in his weight. A fan once said about him, ‘How the fuck does this dude gain and drop weight so fast. Dude went from 110 to 250 back to 150 pounds in like 3 months.’ This was back in 2018 when he had an impressive weight loss followed quickly by a massive weight gain.

Talking about the singer’s weight loss, because he never revealed what he did to shed his weight, people trolled him saying that it was because of cocaine. And about his following weight gain, fans assumed that it was because he was suffering from depression. They thought that he was depressed because his career was not going the way he wanted as he always ‘ranted about his career not being bigger.’

Others said that he was naturally a bigger guy which might have made it harder genetically (as a big person) to keep his weight off which led to him having weight gain very shortly after he had slimmed down.

Though there were fans who had been sympathetic and considerate about his feelings when talking about his weight (there still were people who trolled him for his weight gain and weight loss as well), PartyNextDoor simply did not appreciate it when there used to be a discussion about his size. And he made it abundantly clear when he said that men commenting on his weight loss were weird.

PartyNextDoor also hasn’t shown much comfort in the discourse on social media surrounding his weight gain and fans analyzing it but that has never stopped them from talking about it.