Paula Abdul’s Plastic Surgery: Did She Have Surgery on Her Face? The Singer Then and Now! 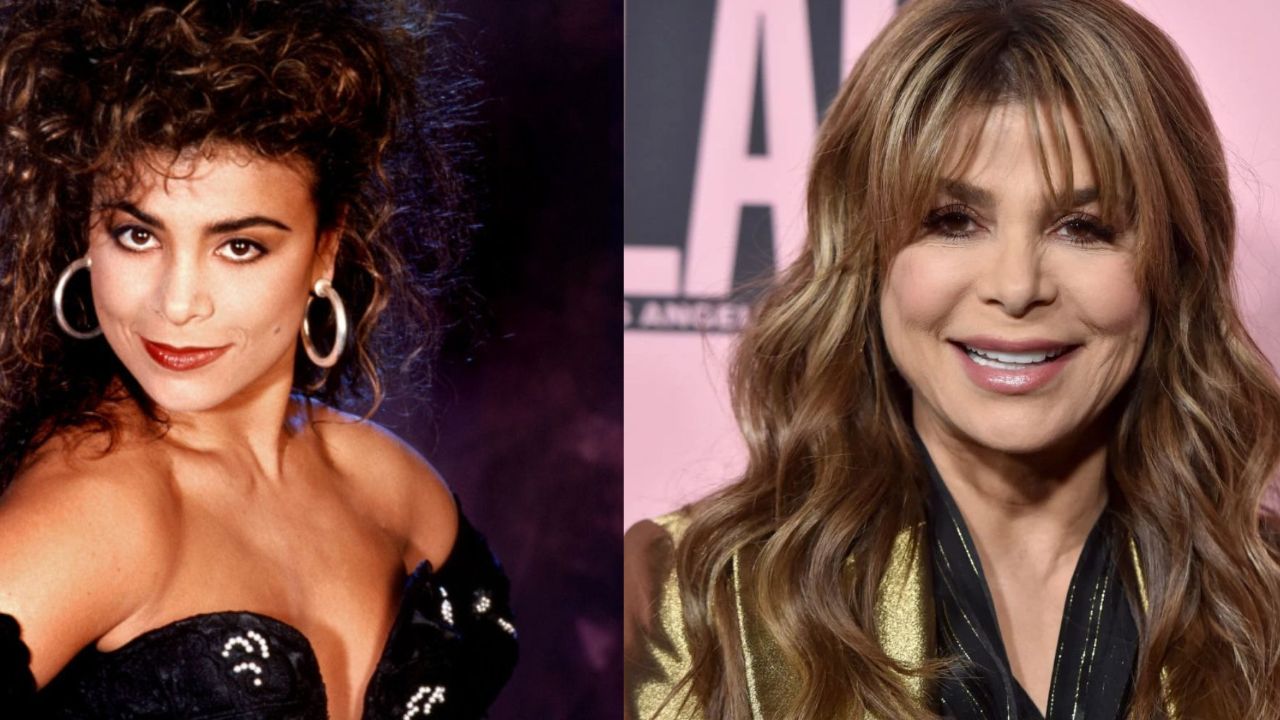 Paula Abdul has been very candid about having plastic surgery. The singer got minimally invasive procedures done to get a sleeker jawline and to tighten the skin on her arms. Paula Abdul also got plastic surgery to take her breast implants which were too big for her out and to insert newer and smaller ones.

Paula Abdul is an American singer, dancer, choreographer, actress, and television personality. Beginning her career at the age of 18 as a cheerleader for the Los Angeles Lakers, she later went on to become the head choreographer for the Laker Girls, where she was discovered by The Jacksons. Shortly after choreographing music videos for Janet Jackson, Abdul got signed to Virgin Records as that was the height of the music video era.

And that was how her singing career started. Her debut studio album Forever Your Girl became one of the most successful debut albums at that time, selling seven million copies in the United States and setting a record for the most number-one singles from a debut album on the Billboard Hot 100 chart. Her second album Spellbound got her two more Billboard Hot 100 chart-toppers: Rush Rush and The Promise of a New Day.

Besides that, Paula Abdul also was one of the original judges on the television series American Idol from 2002 to 2009, and she has also appeared as a judge on The X Factor, Live to Dance, So You Think You Can Dance, and The Masked Dancer. Abdul was honored with her own star on the Hollywood Walk of Fame and is also the first entertainer to be honored with the Nickelodeon Kids’ Choice Awards Hall of Fame Award.

The singer happens to be one of the rare ones because not only has she been very open about having plastic surgery, but she has taken up the job of endorsing them. She has got work done to get a sleeker jawline and tighten the skin on her arms. She also got breast implants and took them out for smaller ones. Here’s all the detailed information about Paula Abdul’s plastic surgery!

There are more interesting plastic surgery stories to read about Smokey Robinson and Julia Roberts.

Paula Abdul (@paulaabdul) has not just admitted to but openly endorsed her plastic surgery. She got work done to get a sleeker jawline and tighten the skin on her arms, and she also had breast implants and breast revision surgery later on.

In 2019, on The Wendy Williams Show, Paula Abdul talked about getting plastic surgery for a sleeker jawline and endorsed the company where she got the procedure done. It was right before her residency and she said that she wanted to do something, not anything big like a facelift, but some aesthetic treatments. As she was looking for that, she happened upon this company called InMode.

And that was it for Paula Abdul because she got what she wanted. Minor aesthetic treatment. The company, the singer explained, had minimally invasive procedures called FaceTite and BodyTite. She got FaceTite done (Wendy Williams asked what she got tightened and she replied that she went for a little sleeker jawline) and the plastic surgery procedure took only an hour, maybe less, she didn’t remember it clearly because she was a little loopy. And she was just walking around after just 2-3 days with no visible scars.

The Straight Up singer then went on to tell more about the plastic surgery procedure, which was a radio frequency laser technique. She said that people could get numbed or have an anti-anxiety medication like Ativan just like she did. Having already been a brand ambassador for the company by then, she said in a statement released by the company,

I can do bicep and tricep workouts as much as anyone else, but as you get older, there is only a certain amount of tone and shape that you can have. While maintaining a healthy lifestyle of fitness and skincare routines, I still wanted more definition and tighter, firmer skin at my jawline and arms.

Paula Abdul also got another plastic surgery with InMode to tighten the skin on her arms to treat herself for her 57th birthday. She said that she wanted to do something for herself because she had had multiple spinal cord injuries and paralysis due to which her muscles atrophied and it was always difficult for her because she had to rebuild muscle tissue. BodyTite, in that sense, worked wonders for her.

Two years later, Paula Abdul got another plastic surgery, this time not a minimally invasive procedure one. What she did was undergo breast revision surgery to remove implants that were a ‘little too big’ for her body, tighten the skin, lift the breasts, and potentially insert new, smaller implants.

The singer finally went ahead with this plastic surgery after years of dealing with back pain. In a video for InMode, she explained that she got implants put in more than twenty years ago because she was petite and had smaller breasts but it started getting on her back the more she went on with her dancing. She realized that her proportions were off as the implants started weighing down on her chest.

As the years went by, Paula Abdul said that gravity happened and because she had always felt like the implants were a little too big for her frame, she decided to get the old implants out. In the video she recorded before her plastic surgery with Dr. Jacob Unger, she said that she was nervous but excited about as Unger put it, reshaping her breasts and getting the best overall shape and contour to match her frame.

Though these are the only plastic surgery procedures the Opposites Attract singer has admitted to, some experts think she has had more than just these. Dr. Pam Agullo noted that it was evident that Abdul has had volume restoration with fillers around the cheeks, lips, and mouth which has maintained her youthful and refreshed complexion on point.