Peyton List’s Boyfriend Now in 2022: Who Has the Cobra Kai Star Previously Dated? 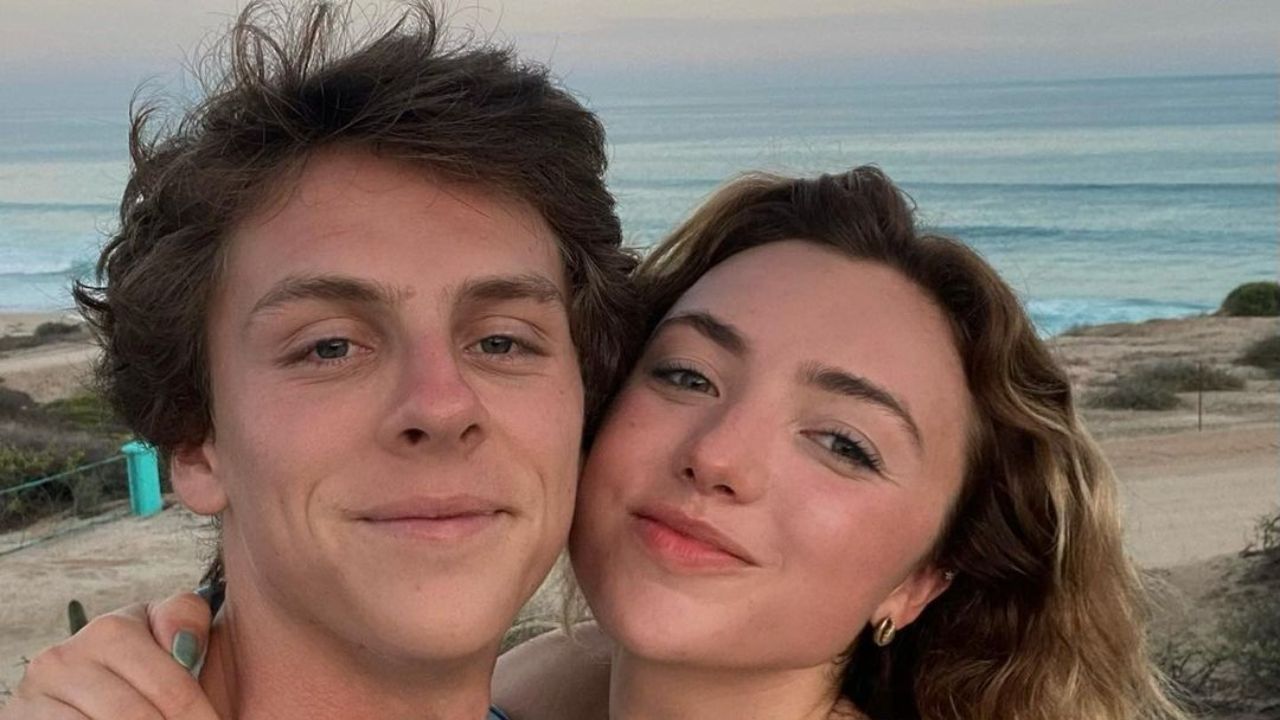 Peyton List and her new boyfriend Jacob Bertrand confirmed their relationship on March 22, 2022, a few days after their appearance at the Critics Choice Awards. Fans are now looking for the Cobra Kai star’s boyfriend details in 2022.

Peyton Roi List (b. April 6, 1998) is a model and actress from the United States. She began her career as a child model, modeling for tween magazines and companies before moving on to become a child actress. Her two brothers, Spencer, her twin, and Phoenix, her younger brother, are both actors.

In New York City, she went to The Carroll School for elementary school and the New Voices School for Academic and Creative Arts for middle school. In 2016, she graduated from Oak Park High School in Oak Park, California.

The model made her acting debut in the film 27 Dresses and quickly rose to prominence as Holly Hills in the Diary of a Wimpy Kid film series. She rose to international prominence as Emma on the Disney Channel’s Jessie, a role she reprised in the spinoff series Bunk’d.

She has since played Laina Michaels in the YouTube Premium films The Thinning and The Thinning: New World Order, Olivia Richmond in Hulu’s web series Light as a Feather, and Tory Nichols in Netflix’s Cobra Kai. Remember Me, The Sorcerer’s Apprentice, Bereavement, Something Borrowed, The Seventh Dwarf, The Outcasts, Valley Girl, and Paper Spiders are among List’s other film credits. List has also appeared in the television films The Swap and Secrets in the Walls.

While speaking at the show’s PaleyFest event in Los Angeles, Cobra Kai star Peyton List gushed about her romance with co-star Jacob Bertrand. The couple confirmed their relationship in March 2022, after sparking romance rumors with their sweet tributes on social media and various red carpet appearances together. As a result, fans are eager to learn more about Peyton List’s boyfriend in 2022.

Previously, we touched on the relationship status of Tessa Thompson.

Who Is Peyton List’s Boyfriend Jacob Bertrand? The Cobra Kai Costars First Went Public With Their Relationship in March 2022!

The couple walked the red carpet together at Vanity Fair’s A Night For Young Hollywood event on the same day they announced their romance. Moreover, the two posed for photos together at PaleyFest LA before taking part in a special Q&A with their Cobra Kai co-stars.

However, Peyton List and Jacob Bertrand’s relationship has been developing for years. They were Disney Channel co-stars before joining Netflix’s hit series Cobra Kai. They formed a close friendship after their film, but it wasn’t until years later that their relationship became romantic. They first met in 2015, when they collaborated on the Disney Channel original film The Swap.

List and Bertrand were close friends before they started dating, having met when he was 15 years old. At the time, they were both Disney stars, with List appearing on the hit Disney Channel show Jessie and Bertrand on the Disney XD show Kirby Buckets.

In April 2016, List and her boyfriend collaborated on the Disney Channel original film titled The Swap, based on Megan Shull’s YA novel of the same name. They walked the red carpet together for Knott’s Scary Farm’s black carpet event, where they posed with masked characters, ahead of the release of their film.

The costars exchanged hugs as they attended The Swap’s premiere in Los Angeles, California, ahead of the film’s official release on Disney Channel. Bertrand was among those who attended List and her twin brother Spencer’s birthday party in April 2018.

Meanwhile, Peyton List was announced as joining the cast of Cobra Kai in season 2 in October 2018, marking an onscreen reunion with Bertrand, who previously starred in the show’s first season. Bertrand attended the premiere of List’s film Anthem of a Teenage Prophet, which also starred List’s then-boyfriend Cameron Monaghan. List has previously dated Cameron Monaghan. Following a year of dating, List and Monaghan called it quits.

On the other hand, List and Bertrand were beaming as they posed with their Cobra Kai co-stars at the show’s Paley Center premiere in 2019. Bertrand announced plans to work on a short film with List in October 2020, sharing a photo of them on set.

Bertrand’s birthday was celebrated in March 2021 by List, who shared a photo of them on the set of Cobra Kai with their co-star Paul Walter Hauser. Bertrand celebrated List and her brother Spencer’s birthdays on Instagram a month later. The first photo showed List and Bertrand cuddling in matching denim, while the second was a silly photo of List’s brother holding a dessert and a birthday candle.

Other than this, List’s boyfriend, Bertrand supported List by attending a pop-up for her cosmetics line, Pley Beauty. Following the event, List shared photos of herself and Bertrand cuddling up on a bouncy house.

List shared a heartfelt tribute to Bertrand on his birthday, along with a few photos of the two over the years. The couple is now enjoying their love life without any signs of rumors and allegations.

Jacob Bertrand (b. March 6, 2000) is an American actor who began his career as a child actor, appearing in the 2009 film Duress and on TV shows such as The Cape and The Middle. He is best known for his roles in the 2014 Disney XD series Kirby Buckets and as Jack Malloy in the 2016 Disney Channel Original Movie The Swap. Furthermore, Bertrand has been a series regular as Eli Hawk Moskowitz in the YouTube Premium and Netflix series, Cobra Kai, since 2018.

Peyton List’s boyfriend, Bertrand (@thejacobbertrand) previously worked in Nickelodeon productions before joining Disney. He appeared as a regular on the sitcom Marvin Marvin, as the main character Gil in Season 2 of the animated series Bubble Guppies, as a minor character on the teen sitcom iCarly, and as Charlie in the fantasy comedy film Jinxed.