Ree Drummond’s Weight Loss: The Pioneer Woman Shares Lessons She Learned While Losing 55 Pounds; Look at the Before and After Pictures! 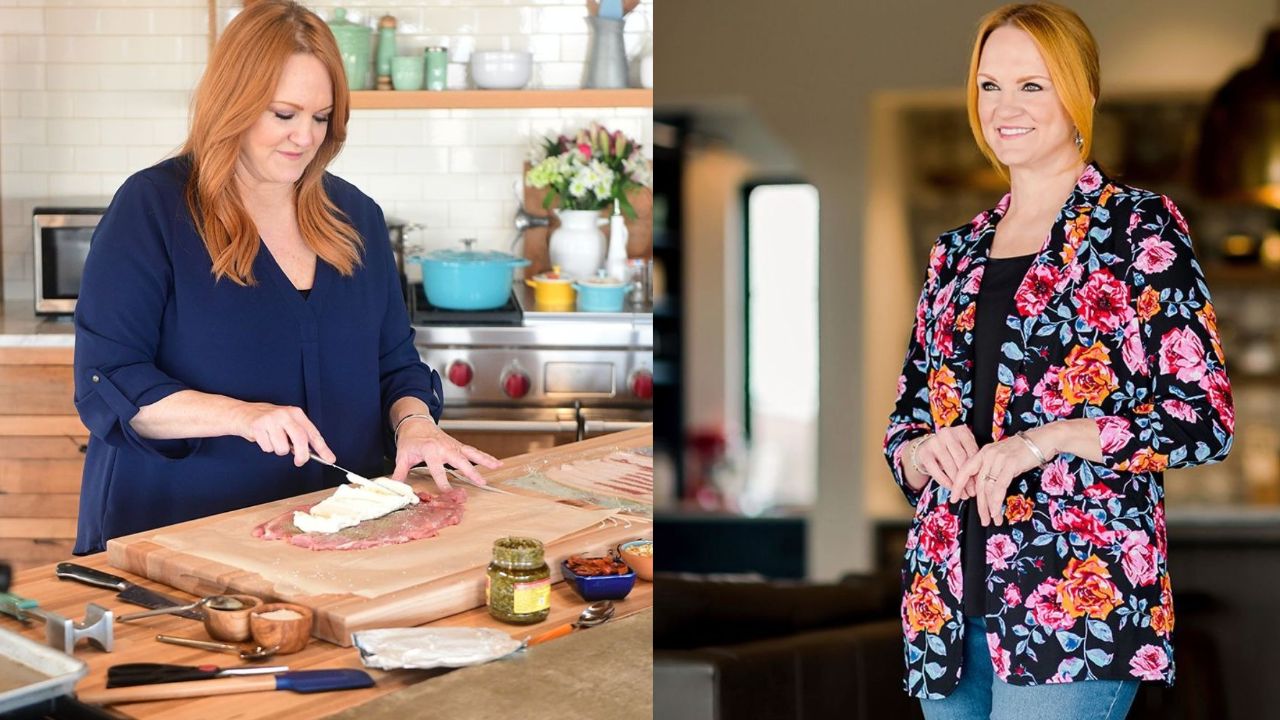 Ree Drummond shares her journey of weight loss of 55 pounds and the lessons she learned along the way. The Pioneer Woman believes steady is the key and has different approaches to weight loss. Ree Drummond feels much better and more confident now after she lost weight.

Ree Drummond is an American blogger, author food writer, photographer, and television personality who has managed to gain quite a lot of following with her blog The Pioneer Woman. The Pioneer Woman, which was named Weblog of the Year in 2009, 2010, and 2011, at the Annual Weblog Awards (The Bloggies), documents Drummond’s daily life as a ranch wife and mother.

Ree Drummond managed to replicate the success of her blog on television as well. I mean, she has her own television program, also entitled The Pioneer Woman, on the Food Network. Plus, she has appeared on Good Morning America, Today Show, The View, The Chew, and The Bonnie Hunt Show, and has been featured in Ladies’ Home Journal, Woman’s Day, People, and Southern Living. She also has written numerous cookbooks, a children’s book, and an autobiography.

Now, recipes are not the only thing she shares with her followers. She has also shared her weight loss journey on her blog. She’s opening up about the lessons she learned along the way as she was losing weight. Continue reading to learn more about Ree Drummond’s weight loss and the lessons from it!

Previously, we touched on the weight loss efforts of Emily Deschanel and Randy Jackson.

Ree Drummond (@thepioneerwoman) opened up about her weight loss of about 55 pounds in a lengthy blog post and shared a few lessons she learned as she dropped her weight.

After years of not making time for exercise and hiding behind work, scheduling issues, and other excuses she could come up with, Ree Drummond’s weight crept up through the years to the point that she could no longer avoid it. Plus, with her daughter’s wedding looming and her being at her highest weight made her decide that she needed to have a weight loss. She had no idea how, she just knew that she had to.

One year later, Ree Drummond was 55 pounds lighter. As she lost those pounds, she gained a few lessons along the way. But before that, she lost weight without a trainer, without doing Keto or Paleo, and without intermittent fasting but by eating a few calories in smaller portions and building muscle by lifting weights and doing lunges and squats. The weight loss had clearly taught her a lot about herself and she has opened up about it.

Ree Drummond doesn’t think that weight loss needs to be restricting or unaccommodating throughout the process. She did go hard with counting calories, lifting weights, etc., in the first few months but relaxed later on and got less intense which didn’t hamper her journey at all.  Instead, those few months made a nice crash course that helped her from then on and which allowed her freedom later in the process.

The weight loss process of which building muscles is a vital part, as Ree Drummond said. The blogger said that there’s nothing that turbo charges the entire process like building muscles and not just the smaller muscles in your arms but the larger muscles in your legs and butt. She also said that the months she spent doing squats, lunges, and deadlifts early in her weight loss process laid the foundation for more efficient calorie burning.

Besides that, portion control is also one of the things Ree Drummond thinks people should focus on when working for weight loss. She weighed her food and counted the calories and trained her body to get used to the smaller portions. She didn’t really have to diet or go cold turkey on any food items, she ate all the foods she loved but her body is now satisfied with much less of it.

Ree Drummond didn’t even have to eliminate alcohol entirely. She did avoid anything sugary and caloric. And Frozen drinks such as daiquiris and margaritas, and sweet cocktails were always off-limits. Now her weight loss-friendly favorite drinks are Ranch Water and White Wine Spritzer which she says are great because they keep you hydrated as you ingest the alcohol or wine and they keep you from drinking more alcohol.

That worked out in the best way for Ree Drummond because if you were hungover, you wouldn’t want to move and she found that she had to keep moving especially on the days when she couldn’t take time for exercise. Even when she had a good foundation of eating smaller portions and building muscles, if she couldn’t keep up with her workout schedule, it showed on the number on the scale. So, she put herself in a position to move more. She’s still using a standing desk and not letting herself collect too much dust during the day.

Because if she does, it shows itself on the scale and she knows that she is losing her weight loss because Ree Drummond weighs herself. She doesn’t think of weighing herself every single day as fixating on every pound. She does it so she can get ahead of any excess weight that can creep up when she stops doing that. Because when she doesn’t weigh herself every day, she writes off any number as just a few pounds, which puts a stop on her weight loss journey.

This way, Ree Drummond doesn’t have to refrain from eating any food she likes for the fear that her weight might increase. She eats pretty much all the foods she loves without a worry in moderation. She also pays attention to the daily proportions of both high protein foods and foods with wasted calories so that she can minimize foods with wasted calories as a percentage of her diet. She surely is not going to blow 300 of those calories on a doughnut. That’s not helping weight loss in the long run.

And weight loss in the long run – Ree Drummond thinks that it’s more effective when you steadily do everything than when you go all-in on just one thing. Because she had benefitted from all different approaches be it building muscle, eating more protein, moving/standing more, or exercising on the rowing machine.

Not just for weight loss but in her life as well because today, Ree Drummond feels much stronger, and more in balance (physically as well as mentally). She feels good about wearing clothes that she wasn’t comfortable wearing a year ago because she feels better about the way she looks.