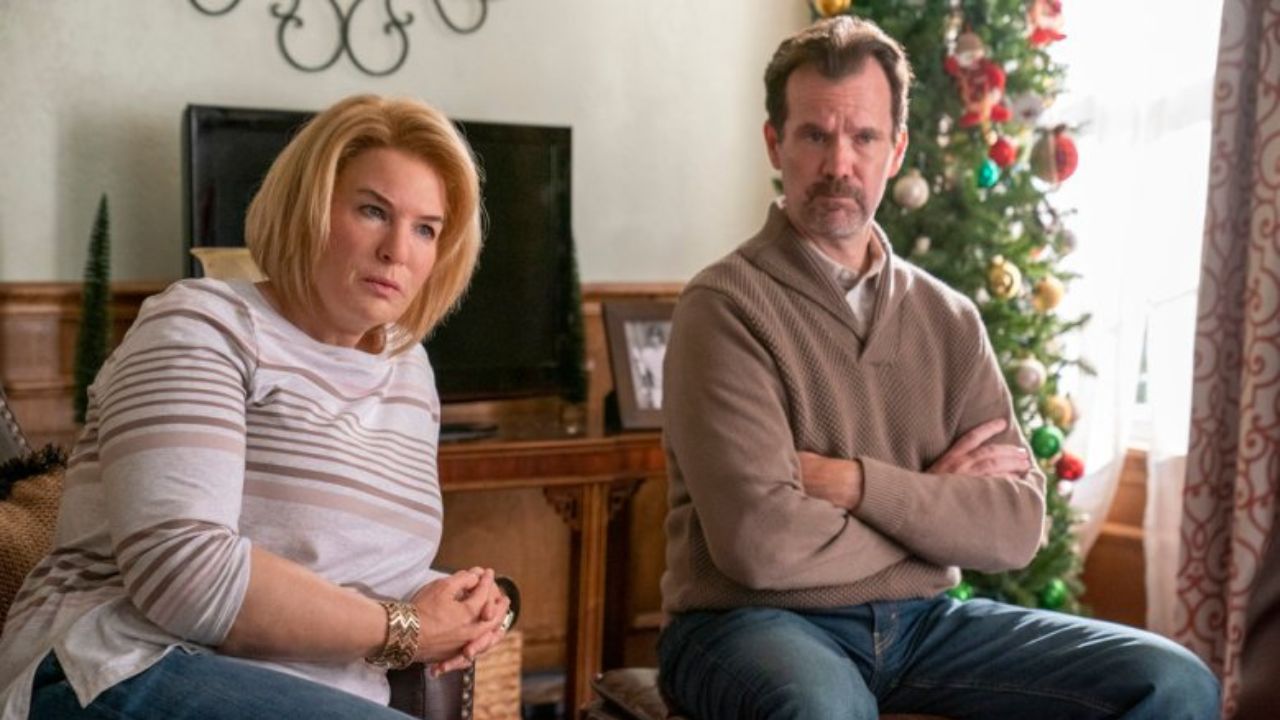 Renee Zellweger looks different with a noticeable weight gain in her role in The Thing About Pam, and it seems like she massively gained weight in 2022. Did Renee Zellweger gain weight or did she put on some fat suit to appear chubby? We have the answers.

The Thing About Pam is yet to be released on NBC and is set to premiere on 8th March 2022. Basically, it is an American crimes series and revolves around the long-time story back in 2011 on the involvement of Pam Hupp in the murder of Betsy Faria.

Although the American series hasn’t been released and still a month is left, the exhilaration among the spectators cannot be put into words.

Lucidly, The Thing About Pam will be teeming with thrill, and many mysteries will definitely cover the series with maximum twists in the plot. While there are many actors casting on the show, the American actress, Renee Zellweger has been surrounded with the maximum heed as she will portraying the lead role of the serial killer, Pam Hupp.

Not only is Renee gaining recognition for this role but she has also been criticized for appearing to look fat in the series. Did Renee Zellweger actually gain weight for this role?

Previously, we touched on the weight gain efforts of Kourtney Kardashian and Lauren London.

The new upcoming crime drama series, The Thing About Pam has officially publicized the release date and is set to premiere on 8th March 2022.

Filled with mysteries, and murders, this American series will be showcasing the long-time story of Besty Faria getting killed by a serial murderer, Pam Hupp. So, are you excited to watch The Thing About Pam?

Playing the lead role as Pam Hupp, the 52-year-old American actress, Renee Zellweger is ubiquitous, covering all the social media platforms from Twitter to Instagram.

More than receiving positive feedback from the public, Renee Zellweger is going through the lowest peak of her, as people are literally bashing and criticizing her presence in the show. Not that they hate the actress, but they aren’t standing to the physical changes that she got for the show.

Renee Zellweger had to look fat and chubby for playing the role of Pam Hupp, and she actually wanted to gain weight naturally, however, the production team handed her the fat suit. Using the padded suit, Renee looked completely different from what she normally appears, and it’s quite daunting to recognize her.

Conversely, more than appreciating her new look, a majority of people are throwing tantrums at her, and from her DMS to comments, everything is flooded with hate and criticism.

One of the individuals also wrote, “For Zellweger to masquerade as a plus-size person is damaging, fatphobic and potentially triggering to other plus-size people. It seems like she has not considered the effects this will have on fat people, and is unaware and/or naive that she is adding to the stigma fat people already face on a daily basis.”

Replying to every hate comment is impossible, however, Renee Zellweger was tired of hearing out the same words again and again, and every time, people pulled her fake weight gain appearance, and bashed the shit out of her.

Filled with rage, and defending herself, Renee told in an interview, “Oh, gosh, if you don’t recognize an actor or an actress in a performance, that’s a great compliment. You’re not trying to tell your own story.”

It is discernible that Renee Zellweger had no intention of hurting or fat-shaming anyone, and she was just doing what her professional field was asking her to do.

Earlier, in 1999, the American actress, Renee Zellweger was engaged to Jim Carrey. However, more than upgrading their love life, their relationship came to an end in 2000.

Exploring her love life, Renee ended up meeting the musician, Jack White but they seem to be totally different from each other, and their knot of connection couldn’t hold longer.

With having unstable relationships and love, Renee Zellweger was probably tired of hunting for her ideal couple, and her hunt came to an end when she met Doyle Bramhall.

They dated from 2012 to 2019, and this was probably the longest time, Renee had been with someone, so many people assumed that they would definitely end up together, however, the universe didn’t favor the situation, and they parted their ways. Presently, Renee is rumored to be dating Ant Anstead (@ant_anstead).