Resort to Love Filming Locations – All Mauritius Locations of the Netflix Rom-com! 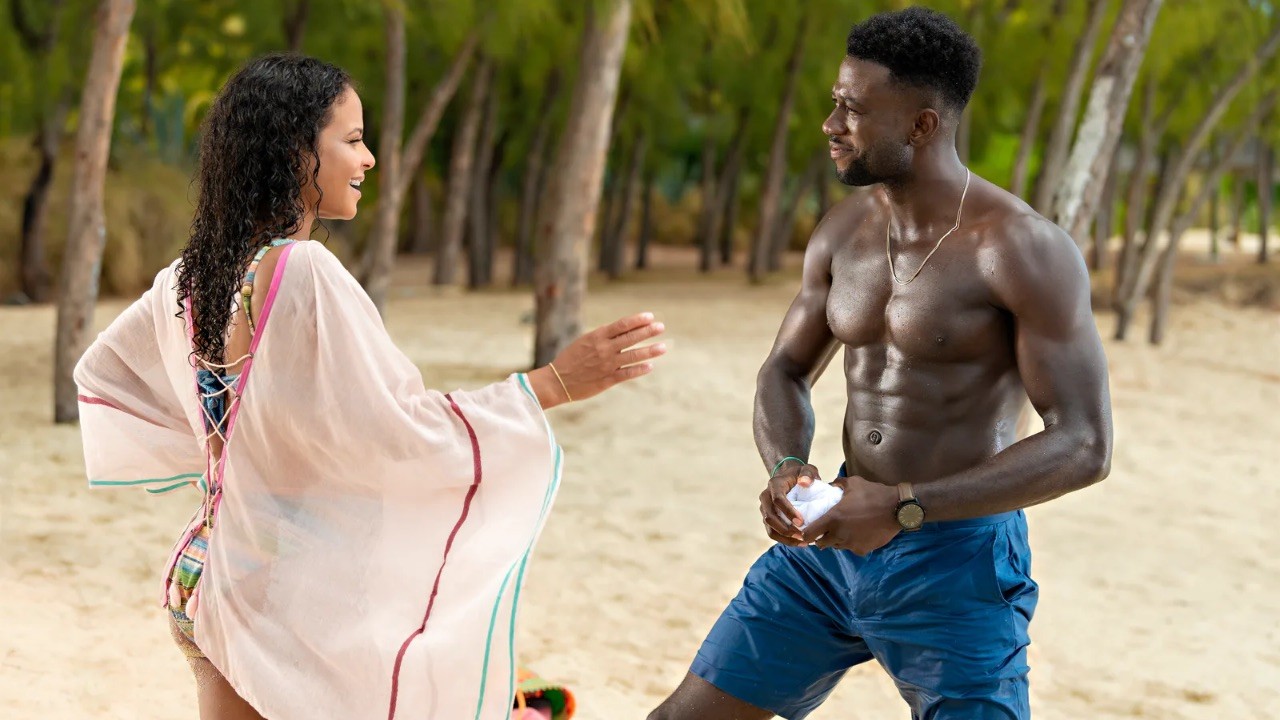 Summer is almost over and it was a particularly unique one at that as vacation spots were open and closed all over the world. But for account holders of Netflix, do not fret as the the streaming platform is bringing the holiday island feeling with Resort to Love filming locations. The 2021 rom-com was filmed entirely in the picturesque Mauritius and we have got all the filming details for you.

Resort to Love is the second rom-com movie directed by Steven K. Tsuchida for Netflix after Falling Inn Love. The film also stars his first movie’s muse Christina Milian with Alicia Keys producing and Jay Pharoah also starring in the romance flick. With the first trailer and release date revealed for the movie, we have our first look at the feel good movie.

While the story may seem familiar to some but rom-coms are not about story, they are about inclusivity, passion, heart and feeling. And it all seems to be present in the new Netflix movie. So, before the release of the movie, we want to take a look at all the Resort to Love filming locations. A lot of work went into the film with an estimated 3,500 people working directly or indirectly with the production, and we’ve got all the details. 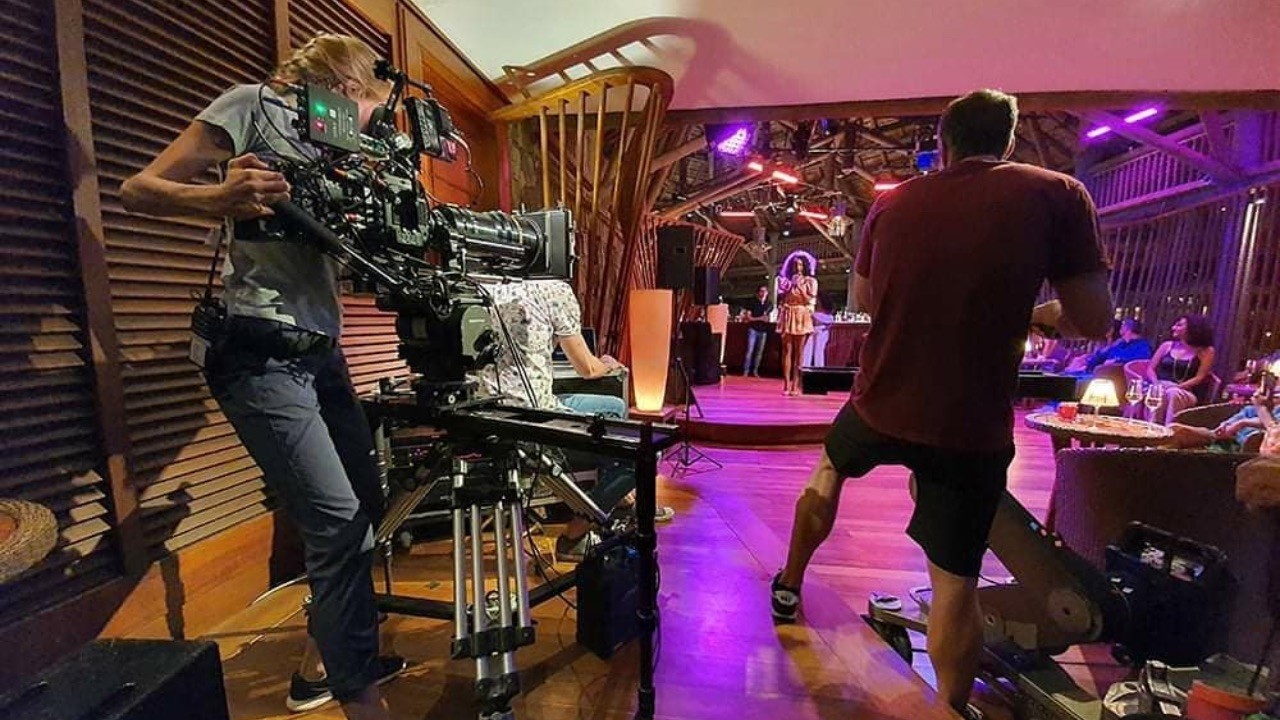 Resort to Love filming locations are Port-Louis, Belle Mare, and other places within the Republic of Mauritius.
Image Source: Identical Pictures Instagram

Resort to Love has been in a gestation period for a few years now. The writers Tabi McCartney and Dana Schmalenberg worked on the script about a couple of years ago. So, when people from Identical Pictures met with Netflix in Cannes 2019, they pitched Mauritius as a potential filming location for the movie. Resort to Love was untitled at that moment but the streaming giant decided to locate the movie in the vacation island.

Filming for the movie began in October 2020 as the cast and crew followed all the required COVID protocols.  Actress Christina Milian was a couple of months pregnant when she arrived on the set of Resort to Love and filmed the movie while taking all the precaution and being pregnant. She was in Mauritius with her partner Matt Pokora as well as their 8-month-old son.

The entirety of Resort to Love filming locations are situated within the Mauritius island. So, when you are watching the movie and opening few shots take place in New York, do not be confused, the production used some trickery. Resort to Love begins in snowy New York but the movie itself was never shot in the Big Apple, instead the capital of Mauritius was used as a double.

The production used fake snow collection and limited wide shots to utilize Port-Luis’ large building to give a feel of New York. The production company wrote on their Instagram page, “Several scenes of this romantic comedy took place in the snow in New York was filmed in the streets of Port-Louis.”

The filming for the movie began in October 2019 and most of the shooting was done in Belle Mare where a resort was taken over by the cast and crew to film the movie. Belle Mare is famous for its endless beaches and hospitality. So, most of the resort shots were taken in the tourist destination, causing a boost in the area’s revenue.

Additional shots were also taken in Le Morne Brabant famous for its green large hills and cliffs which lend to thrill seekers. Ideal for cliff diving, some beach and mountain scenes in the movie were shot in Le Morne. These few locations made up the Resort to Love filming locations. Shooting for the movie wrapped up on 3 December 2020, but most of the cast and crew stayed on the island for a little while.

Talking about the Resort to Love filming locations and Mauritius as a whole the director of the movie told Bustle, “When you look up in the dictionary, ‘island paradise,’ you might just see ‘Mauritius.’ Beyond the natural wonder, the most amazing part was that the entire production lived and worked on this breathtaking, ocean-front resort. Living and working all together on the resort offered a once in a lifetime opportunity to bond, create new friendships and experience life together

What is the Netflix Movie Resort to Love About?

Resort to Love follows Erica, who “after a meltdown in her music career, artist Erica is hired for a gig on a luxurious exotic island resort as the entertainment for a wedding. The only problem is, Erica’s ex-fiance is the lucky groom to be.” In the island Erica meets her ex’s brother who is trying to stop her from ruining the marriage while also slowly falling in love with the singer, making for one messy love triangle.

Trending
Sunny Hostin’s Plastic Surgery: How Did The View Co-Host Look Before Getting Breast Reduction? Check Out the Before and After Pictures of Her Cosmetic Surgery!
Trending
Maya Moore’s Weight Gain: Why Does the Former Basketball Player Look So Heavier Now?
Trending
Tara Reid’s Plastic Surgery: How Does She Look Today? Here Is How the Cosmetic Treatments Ruined Her Career!
Trending
Joanna Lumley’s Plastic Surgery: What’s the 76-Year-Old’s Secret to Look as Young as Someone in Their 50s?
Trending
Charlie Murphy’s Nose Job: Did the Happy Valley Actress Get Work Done on Her Nose?
House&Whips
About UsPrivacy PolicyTerms of UseDMCAContact
House&Whips is a leading media and entertainment source as a fast-growing information hub. For promotion or advertisement, please mail us at [email protected]