Rick Rubin’s Weight Loss: How Did The Record Producer Drop 130 Pounds in Just 15 Months? Check Out His Diet Plan and Workout Routine! 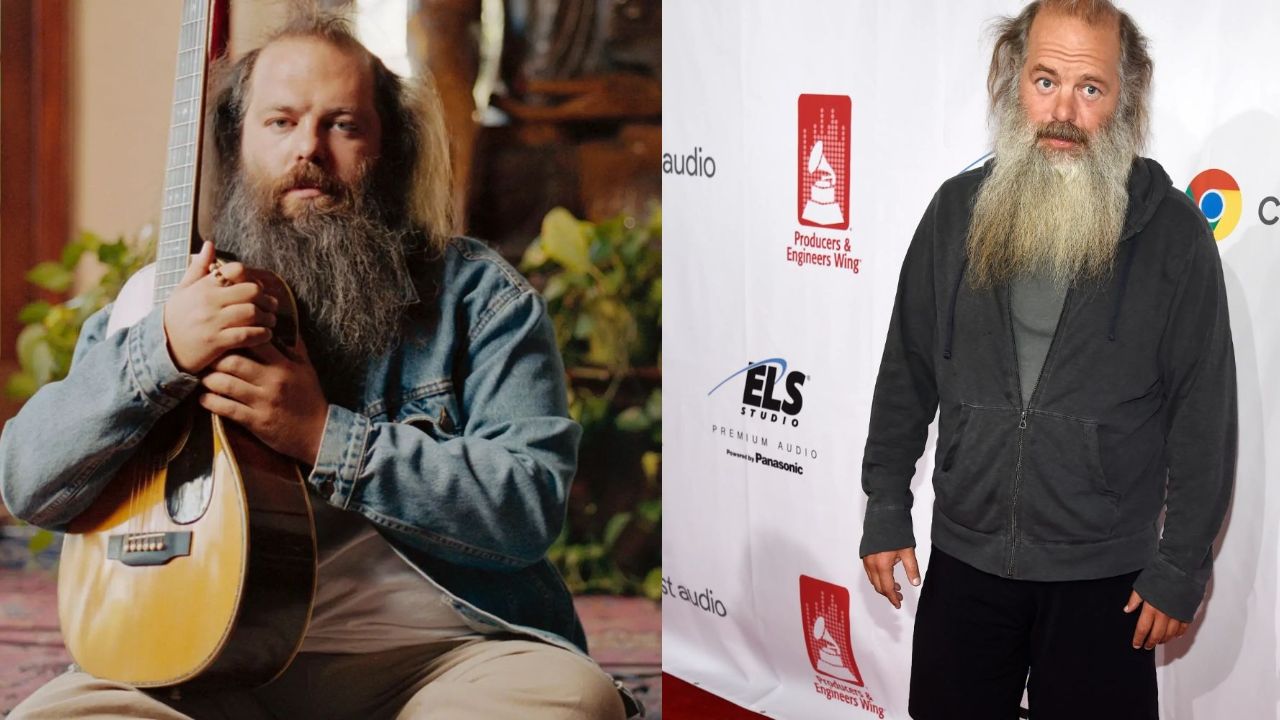 Rick Rubin underwent a significant weight loss of 130 pounds in 2010 after he began workouts and made changes in his vegan diet. The record producer ballooned up to 320 pounds before he decided that he had to embark on a weight loss journey. Rick Rubin added animal protein to his diet and started working out after which his health began to get on track.

Rick Rubin is an American record producer and former co-president of Columbia Records. In 1984, he started Def Jam Recordings with Russell Simmons and since then, he has gone from legend to lore. He is now one of the most influential producers in the history of rap music who has produced seminal hip-hop albums like LL Cool J’s Radio, Run-DMC’s Raising Hell, and Beastie Boys’ License to Ill.

He also oversaw stripped-down hard-rock reinventions such as Slayer’s Reign in Blood, the Cult’s Electric, and former Misfits frontman Glenn Danzig’s semi-solo debut, Danzig. He has popularised hip-hop and changed the face of music forever.

As he was changing the landscape of hip-hop, he gained way too much weight for someone who thought he had the best diet. In no time, he ballooned up to 320 pounds. He had to start his weight loss journey sooner or later. When he did, it took him 15 months to get back in shape and go from fat to fit. Let’s learn more about Rick Rubin’s weight loss and diet and workout plans!

Previously, we touched on the weight loss stories of Today Show’s Diabetes Drugs and Missy Elliott.

Rick Rubin’s Weight Loss: He Made Some Changes in His Vegan Diet After Which He Went from Fat to Fit!

Rick Rubin (@rickrubin) transformed spiritually, emotionally as well as physically in 2010. Physically, he underwent a significant weight loss of 130 pounds that year with a strict workout and proper diet.

When Rick Rubin started out, he was a fresh face and was a very thin and frail-looking man working tirelessly to make rap a viable genre. You would not recognize him a few years later because as time went on and he worked his way up, he grew a very long beard and mostly, gained weight which made him look drastically different. He was no longer the thin man who was just starting out but a fat successful and calm man.

Not only was Rick Rubin noted for his brilliant production on albums that span from Run-DMC to Johnny Cash, but he began to be as famous for his rotund belly. Before he had a weight loss that transformed him significantly, he struggled with his weight for years. His struggles with weight surprised him then because he was a vegan and he thought somewhere along the lines of ‘how could a vegan be fat?’

Granted he didn’t work out much but the recorded producer thought his diet, which he believed was healthy, should have kept his weight in check. What’s the use of a vegan diet if you have to have weight loss because your physique won’t maintain itself with the diet? Even before he started to get fat, he wasn’t eating anything except chicken and vegetables. Then, he got a vegan bible diet for a New America from a friend after which he gave up meat.

Over the next couple of decades, Rick Rubin didn’t eat meat, but that didn’t stop him from ballooning up to 320 pounds. He would later find out that his weight gain was partly due to genetics and partly due to lack of exercise. But most of it was due to a profound misinterpretation of the vegan approach. He recalled once that he used to eat tons of almond butter as he thought that was good. He was never going to have weight loss with that kind of high caloric content.

For years, Rick Rubin didn’t give much importance to his expanding waistline. He was a little surprised with the increase in his size but just didn’t care for it enough. Anthony Kiedis even suggested he see a doctor about his increasing weight and take the occasional walk. He paid no mind to it but when one of his heroes, legendary record executive Mo Ostin, told him he was going to die if he didn’t change his ways, it was as if he got a rude awakening. He immediately began researching diets for weight loss.

Rick Rubin sought out the medical advice of experts everywhere. He even contacted a highly respected Tibetan doctor who advised him to start with bone broth. But he who, in his words, was a ‘brainwashed vegan’ refused to drink it. But as his vegan diet had not stopped him from being that big, he gradually made changes to his diet, which is when he started to have weight loss and get back in shape.

The producer added animal protein like eggs and fish into his diet after which his health and weight began to get back on track. Once he changed his diet and got his sleep-wake cycles back to a healthy rhythm (he had a very irregular sleep schedule), the weight started to come off. He also began working out six days a week with big-wave legend Laird Hamilton.

And just like that, Rick Rubin dropped 130 pounds in just 15 months. He had an incredible weight loss journey where he defeated the misconception of veganism and got ahead of it. It was not because he lacked self-control or because of his drive-thru habit that he had gotten big. All that time, he thought that he had been eating diligently and that he had the healthiest diet he could have had before he learned better.