Riley Burruss’ Weight Loss: How Did Kandi Burruss’ Daughter Lose Weight in 2022? Did She Have Surgery? Check Out the Before and After Pictures! 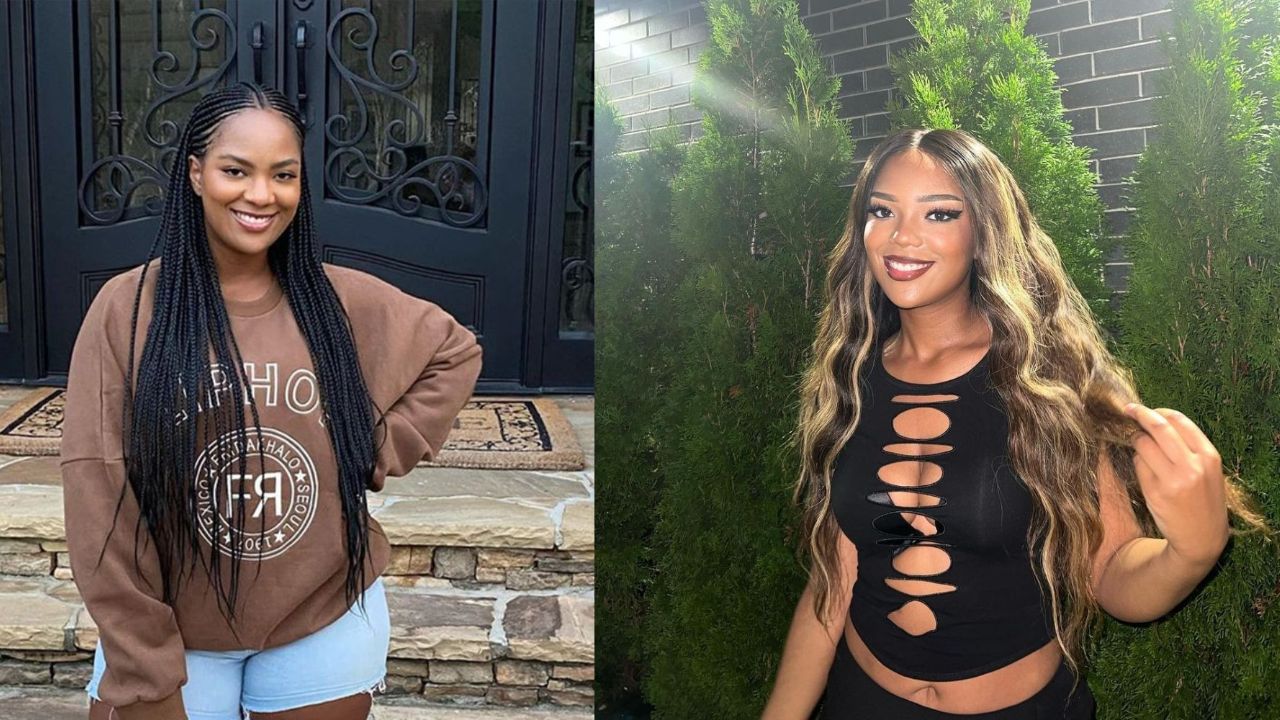 Riley Burruss, Kandi Burruss’ daughter has stunned the viewers of The Real Housewives of Atlanta with her significant weight loss which has left them wondering how did she lose so much weight in 2022 when pregnancy rumors about her surfaced just a few months ago. Riley Burruss had embarked on a weight loss journey way before in 2018 as well after which she lost 52 pounds.

Kandi Burruss is an American television personality who is best known for starring in the Bravo reality series The Real Housewives of Atlanta since its second season which premiered in 2009. She is also a singer, songwriter, and actress who first came into the music scene in 1992 as a member of the female vocal group Xscape. She has won a Grammy Award in 2000 for Best R&B Song for her writing contributions to the TLC hit song No Scrubs.

The reality star has established herself in the entertainment industry with her reality show but it’s not just her. Her daughter Riley Burruss too has made herself a household name with her appearance in the reality show since she turned 7. The Real Housewives of Atlanta viewers have literally watched her grow up which is why they were stunned recently to see her drastic transformation after weight loss.

Fans could not recognize her because of her extremely slim and trim figure and are asking ‘how did she lose so much weight in 2022′ when just a few months ago, there were pregnancy rumors about her because of her size. Here are all the details about Riley Burruss’ weight loss!

Previously, we touched on the weight loss efforts of Elon Musk and Kendrick Perkins.

Riley Burruss’ Weight Loss 2022: Kandi Burruss’ Daughter Looked Unrecognizable in a Video; The Real Housewives of Atlanta Are Asking How Did She Lose So Much Weight!

Riley Burruss (@rileyburruss), daughter of Kandi Burruss (@kandi) from The Real Housewives of Atlanta, has lost 52 pounds and more since she embarked on a weight loss journey back in 2018 till 2022.

Riley Burruss has always been a fan-favorite among Bravo viewers ever since she appeared on The Real Housewives of Atlanta when she was 7 years old. As the daughter of reality star Kandi Burruss, she was raised in the public eye and people have watched her grow up in the show. So, they were surprised to see her new appearance in a video she posted on Instagram in which she debuted her significant weight loss.

Riley Burruss posted a comical mommy-daughter video joking about being the ‘daughter who loves spending money.’ In the video, all fans could notice was that Riley had undergone a weight loss as she is seen shimmying her slim and trim waist to Soldier Boy’s smash hit Pretty Boy Swag with a description over the video that reads ‘daughter who loves spending money.’ The camera then pans to her mother Kandi Burruss who also whines up her hips to the hit as another description over the video appears on the screen that reads ‘mom who makes all the money.’

Many viewers of The Real Housewives of Atlanta could barely recognize that it was Riley Burruss and they could never tell it was her if it hadn’t been a mommy-daughter video with Kandi Burruss. “That part,” she had captioned the video. Which part did she mean? Did she mean the one with her when she was dancing that showed off her substantial weight loss which changed her appearance so much that she was unrecognizable to fans who have been watching her grow up since she was seven?

Just a few months ago, there were pregnancy rumors being spread about her because of her size which she even addressed with a video on TikTok she captioned, “You don’t suck in for one photo & all of a sudden you’re 3 months along…” But now the news of her weight loss was splashed everywhere.

The fans made a huge deal out of Riley Burruss’ weight loss and made an even bigger fuss about it on the internet. Social media was flooded with comments about her new appearance and lean physique. One person commented that they didn’t know the person in the video was Riley until they saw Kandi while another wrote, “D*mn she lost a lot of weight.”

Most of the comments were complimentary about Riley Burruss’ new appearance but there were others that were kind of invasive and too assuming. One such remark was made by a commenter who was above applauding Riley’s new physique but not above assuming she had a weight loss surgery in order to lose her weight. They just said that Riley must have gone under the knife to trim down based on nothing. They wrote,

She had to have something done because no weight loss journey posted.. they post er’thang else.. They would have showed her in the gym.

The user believed that Riley Burruss had surgery because she had never mentioned her weight loss journey before she debuted her new and leaner body. But that’s not completely true. Now Riley herself may not have talked about losing weight recently but Kandi Burruss has spoken about it and not recently but more than four years ago.

In April 2018, Kandi Burruss talked about Riley working hard to slim down and said that she was proud of her daughter for her weight loss of an astonishing 52 pounds. She posted two photos of Riley Burruss side-by-side, one when she was over 200 pounds and another when she was just 168 pounds, and captioned,

She did it the right way by working out 5 days a week & watching her calorie intake.

Kandi Burruss also revealed then that her daughter Riley Burruss was over 200 pounds which nobody knew because she is very tall (5 feet 9 inches) and she wouldn’t tell anybody how much she weighed but now (after a weight loss of 52 pounds) she proudly shared it because she wanted to motivate others who are going through the weight loss struggle.

Since then, Riley Burruss has been using her platform to help others in their journey to get fit. In 2019, she hosted a free exercise event called ‘Get Riled Up’ in honor of Childhood Obesity Month.