Rob Kardashian’s Weight Gain: How and Why Did The Keeping Up With The Kardashians Star Gain So Much Weight? 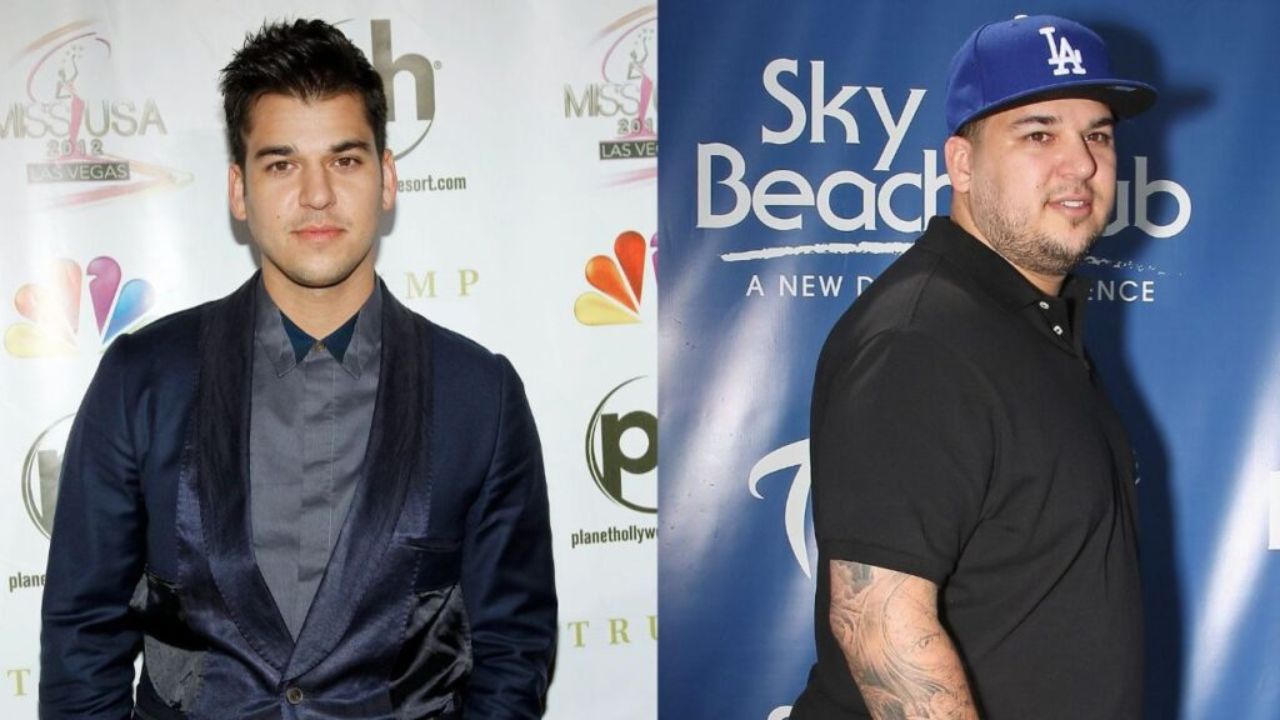 Rob Kardashian had a complete makeover after the weight gain he gradually underwent in the early 2010s. The Keeping Up with The Kardashians star was very much fit and slim as a young man which changed when he began to gain so much weight that it caused a lack of self-confidence in him. The weight gain of 100 pounds was surely negatively affecting him. But Rob Kardashian has already embarked on a weight loss journey and now, looking at his weight loss photos, he has already lost weight, which some people believe is due to the weight loss surgery.

Rob Kardashian is an American television personality who is a part of pop culture because he is related to the Kardashians. He first came into prominence when he appeared on the E! reality television show Keeping Up with the Kardashians which centers on his family in 2007. Even though his appearance on the show became scarcer as the season progressed, he has continued to occasionally be in the news in the capacity of celebrity culture.

Rob Kardashian also completely didn’t ditch the silver screen. In 2011, he competed in Season 13 of Dancing with the Stars and came in second despite being almost eliminated in the fourth week with two-time champion Cheryl Burke, who he was paired with.

Apart from that, the reality star has taken a leaf out of his sisters’ books and has taken on several business ventures and has worked with PerfectSkin, Rival Spot, and the BG5. He was also chosen to be one of the final judges of Miss USA 2012. The same year, he participated in Fox’s dating game show The Choice and also launched his sock line called Arthur George.

Rob Kardashian also got his own reality show Rob & Chyna in 2016 which followed his fast-paced and tumultuous relationship with model Blac Chyna as they prepared to welcome their first child. The series lasted as long as their relationship, which was not very long.

Since Keeping Up With The Kardashians first aired in 2007, Rob has gone through a lot in terms of his relationships, career, and his health which was often reflected in his weight through weight gain and weight loss. After disappearing from KUTWK for so long, in 2021, he made an appearance on the show where he looked visibly thinner than people were used to. This brought forth a conversation about weight loss, which in turn, turned to how it first started through weight gain. Let’s find out!

Previously, we touched on the weight gain stories of Kylie Jenner and Melanie Lynskey.

Rob Kardashian (@robkardashianofficial) has somehow managed to make it to the gossip and tabloid fodders mostly because of his weight gain of about more than 100 pounds (as per Kris Jenner) even though he has largely kept out of the spotlight, unlike his sisters. Despite the fact that he began staying out of the public eyes shortly after Keeping Up With The Kardashians aired in 2007, he was unable to hide the details of his weight gain in the following years.

In the late 2000s when Rob Kardashian came into the scene, he was a fresh-faced boy who appeared as though he was someone who prioritized fitness. But that phase of his weight didn’t last long and very soon after that, he began to gain weight gradually. People failed to notice that his trim physique had started to change in 2012, which was believed to be caused by the stress of the difficult breakup with Rita Ora.

If they missed that, then they surely saw for themselves the small but visible weight gain in 2013 when he appeared on Dancing With The Stars. By 2014, he had gained so much weight that it had already become a cause of lack of self-confidence in him. It got so bad that he bailed on his sister Kim Kardashian‘s wedding with Kanye West because he weighed about 300 pounds and was too uncomfortable to attend the highly publicized event.

2015 was not much different for Rob Kardashian health-wise. Although Kim revealed vaguely that he was working hard to get where he wants to be and not be uncomfortable in his own skin, Kris Jenner spilled the seriousness of his weight gain when she said in an episode of KUWTK that her only son had gained more than 100 pounds that year.

In August of the same year, being open about the weight gain issues Rob had been struggling with for a long time, he posted a throwback photo taken in 2011 at the Sugar Factory American Brasserie in Las Vegas when he sported a slimmer look with a caption ‘started right here with these milkshakes.’

In December, Rob Kardashian was hospitalized after she stopped taking his insulin for his diabetes, after which he decided to make a change. The first thing he set a goal for was getting rid of the extra weight which he gained. He started hitting the gym regularly and doing workouts and fueling his body with nutrient-rich foods to reverse his weight gain.