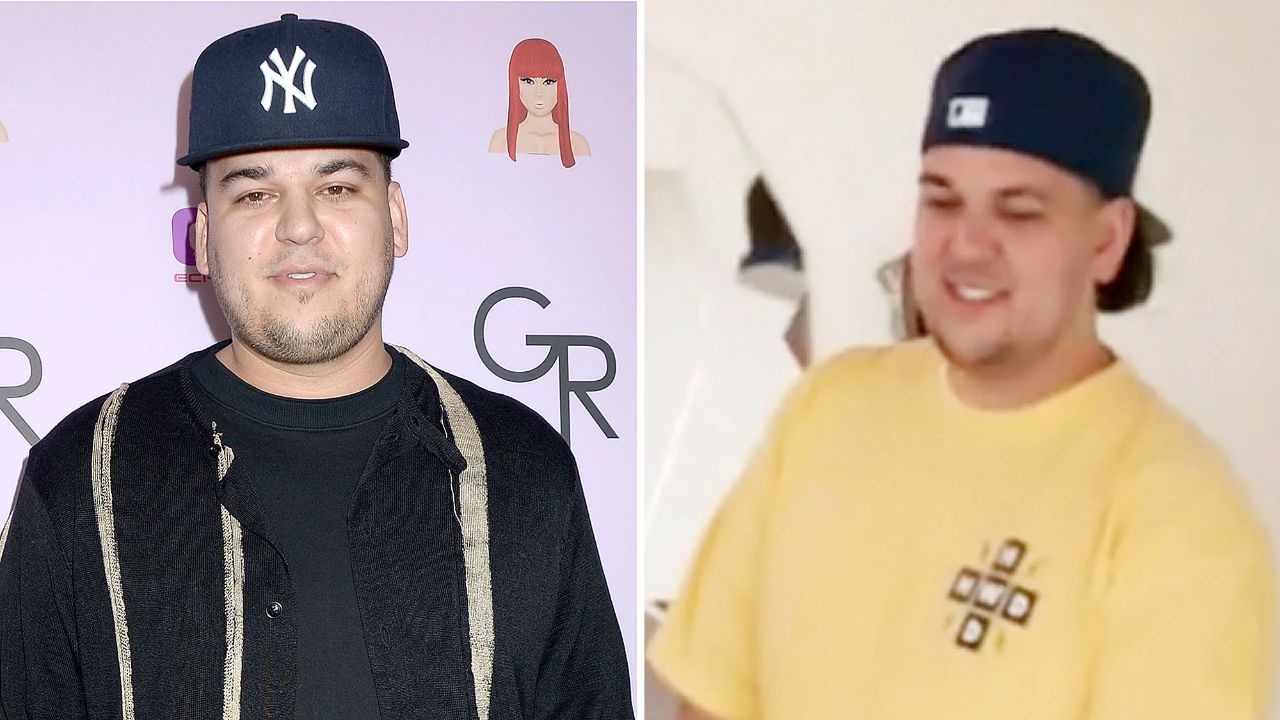 Rob Kardashian seems to have achieved the weight loss goals he set for himself in 2016 as can be seen in 2021 photos of him. The youngest Kardashian had been showing off his weight loss in pictures and had never shared how was he going on about getting rid of his weight. As reported by TMZ, Rob Kardashian’s former wife Blac Chyna accused him of losing weight with the help of weight loss surgery.

Rob Kardashian is an American television personality who is mostly known for appearing on Keeping Up with the Kardashians, a reality television series that centers on his family, as well as its spin-offs. He is the only Kardashian brother and the youngest one as well. He is also the least famous out of the lot.

Recently, he is in the headlines along with his sisters because of the ongoing drama in court with his ex-wife Blac Chyna. With many accusations hurled at the defamation lawsuit filed by Chyna hurled at each other, viewers couldn’t help but remember Rob’s weight loss surgery claims that Chyna made, on seeing a fitter Rob Kardashian. Fans seem to be more interested in the weight loss journey of the young one than in the other dramas.

Previously, we touched on the weight loss stories of Mindy Kaling and Sherry Yard.

When it comes to things like weight loss, people seem suddenly interested even if it’s Rob Kardashian (@robkardashianofficial), a Kardashian nobody cares about. As the Kardashians were slowly rising to fame with Keeping Up With The Kardashians in 2007, young Rob Kardashian slowly began retreating from public life because of his weight gain.

It all likely began in 2014 when the youngest Kardashian began to lose his self-confidence due to his noticeable weight gain. Even though Rob just made brief appearances on the show and was mostly out of the spotlight unlike his sisters, when the storyline of his weight gain began to make it to the series and then headlines, he felt very self-conscious about the way he had come to look.

He gradually withdrew from the public eyes and turned absolute reclusive. He missed family holidays, birthdays, and even sister Kim Kardashian‘s wedding in 2014.

Rob Kardashian recalled that he wasn’t comfortable at the suit fittings before the wedding. On seeing the cameras at the airport, he just knew how unhappy he was going to be with the person he would see in his pictures.

So, he made a hard decision to not attend the highly publicized event. He was upset that he was not there to support his sister but doesn’t regret the decision. He believed that he weighed about 300 pounds then.

2015 was not a good year for Rob Kardashian health-wise. Kris revealed in an episode of KUWTK that her only son had gained 100 pounds at one point. In August 2015, Rob posted a throwback photo of himself from 2011 at Sugar Factory in Las Vegas, which, he noted was the beginning of his issues that began ‘right here with these milkshakes.’

In December, Rob was hospitalized because he neglected to take insulin after he was diagnosed with Type 2 diabetes. That was the ultimate wake-up call for him after which he came to a realization that he must make changes in his life and that he should prioritize his health.

With his then-wife Blac Chyna’s cooking (fiancee at the time), his diabetes was gone. And only then he was able to focus on his weight and embarked on a weight loss journey.

2016 was the year that marked the beginning of weight loss for Rob Kardashian. He started hitting the gym and eating healthy. He also decided to ditch his reclusive ways and began to share more about his fitness journey and weight loss goals.

After having lost a little weight, in a now-deleted Instagram post from April 2016, he posed alongside with future wife Chyna and wrote that he had started with 298 pounds and now he had lost 50 pounds and was 248.4 pounds. He also said that he hoped to weigh 200-205 pounds eventually.

With his goal in mind, Rob Kardashian was determined more than ever to keep having a weight loss till he felt comfortable in his skin. Because he wasn’t constantly in the public eyes, it was hard to keep track of just how well and if he was succeeding at all in the journey of weight loss.

But flitting appearances then and now, it became clear that he was doing well for himself and he was indeed losing weight and slimming down.

When the public saw him dressed as Papa Troll for Halloween in a 2019 photo and when he showed up at Kylie‘s and Khloe‘s birthday parties in 2020, that Rob Kardashian was faring well in his weight loss journey was clearly visible to everyone as he had pretty much cut down a lot of weight.

A TMZ insider revealed that Rob was then much happier and healthier after he impressively managed all that weight loss which he had been very committed to.

Rob Kardashian slowly started to gain back all the confidence he lost and for a wonderful change, instead of feeling self-conscious, he felt good about himself. Just like how he gradually withdrew from the public eyes, he slowly eased back into it now that he was growing more comfortable in front of the cameras with his weight loss.

He even featured in KUWTK episodes in both 2020 and 2021 and has been often seen out and about with his famous family.

In 2021, when he made his first season 20 appearance in KUWTK in an April 1 episode, the viewers could check out his weight loss more clearly. He was wearing a yellow T-shirt from his Halfway Dead clothing line and some shorts that showed off his slimmed-down body.

After he started making more public appearances and showing off his fitter and slimmer body, he began to gain more attention than ever. Especially, since all he had shared about his fitness journey was his weight loss goals and an after picture of weight loss, fans raised questions like how did he manage to lose all that weight and slim down as such? What changes did he make in his diet? What kinds of workouts did he do? What was his exercise schedule? How did he do it with his routine work-life? What were they missing? And why was he not telling them? What made him have such a successful transformation and weight loss?

Rob Kardashian might not ever give you a tell-all, but his former wife Blac Chyna, during a heated custody battle for Dream, accused him of spending $100,000 for weight loss surgery.

She further added that Rob wanted his fans to believe he shed all that weight through diet and exercise so, was trying to keep his surgery under wraps. This came as a response when Rob accused Chyna of having plastic surgery to reach her ideal body after giving birth to Dream.