Rob McElhenney’s Weight Loss: How Did Mac From Always Sunny Lose Weight? Daily Workout Routine and Diet Plans Revealed! Fat Mac Before and After The Loss of 70 Pounds! 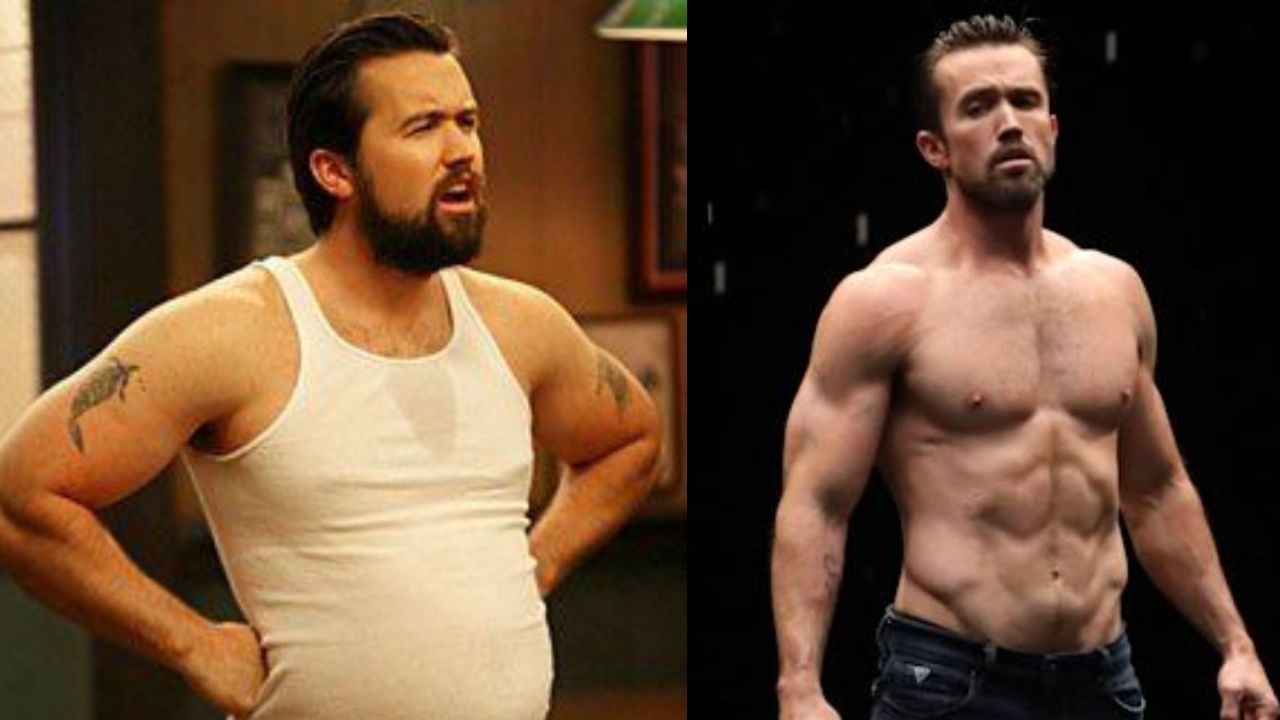 Rob McElhenney’s weight loss of 70 pounds is never not talked about when discussing It’s Always Sunny in Philadelphia. The actor had to follow a very difficult workout routine and diet plans to lose weight. Now that Rob McElhenney is no longer on that weight loss journey, he plays sports and does yoga and Pilates, and has cheat meals which is a fun and sustainable lifestyle for him.

Rob McElhenney is an American actor, businessman, and filmmaker who is best known for his role as Ronald ‘Mac’ McDonald on the FX/FXX comedy series It’s Always Sunny in Philadelphia. Not only has he created and co-developed the show but he also serves as an executive producer, co-writer, and occasional director in the series.

Besides his role as Mac, he is also recognized for his role as Ian Grimm on the Apple TV+ comedy series Mythic Quest. And he has co-created this show as well and he also serves as a co-writer and executive producer.

Previously, we touched on the weight loss efforts of Jennette McCurdy and Damaris Phillips.

Rob McElhenney (@robmcelhenney) had a weight loss of 70 pounds that he gained to play Fat Mac for It’s Always Sunny in Philadelphia with extreme workout routines and diet plans.

Rob McElhenney recently hosted an episode of Jimmy Kimmel Live and he nailed his hosting duties. But people were not commending him for that because he looked ripped and people couldn’t help but notice that. They couldn’t help but notice that he was looking jacked which was in complete contrast to the way he looked as Fat Mac in It’s Always Sunny in Philadelphia. The weight loss he had after that weight gain of 70 pounds was insane.

The transformation from a beer-bellied bartender Fat Mac to the ripped Rob McElhenney after his weight loss was huge. About getting all jacked up, he jokingly said that increased levels of testosterone were just a cross he had to bear.

The actor also broke down her workout routine he had to follow for weight loss, which he joked on Instagram was actually quite simple that anybody on the planet can do. Just that they had to quit their job, forget about eating any food they are going to enjoy, and forget about alcohol as well.

All they had to do was make sure their personal chef made them a lot of chicken breast and keep their calorie intake at a certain level. They had to work on muscle-building in the morning and cardio in the afternoon. Also what they had to do, besides that, was having a studio pay for the entire thing when that would become exceptionally expensive and only then they would get that absolutely unrealistic body type like him.

However, in all seriousness, Rob McElhenney, who normally weighed around 162, said that he got up to 212 and after the weight loss, got down to 182 and it was not easy even though it was simply metabolism on paper. If he wanted to gain weight, he needed to eat a lot more and if he wanted to lose weight, he had to eat a lot less and work out. But easier said than done.

Rob McElhenney only thought about having a weight loss after he got up to 212 pounds on the scale. And even though he started shedding the excess fat he had gained very quickly with some difficult changes in the diet and workout, he quickly went to loving it.

In the weight loss process, even when he was in pain for an hour or for ten seconds, he didn’t feel anything other than the moment itself, which became a drug he wanted to chase because it felt like truly living.

Now Rob McElhenney is no longer on that weight loss journey but is still leading a disciplined life with a healthy and sustainable lifestyle not obsessing over getting jacked up all the time because that would make him crazy. He eats clean, works out hard, and tries to stay as regimented as possible. But he is not too focused on his body shape because he doesn’t think that’s healthy and because he is not obsessed about it, he has a cheat meal every single day which is a very fun lifestyle.

Aside from the usual workouts, now that he is no longer on the weight loss journey, he’s leveling up his golf game which is a unique challenge for him due to his current physique. Because it is the complete opposite of lifting heavy and he has to become less muscular and more flexible, he is also doing a lot more yoga and a lot more Pilates.

And as for the meals, Rob McElhenney always has room for cheat meals and still makes room for indulgences in his diet. And that’s why he is not ripped as he was when he had that weight loss and does not have as many abs. But he tells that the abs are always there, maybe behind a bunch of tacos and tequila, but still there.