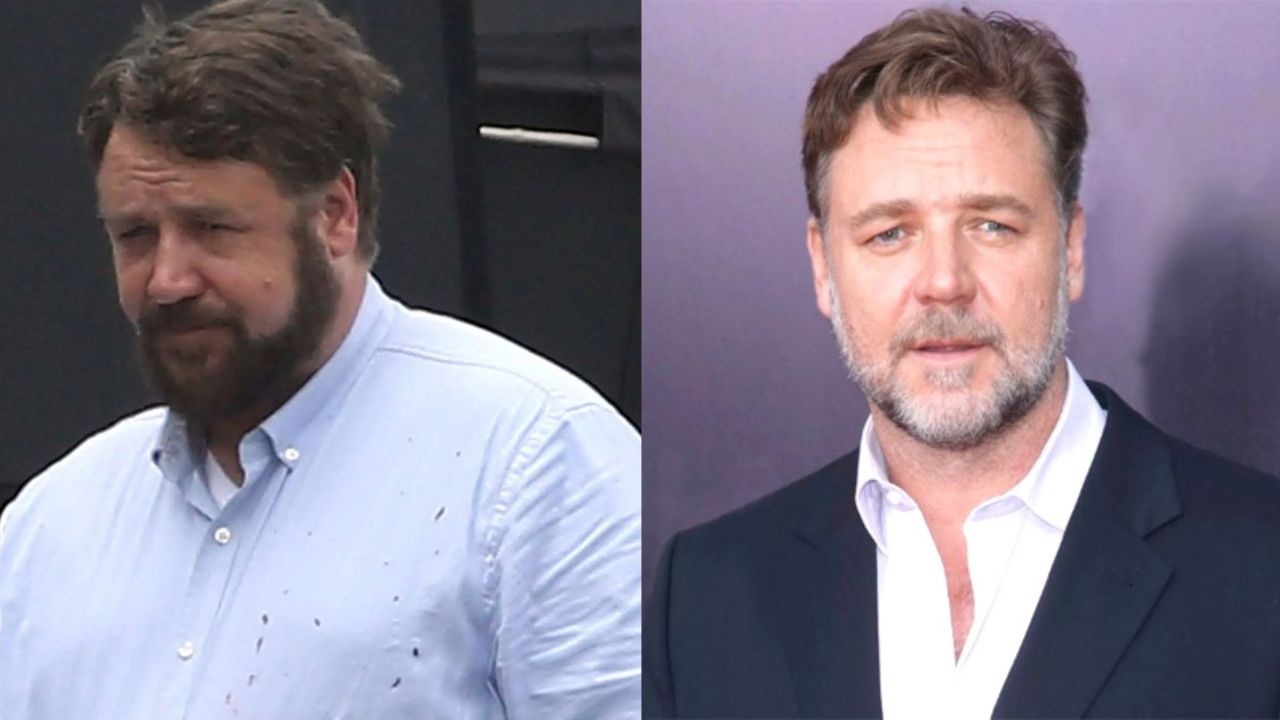 Russell Crowe is an actor who came to international attention for his role as Roman General Maximus Decimus Meridius in the epic historical film Gladiator. The movie earned him an Academy Award, Broadcast Film Critics Association Award, Empire Award, and London Film Critics Circle Award for Best Leading Actor, along with 10 other nominations in the same category.

The actor was born in New Zealand, spent 10 years of his childhood in Australia, and moved there permanently at age 21. Since beginning his career in acting, he has established himself as one of the most genius performers in Hollywood with the role he chooses and the dedication with which he fits into the character he plays.

Russell Crowe has given many award-winning performances in movies including the drama film The Insider and the biopic A Beautiful Mind. He has also starred in films such as the drama Romper Stomper, the mystery-detective thriller L.A. Confidential, the crime drama American Gangster, the thriller-drama State of Play, the musical drama Les Misérables, as Jor-El in the superhero epic Man of Steel, the biblical fantasy drama Noah, and the action-comedy The Nice Guys.

He has also made his directorial debut in 2014 with the drama The Water Diviner. His accolades include two Golden Globe Awards, a British Academy Film Award, and an Academy Award out of three consecutive nominations. He also has a star on the Hollywood Walk of Fame.

Russell Crowe recently appeared as Zeus in the MCU film Thor: Love and Thunder. Since his latest appearance, there has been a buzz on the internet about his weight gain. But has he gained any and what does he look like now? Let’s find out!

Previously, we touched on the weight gain efforts of Rihanna and Nicki Minaj.

Russell Crowe (@russellcrowe) has gained weight in preparation for several movies, for instance, he gained 63 pounds for the 2008 movie Body of Lies.

If anyone brings up Russell Crowe’s weight, then most of us- our minds automatically go to the time he lost 40 pounds for his role in Gladiator. But did you know that the actor has not just shed his weight to prepare for the role but also undergone a massive weight gain for such?

Russell Crowe’s weight gain for his 2020 movie Unhinged might not be that well-known among the general public because the movie (despite all his efforts) did not perform satisfactorily at the box office to make an impact on the audience.

Or maybe not many know about his weight gain because he did not have any weight gain for the movie even though his character in the movie was much bigger due to the lack of care for health. There is no denying that Russell Crowe is one of the most dedicated performers in Hollywood but this instance is not the one that helps in proving it because, for Unhinged, all he did was wear a padded costume to get into his character physically. This raises the question: why?

For Unhinged, he had initially planned on rejecting the movie but after discussing the script with a friend, he changed his mind as he began to understand the subject matter of the movie and as he felt the script was compelling. So, this was, in a way, his passion project in which he had to portray a man who has unraveled and became a psychopath. It was required of him to transform himself into someone who looked like he never gave a thought to staying healthy. So, why didn’t he have weight gain to play the character?

This goes back to the time when he first had weight gain in preparation for a different movie. In 2008, he was cast in Ridley Scott‘s Body of Lies. Now Scott envisioned the character Russell was supposed to portray- a CIA boss- as an ex-athlete who has let himself go. So, he asked Russell to put on a significant amount of weight.

Russell Crowe being the serious actor that he is ended up gaining 63 pounds for the role which he was just fine with at the beginning but later on, he started to have some issues regarding the whole thing. About the weight gain for the role, he said,

When I see my gut hanging between my legs, I don’t know what I was thinking. I’m not sure I’d do that again.

That, however, was not the last time he had weight gain in preparation for the character. In 2019, he put on weight to play Roger Ailes, the late chairman and CEO of Fox News, in the Showtime TV series The Loudest Voice, and he hardly looked like himself.

At the time, Russell Crowe tried to shut down all the discussions about his changing physique and weight gain. He told that while he was happy to lay out the work that went to his transformation, when he talked about the preparation, it became the whole article which he felt was boring. He also revealed via his source to Intouch Weekly that he was annoyed with the focus on his weight and was going to get back to fighting weight eventually.

And as for the question, what does Russell Crowe look like now? He doesn’t seem to have undergone any weight gain besides the weight gain he had already had. Last we heard, he was trying to lose weight.