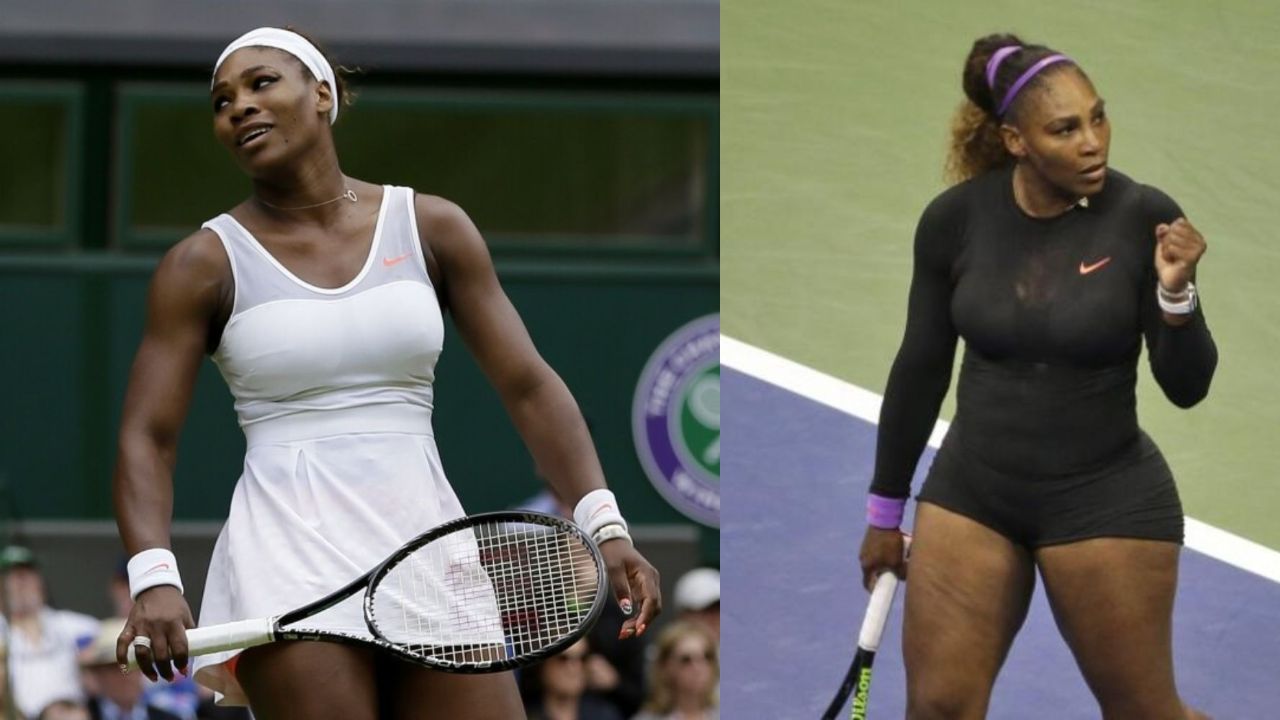 It was a moment of deep shock for the world when tennis legend Serena Williams, seven-time Wimbledon champion lost the very first round to France’s World No. 115 Harmony Tan at the tournament this year. Not her best comeback! After a year of retiring in her last first-round match at Wimbledon last year, on Tuesday, she made her long-awaited return to singles tennis only to face such a dramatic defeat at the site of seven of her Grand Slam singles titles, which led people to question if this was going to be the final Wimbledon match of her career.

Serena Williams, one of the best tennis players who has been ranked singles world No. 1 by the Women’s Tennis Association (WTA) for 319 weeks, including a joint-record 186 consecutive weeks, and finished as the year-end No. 1 five times, (the 23 Grand Slam singles titles she won was the most by any player in the Open Era, and the second-most of all time, only behind Margaret Court’s 24), couldn’t give a proper answer to that one. The younger sister of Venus Williams did say, “Who knows where I’ll pop up?” which was a bit hopeful, especially after what happened.

Anyway, she’s all over the news. And people are googling all sorts of stuff about her. Like her weight gain, which was a bit strange and sort of out of nowhere because Serena doesn’t seem to have gained weight (people seem to think her husband Alexis Ohanian has) in recent times. But, here’s everything we know about Serena Williams’ weight gain.

Previously, we touched on the weight gain stories of Ayesha Curry and Roman Reigns.

Serena Williams’ Weight Gain: Fans Believe She Is 30 Pounds Heavier Than She Was A Decade Ago!

Serena Williams‘ (@serenawilliams) weight gain is not recent but it probably started to get more discussed after 2017 when she gave birth to her first child. She had a very difficult delivery; life-threatening to be exact, and as if it was not enough, the whispers of post-pregnancy weight gain began to be heard soon after.

Everyone was looking closely to see just when Serena Williams was going to make a comeback after childbirth and how quickly she was going to bounce back from the pregnancy weight gain. They were astonished to see that she took a break just for eight months and returned to tennis very soon. By then, she had managed to shed most of the pregnancy weight.

About bouncing back from the weight gain, Serena Williams said in an interview with People,

My secret to losing the baby weight was just working out and eating healthy and having a real healthy lifestyle. And it’s hard — I still feel like I have some to lose. But hey, I’m taking it a day at a time.

Though the athlete did manage to recover from the childbirth and reverse that weight gain soon enough, the whole process could have been faster had she stopped nursing sooner to get back in shape. Despite being on a strict vegan diet and working out, she didn’t lose as much weight as she expected. As she said at a press conference, she was vegan, not French-fry eating vegan but literally ‘having her chef total vegan’ vegan and didn’t eat sugar and was totally eating completely healthy.

But because Serena Williams was breastfeeding her child, she couldn’t be at the weight she would have been otherwise. She revealed that breastfeeding didn’t work for her body to bounce back from the pregnancy weight gain. And soon after she stopped nursing, she dropped 10 pounds in a week and her weight just continued to drop.

After all the struggles she did to shed the post-baby weight gain, she seems to finally be at comfort with her body. In a 2019 interview with Allure,

I’m feeling pretty good about my body. I worked hard at it in the past eight months to get back from the baby. It hasn’t been easy. I’m not 21 anymore. But I did it slow and steady. After I came out [of the hospital], I had a stomach, but I thought, This is kind of cool. I have a stomach because the baby was there.

Fans hope that Serena Williams still feels the same way about her body and criticisms about her body because of the weight gain haven’t got to her. Ion Tiriac, former professional tennis player and now a billionaire director of the Madrid Open, very infamously told in an interview on Romanian television that Serena should stop competing professionally because ‘at this age and the weight she is now, she does not move as easily as he did 15 years ago.’  He, who had made similar comments before as well, also said that she would retire if she had a little decency.

The tennis legend’s husband Alexis Ohanian rightfully slammed Ion for his nasty comments and mocked him for his lack of Grand Slams win. He came down hard on Ion for remarks insinuating that Serena shouldn’t play because of the weight gain, but that hasn’t altogether stopped people from making comments about Serena’s weight.

That was not the only time Serena Williams’ weight gain was a topic of discussion. As it turns out, Serena has always been the kind of woman whose weight fluctuates quite a lot. And this has been talked about a lot in several tennis forums. Especially, Serena gaining a little weight in 2014 has not gone overlooked.

Also, most people seem to agree that Serena Williams has been going through a steady weight gain in the last few years. While there are many people who believe that she is just very muscular and big-boned which makes her look bulkier than other female athletes, others believe that she has just gained weight with age and that she is at least 30 pounds heavier than her best playing weight.

Fans do appreciate how Serena Williams is an incredible athlete and tennis player who is still playing when most of her contemporaries have been retired for almost a decade. But they have observed her weight gain and how she doesn’t seem to be at her fittest form for the past few years. They think that she is fatter than she should be for a sportsperson still at the top of her game.