Bad Vegan: What Happened to Shane Fox? Where is He Now? 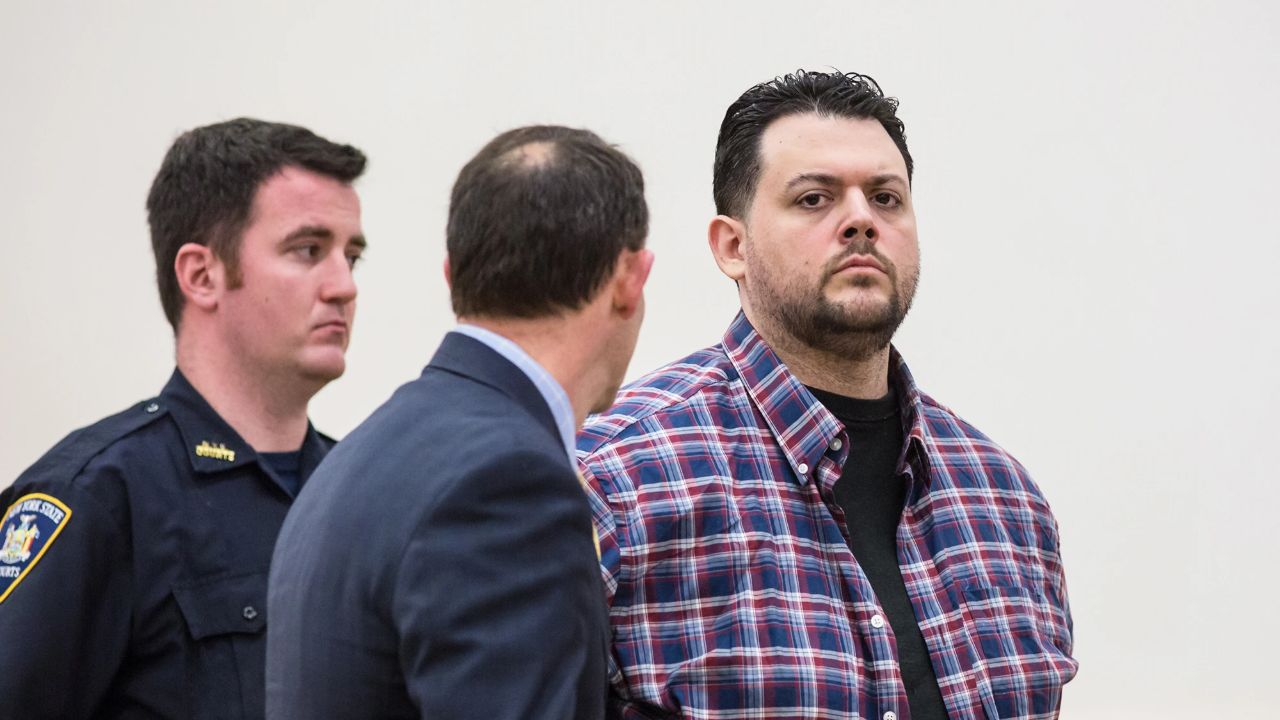 Shane Fox, the real conman whose crime story Bad Vegan tells, is actually a fraud Anthony Strangis. He exercised coercive control over Sarma for many years and manipulated her into duping money from the investors of her restaurant and stiffing employees. After they were charged with fraud, they fleed but eventually got caught. Shane Fox has finished his jail time and is on probation that’s ending soon.

The new Netflix crime docuseries Bad Vegan: Fame, Fraud, Fugitive leaves you with a strange taste in your mouth. Seeing the antiques Shane Fox, the perpetrator, puts in use, you can’t fathom how it is not fiction.

Shane, who says things like ‘I am immortal and I can make your dog immortal too’ seems not very intelligent for a conman, and just got lucky with the victims who fell for that.

Between him testing Sarma’s love for him by wearing meat skin (Yeah, right! Being overweight is so much a matter of disgrace unlike, say, being a fraud) and making her deal with that and him having the power to grant her dog immortality, people got much curious about the meat skin-wearing, and immortality-gifting Shane Fox.

Previously, we touched on similar shows and Alec Baldwin.

Who is Shane Fox from Bad Vegan?

Shane Fox, the real-life conman whose crime story the docuseries Bad Vegan: Fame, Fraud, Fugitive documents, is a serial fraudster who seems to just skate through life by leeching off his victims. Shane Fox is not even Shane Fox. The name Shane Fox is just one of the many aliases the conman Anthony Strangis uses.

Anthony Strangis was born on September 10, 1972, in Brockton, Massachusetts. He comes from a broken home. He did not have a normal and smooth upbringing. His parents split up when he was very young. His mother was unable to gain full custody of him so he split his time with both his parents.

Eventually, he grew closer to his father as he got older and moved permanently with him, which is just about the worst thing that ever happened to him because his father was not a very good man himself.

Anthony’s father once held his family hostage when Anthony’s mother threatened to leave him, and escaped the consequences with merely a clarification because he was a cop and the squad protected their own.

Anthony, prior to meeting Sarma Melngailis, had executed a fraud of similar nature with a different woman back in 2004. The victim was a woman named Stacy who he met in Tampa, Florida. Just like he did with Sarma, he told Stacy that he was a former Navy SEAL. In this case, however, he was staying in the country for his rehabilitation as he had been shot in the line of duty.

He told Stacy that they were reincarnated lovers who kept finding each other through time and Stacy, as much as it seems difficult to believe, fell for that.

Either he is extraordinarily charming or he has a knack for choosing extremely gullible and naive people as his target, or maybe both. But the loss had never been his, until only recently. For three months they dated and they got married. They even had a child together.

After trapping her with marriage and a baby, then came the excuses and lies and manipulation, which was his modus operandi. Apparently, there were demons after him and the only way to get rid of the demons was to start funneling money to a mysterious group.

To Stacy’s horror, he even in passing made a comment that a baby could be killed with salt as it wouldn’t show up in an autopsy.

Sarma Melngailis (@sarmamelngailis) just had it all; career, fame, wealth, everything one could ask for, except she was single. But the position of the lover in her life seemed to have been filled when he met a guy Shane Fox on Twitter in 2011. Her life turned upside down with his arrival. After just a year of meeting, they tied the knot in December 2012.

From then on, everything she worked so hard for, was essentially doomed. With the coercive control Shane began exercising on Sarma, she went putty in his hands and did everything she was told to do.

At one point, Shane Fox had Sarma convinced that he was immortal and he could make her and her dog immortal, if only she would funnel her restaurant’s fund to him.

Psychological abuse started getting more intense with time. Shane devised tests for Sarma to prove her love and loyalty for him. He is reported to have resorted to cult-like techniques such as gaslighting, sleep deprivation, and sexual humiliation to control her.

Shane Fox managed to extract $1.6 million from her when she transferred that amount from her business account to her personal account from January 2014 to January 2015. She also stiffed employees after which they staged a walk-out. So, they got charged with fraud and violating labor laws by Brooklyn District Attorney’s office.

In May 2015, she fled with Shane after which the restaurant got closed permanently. Just a year later, the pair were caught in a hotel room in Sevierville, Tennessee when they ordered a pizza with their real name.

After being caught, in 2017, Sarma pleaded guilty to stealing from investors as well as criminal tax fraud charges. She was sentenced to four months in New York’s Rikers prison. She was required to pay $1.5 million in restitution.

Whereas the master manipulator and the cunning conman Shane Fox pleaded guilty to four counts of grand larceny in the fourth degree and was sentenced to one year in jail and five on probation. He was ordered to repay $840,000 to the investors of the restaurant as well.

He finished serving his prison time for a year at Rikers and his five-year probation is ending this May after which he will be allowed to leave his home town Massachusetts.