Shania Twain’s Weight Gain: Is Lyme Disease The Reason; What Does The Singer Look Like Now? 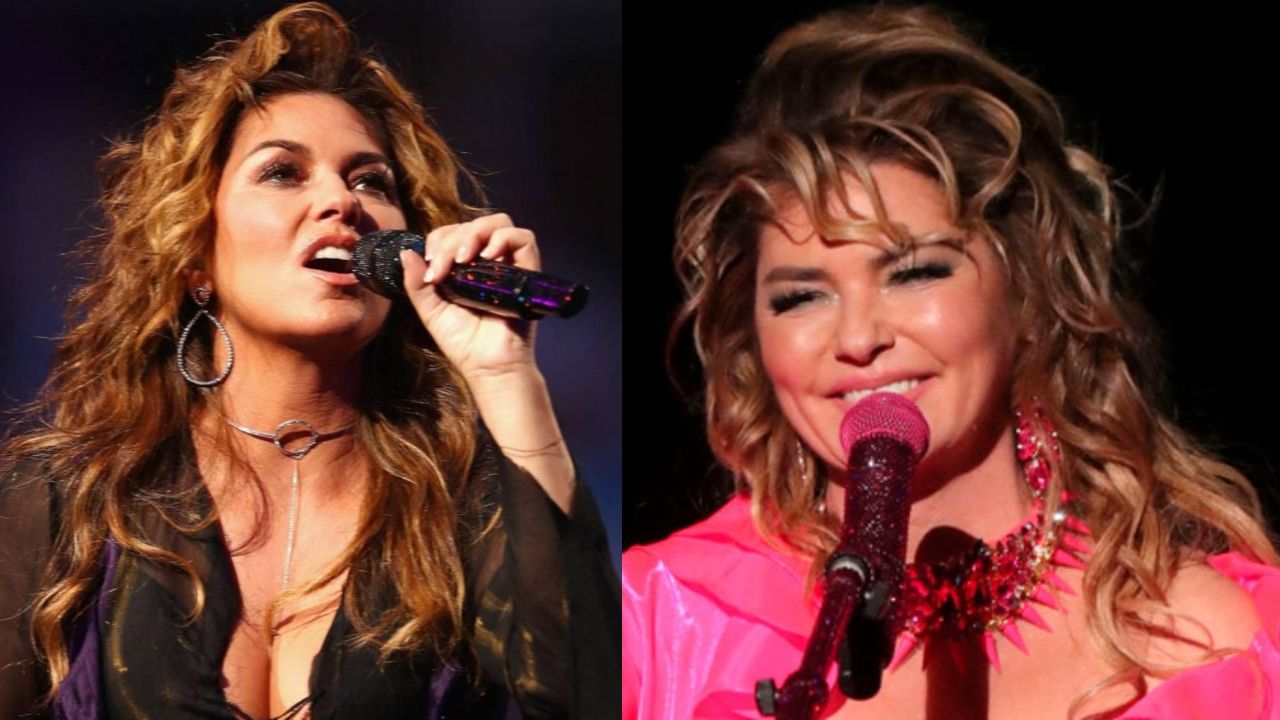 Shania Twain is the best-selling female artist in country music history and one of the best-selling music artists of all time. The Canadian singer-songwriter has made a big impact not only in the field of country music but she has also contributed to the pop scene. She has been named the leader of the 90s country-pop crossover stars by Billboard and her success has garnered her the title of the ‘Queen of Country Pop.’

Country’s Crossover Queen recently came out with a documentary titled Not Just A Girl in which she made revelations about the devasting Lyme disease that almost derailed her singing career amidst the betrayal from her former husband. That took the fans back to 2019 when Shania Twain’s weight gain had made headlines and they wondered whether it was because of her illness. Let’s find out!

Previously, we touched on the weight gain efforts of Joc Pederson and Leonard Fournette.

Shania Twain’s Weight Gain: Was It Caused By Lyme Disease Or Not?

Shania Twain‘s (@shaniatwain) weight gain is not a discussion people haven’t had before. It has been talked about before and it is being talked about again now in 2022. This new wave of discussions about the singer’s weight comes after the release of her new career-spanning documentary Not Just A Girl in which she opened up about how devastated she was when her spouse (now ex-husband) cheated on her with her best friend when she was dealing with the loss of her voice that was caused by Lyme disease (That debatably caused her weight gain as well).

Lyme disease did not just affect her voice (she lost control over her vocals which led her to think that she had lost her voice and subsequently her career forever) but also caused a lot of changes in her body. Like when the You’re Still The One hitmaker had a weight gain that could be said to be noticeable seeing as all her fans were talking about it just three years back when she broke her 16-year-long hiatus from American Music Awards and made a glorious comeback in 2019.

Shania Twain did look positively beautiful and happy performing for the crowd which was a real treat to watch but it kind of got tainted when people had more to say about her weight than her impressive performance. Fans might have just been harmlessly, which is to say not maliciously, making observations that ‘she looked a little bigger’ and ‘she must have had weight gain’ but because the weight gain turned out to be something that was likely caused by Lyme disease (most of them were not aware of this), it was a bit of a downer.

The Man! I Feel Like A Woman! songstress never bothered to respond to those comments about her weight gain so we don’t really know if Lyme disease had specifically caused that weight gain but many suspect that it is since fluctuation in weight due to Lyme disease is not unheard of. But it might have been an indirect cause of that.

The singer just had to undergo many invasive surgeries because of the chronic illness that it definitely took a toll on her body. Fitness might not have made it to her priority list given the extreme circumstances and her health situation.

Also, Shania Twain is in her fifties now. You can’t really expect her to look perfectly fit as weight gain is something that happens naturally as you start to age.

Besides, the Forever and for Always singer did not even look that big. The little weight gain she had did not warrant such a ruckus about it on social media. And currently, she looks fitter than ever at 56. Reportedly, she sticks to a protein-based diet that includes loads of vegetables and no meat, which she has said is her anti-aging and fitness secret. So, people can stop talking about the negligible weight she had a few years back.

A horseback ride in Norfolk, Virginia changed the course of Shania Twain‘s life and music career in 2003 just before she was due to go on a tour. She got bitten by a tick that was infected with Lyme disease and she contracted the bacterial infection. She recently opened up about the scary symptoms of the disease in the new Netflix documentary,

My symptoms were quite scary because before I was diagnosed, I was on stage very dizzy. I was losing my balance, I was afraid I was gonna fall off the stage… I was having these very, very, very millisecond blackouts, but regularly, every minute or every 30 seconds.

But those blackouts and dizziness were not as scary as what would come next. Shania Twain developed dysphonia which is a neurological disorder that affects speech and voice. That was possibly the worst thing that could happen to a singer. She started avoiding speaking on the phone and going to places that had ambient noise where you had to speak over the volume of others because it was very debilitating. She said,

Our voice is such a huge part of our self-expression. For a vocalist, a singer … it’s devastating in so many ways.

But for the best, looks like Shania Twain made it. Sure, it took her long but she came back stronger than ever. She thought that she had lost her voice forever and she would never ever sing again. But how wrong she was about it and how relieved and glad her fans are about that!

The Grammy-winning artist revealed in an interview that a doctor found out that it was nerve damage to her vocal cords caused directly caused by Lyme disease seven years after she contracted the disease. Only then did she undergo an open-throat surgery to stabilize her vocal cords, which helped her sing again. She doesn’t sound the same as before but at least, she has a voice now even if she has to put an effort into it.

My speaking voice is definitely the biggest effort. Sometimes I get a bit raspy … singing is actually easier. I have more power when I’m singing now. I have more character, I find. I enjoy singing again. Speaking is the more difficult challenge for me than singing, which, OK, I’ll take that!