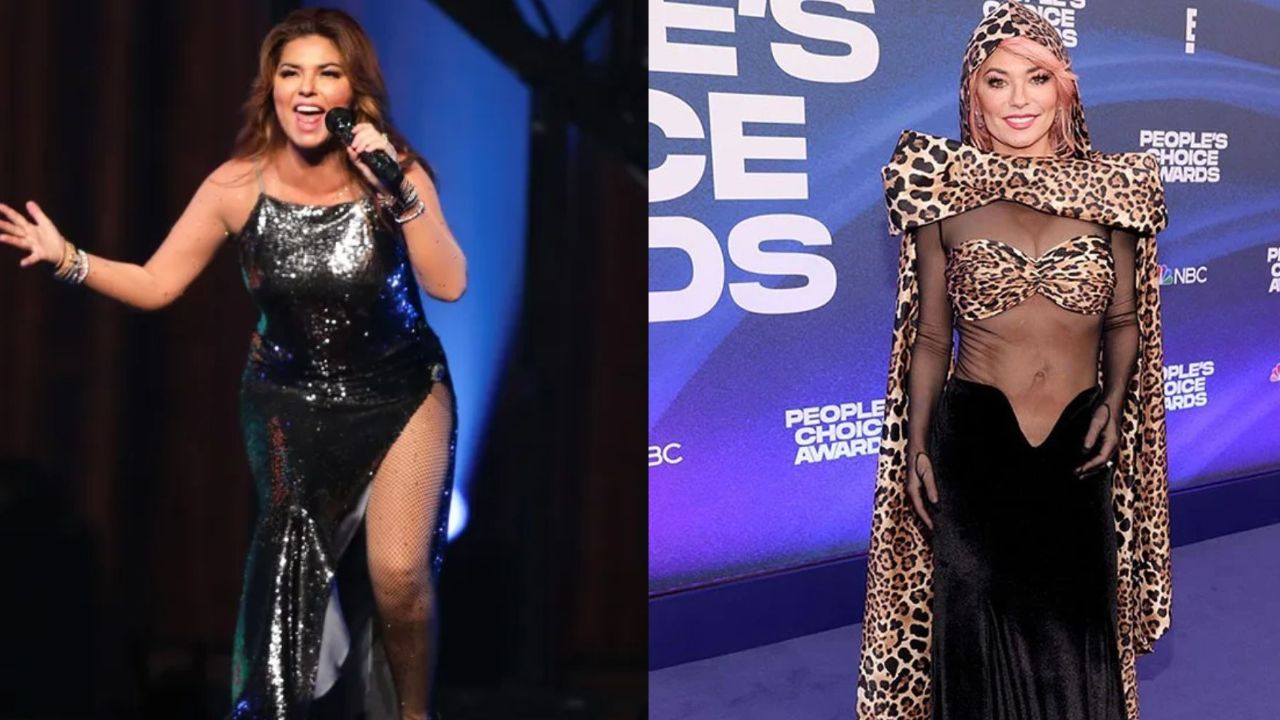 Shania Twain’s weight loss and slim physique shocked everyone in the audience at the 2022 People’s Choice Awards. It must have been her strict protein-based diet and workout schedules that involved playing tennis at the gym that must have physically transformed her from the time she gained weight due to Lyme disease. Shania Twain also walks a lot when she has no time for the gym and does horse riding a lot as exercises that must have helped in her weight loss.

Shania Twain is a Canadian singer and songwriter who rose to fame with her second studio album The Woman in Me which sold over 20 million copies worldwide and earned her a Grammy Award. This was her first collaboration with producer Mutt Lange who is now her former husband. Though she started out very weakly with her debut studio album becoming a commercial failure upon release, she surpassed her sophomore with the following album. Come On Over sold over 40 million copies worldwide and became the best-selling studio album by a female act in any genre and the best-selling album of all time.

She released two more albums after which she went on a hiatus because she was diagnosed with Lyme disease and dysphonia. In 2011, Shania Twain started performing again. Even though she had to just quit her career because of dysphonia, she was already a legacy act by then. She had sold over 100 million records and was the best-selling female artist in country music history and the sixth best-selling female artist in the United States.

She is mostly going on tours and doing residencies these days. Sometimes, she even surprises her fans by attending award shows like she did recently when she attended the 2022 People’s Choice Awards. But it was more than her presence, her appearance precisely that sent them into shocking awe because she looked incredible with her fit physique and toned abs. Weight loss was suiting her. She was glowing and looked healthy as well unlike when she had put on weight because of Lyme disease. Let’s learn more about Shania Twain’s weight loss!

Also, check out the weight loss stories of Marshal Yanda and Action Bronson.

Shania Twain’s Weight Loss: The Singer Showed off Her Toned Abs at the 2022 PCA Awards; She Credits Her Fit Physique to Horse-Riding and Other Diets and Exercises!

Shania Twain  (@shaniatwain) worked in an element of extreme surprise in her outfit for the 2022 People’s Choice Awards when she paid homage to her iconic look from her 1998 music video for the song That Don’t Impress Me Much. She left everyone shocked with her look in a see-through bodice with a leopard-print bra top, a black skirt, and a hood. Like what’s her age? She sure can’t look that slim and fit at 57. Didn’t she recently open up about Lyme disease which made her heavier? What’s with the extreme weight loss now? Is it healthy? Is she healthy?

Fans were left reeling when Shania Twain put her abs on display and flexed her incredibly toned core from which people couldn’t take their eyes off after seeing her through the gown’s sheer, mesh fabric. Just how much of a weight loss did she undergo and when? Her slim figure looked unattainable and incredibly impressive. She did not have the same figure half a year ago. She had drastically changed since then.

After viewers got over the shock of seeing Shania Twain’s impossible figure, they began wondering what kind of diet plan and workout routine she followed. What kind of schedule had helped her in the weight loss? For how long did she stick with it? And how long did the new routine take to get the results?

Well, she has not yet sat down for an interview after the recent show to tell people more about her diet and workout schedule which was her weight loss plan. But can we not hammer out the details from her old interviews from which we can take bits and pieces of information about her meal plans and exercise routines?

Like, in 2018, Shania Twain revealed that she gets way more strict when it came to her diet around the tour. Not the kind of strict where she forgets to live but still enough to make her incredibly slim and have that weight loss. As it happened, she is going on her huge Queen of Me tour in 2023 and so, she must have gone harder with the diet thing. She must have started weaning off French fries and started weaning in her green smoothies.

Shania Twain also shared that she tried to dominate her diet with more proteins always and she was very disciplined about that. The singer’s favorite treat was some dill pickle chips and a good cocktail, anyway but having more protein might have helped her in weight loss even if the results were not so significant at first.

And as for her workout routine, she told in an interview back in 2017 that her gym’s tennis court was a great place for her to get in some cardio. When she was able to play regularly, she would play three to five times a week. And when she was too busy to go to the gym, walking would be her key thing. It was, in a way, her shortcut when she was traveling and she couldn’t manage the environment around her or when her schedule was too much. If she had to go to an appointment, she would try to walk there or walk back. It must have been a great help in weight loss as well.

Besides walking and tennis at the gym, Shania Twain is also quite fond of horse riding. Like the good country girly she is, she loves horses and love riding them. And she credits her toned abs and weight loss to them.